In celebration of Black History month, General Motors' African American network hosted its 14th annual awards dinner in downtown Detroit honoring men and women who are making a difference in the lives of Detroiters and African Americans across the nation. 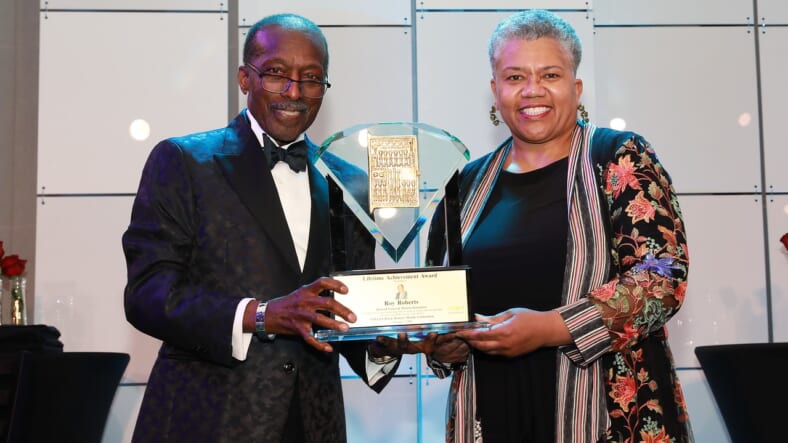 In celebration of Black History month, General Motors’ African American network (GMAAN) hosted its 14th annual awards dinner in downtown Detroit honoring men and women who are making a difference in the lives of Detroiters and African Americans across the nation.

The theme of this year’s event was “Driven By Culture, Defined By Innovation,” which recognized African Americans’ love of culture and innovation, highlighted the historical achievements of African Americans in science, technology, and design, while also shining a spotlight on current innovators.

The keynote speaker and recipient of the Trailblazer award was American inventor, Lonnie Johnson, Founder & CEO Johnson Research and Development. Johnson holds more than 120 patents and is known as the inventor of the Super Soaker water gun, which has been among the world’s bestselling toys every year since its release.

In his speech, Johnson recalls being very innovative and curious as a child, some of this curiosity coming at the expense of his family’s possessions. “I almost burned down his own house while making rocket fuel because I wanted to build a rocket. I was obsessed with it,” says Johnson. “At the time, I was the only black student in the school science fair at a time when African Americans did not have much presence in science. I created a robot and named “Linex”, which was a compressed-air powered robot and took home first prize. It was the beginning of my career in being an inventor.” Johnson then went on to attend college at Tuskegee University on a math scholarship. When he finished, he earned a B.S. in mechanical engineering and a master’s degree in nuclear engineering at Tuskegee University.

In speaking of Historically Black Colleges and Universities, GM’s Chevrolet team sponsors “Discover the Unexpected Journalism Fellowship,” which is headed into its fifth year. The fellowship awards six students attending HBCU’s a $10,000 scholarship, a $5,000 stipend and an opportunity to intern at African American-owned community newspapers. HBCU students have received nearly a half-million dollars in scholarships and stipends since the program’s inception in 2016.