Fearing controversy over serving cuisine that honors Black history, the management veered away. But students and workers in Penn's dining hall say the shouldn't have 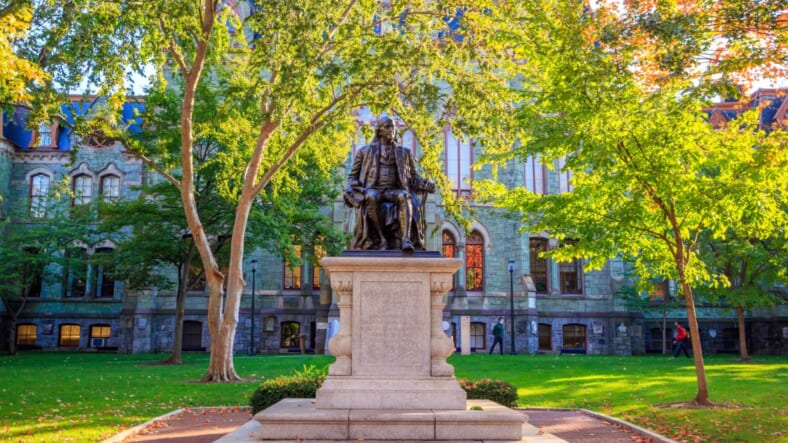 Students and dining hall employees at the University of Pennsylvania are joining to protest after the Ivy League school forbade the workers from serving Black History Month-themed meals, the Philadelphia Inquirer is reporting.

About 75 students gathered outside on Monday to support employees at the school’s Hillel Falk Dining Commons, whose workers were told they could not make the special meals.

Longtime cook Troy Harris told the crowd that Bon Appetit, the company that manages Penn’s dining halls, told him and other employees that the school did not want the embarrassment that comes with serving “soul food” meals that leave institutions open to ridicule.

And yet, Harris told the crowd, the school last year recognized the work of a black chef in Washington hailed for his kosher recipes.

The university underscored what Harris said at the gathering.

In the past, the school has been forthcoming about its celebrations, but in 2019, “took a different approach in light of what we saw happening in other universities where some students found the menus that were being served to be insensitive and stereotypical,” Barbara Lea-Kruger, school spokeswoman, told the Inquirer.

The tensions began simmering last month when dining hall employees they had to report to work on Jan. 21, Martin Luther King’s birthday observance.

“We had to work that day even though classes were canceled,” dining hall worker Elijah Wingate told the Inquirer, explaining that the school did not publicly acknowledge the national observance.

“We see them celebrate all these other holidays,” Wingate said. “It seemed like they should have celebrated for MLK Day too.”

Student Erik Vargas told the Inquirer that he and other students are worried that the dining employees “work very hard, for long hours and poverty wages.”

After Wingate addressed the crowd on Monday protesting the university’s stance, one student walked up to him and hugged him, the Inquirer reported. “We spend more time with you guys than we do with our families,” the student told Wingate.