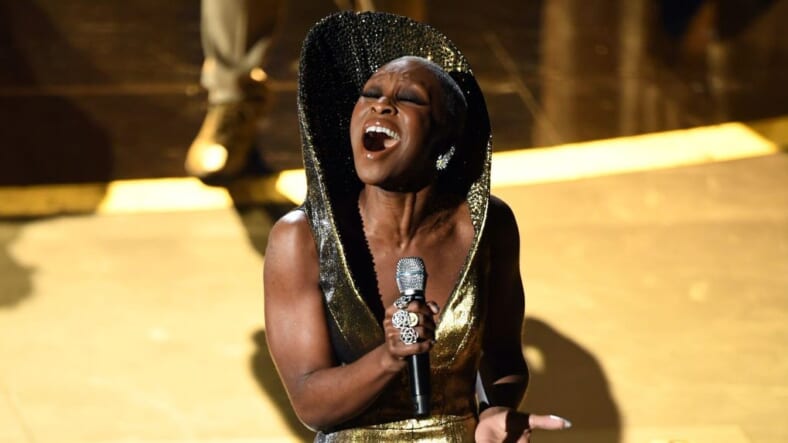 Cynthia Erivo may not have won the Academy Award for Best Actress but that didn’t stop the Harriett star from owning the Oscars stage on Sunday night.

Her rendition of “Stand Up” was easily the night’s most powerful performance and proved why the triple threat has the pipes to portray Aretha Franklin in the upcoming anthology series Genius.

She nearly brought the celeb-filled house down when she started singing after a sweet introduction from Zazie Beetz and Ricky Minor.

Check out her incredible performance:

TheGrio caught up with the talented beauty right before she performed a tribute to Janet Jackson at Clive Davis’ annual Pre-Grammy Gala a few weeks back and she shared her thoughts on being one of the only people of color nominated for an Academy Award this year.

The British beauty admitted the lack of diversity on this year’s list of nominees made the honor is somewhat bittersweet.

“Yeah. You know, because I want to be able to share it with other people,” she said.