#OscarsSoWhite is still very real despite the increased diversity in films. So, we decided to create our own list. 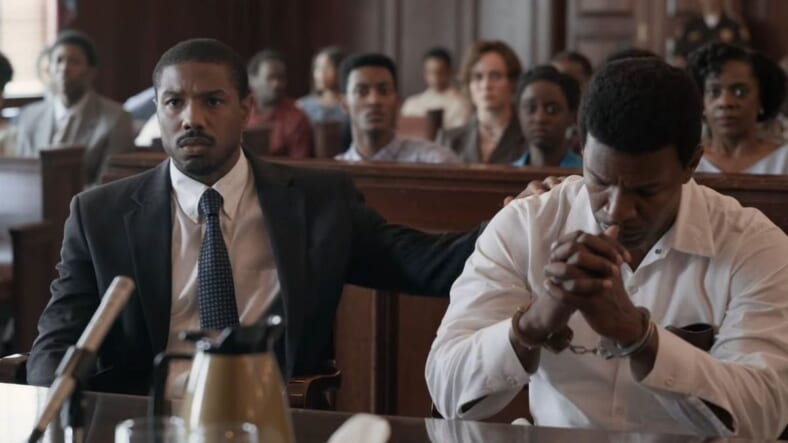 Hollywood is more diverse than ever before but this year’s Academy Award nominees certainly don’t reflect the changing landscape. The fact that Cynthia Erivo is the only Black person nominated in a major category for her role in Harriet when there were so many projects and performances from Black talent worth including is so disappointing, we decided to create our own list of would-be contenders if #OscarsSoWhite wasn’t a thing.

This talented actor deserves major recognition for two major roles. As the title character in Luce, he delivered a riveting portrayal of an all-star high school athlete and accomplished debater, who is a poster boy for the new American Dream.

In Waves, he gave another noteworthy performance as Tyler Williams, a popular high school athlete grappling with pressures of adolescence, love, drugs, and a domineering father (Sterling K. Brown), resulting in a mind-bending journey that left us breathless.

The most important film of the year was left out of the running entirely, despite incredible performances from Jamie Foxx, Michael B. Jordan, Rob Morgan, and Tim Blake Nelson. The pace was perfect, the subject matter is urgent, and the experience is enlightening and inspiring. What more could you ask for? We can’t help but wonder if the timely, thought-provoking, and contentious subject matter was too much for the Academy to acknowledge? Perhaps a larger conversation on the permeating and despicable bias against people of color in the criminal justice system was just too heavy to take on?

Although critics had mixed reviews of Queen & Slim, the first feature film from Lena Waithe and Melina Matsoukas, no one can deny how beautifully shot each scene was. From the sprawling landscapes to the tight shots of the main characters, the film showcased the magic of good cinematography and deserved to be recognized.

Beyoncé lent her voice to the Disney reboot in more ways than one, but her song “Spirit” was certainly a highlight of the film and captured the essence of this beloved tale beautifully.

Chinonye Chukwu deserves a nod for Clemency, the film that made her the first Black woman to win the U.S. Dramatic Grand Jury Prize at Sundance. Starring Alfre Woodard and Aldis Hodge, the film follows a prison warden and death row inmate in the days leading up to his execution. Chukwu wrote and directed the film and the research that went into it is certainly worthy of praise.

“She brought this infectious energy to set every single day. She was so excited about this film and working and going and just laughing and happy,” Hodge says of Chukwu. “She did the real work. She actually worked in the prison in Ohio for a number of years. She volunteered for two different clemency cases. She started a screenwriting program in the prisons. She was the real deal. Not only did she bring technical skill to this, but she also brought experience, which was invaluable.”

The Oscar-winner absolutely deserved a nod for directing his horrifying masterpiece, Us. Ponder what it took to pull off the extraordinary fete of helming a project centered on four actors playing two versions of themselves in a majority of the scenes. Think about what it took to guide these talents through the painstaking work of exercising the subtleties required to achieve the end result. Who else this year was more innovative in their film-making than Jordan Peele? We’ll wait. Don’t even get us started on the snubs the film received in the editing and effects categories, where it undoubtedly should have been recognized as well.

The fact that this mind-blowing talent wasn’t included on the list of Best Actress nominees for her roles in Us is simply astounding. Not only did she manage to pull off two extremely demanding characters in the same film, she often battled herself in the same scene. Oddly enough, the Academy Award applauded her performance as a slave in 12 Years a Slave, but when she carries an entire film on her own? No love.

Even if you hated the plot of this audacious horror film and somehow failed to recognize the Nyongo’s mind-boggling performances or Peele’s innovative approach to directing this marvel, who could deny what a fete it was to edit? With actors playing multiple characters in the same scenes it’s hard to imagine what it took to achieve such a seamless result.

Dolemite Is My Name starred Eddie Murphy and a long list of other huge stars including Wesley Snipes, Da’Vine Joy Randolph, and Keegan-Michael Key. Still, the most intriguing and mesmerizing aspect of the Netflix film was its ability to take us back to the 1970s and that had everything to do with the work Ruth E. Carter did on the costume design. 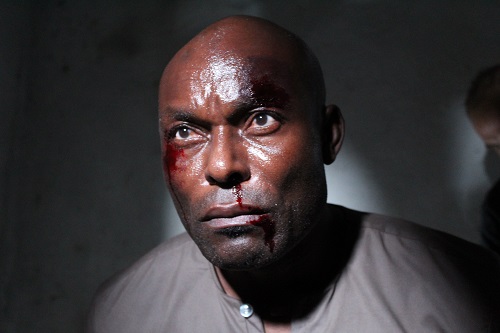 The first film submitted from Burkina Faso tells the story of Francis (Jimmy Jean-Louis) who is expecting a second child, a son. He looks forward to the birth of his heir. For Francis, having a son is crucial since the destruction of his country was devastated by a horrific earthquake in January 2010. His joy of welcoming a son to his happy family is short-lived. While Aissey is about to give birth, a civil war breaks out in Abidjan. His newborn son and his wife have disappeared. Despite his refusal, his 12-year-old daughter Haïla decides to accompany him on his quest. Francis discovers the unsuspected courage of Haïla.