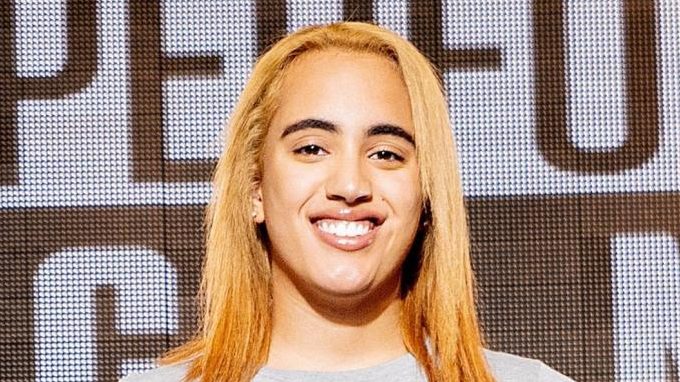 Looks like Dwayne Johnson‘s teen daughter Simone Johnson is following in her father’s legendary footsteps and has officially started her training with World Wrestling Entertainment (WWE).

According to the WWE, the 18-year-old –  who is the daughter of Johnson and his first wife (and current business partner) Dany Garcia – is currently preparing for her future in wrestling at the WWE Performance Center in Orlando, Florida.

As the organization points out, once she completes her training she is on a path to become, “the first fourth-generation Superstar in WWE history. She comes from a line of legends that includes her great-grandfather and grandfather, WWE Hall of Famers “High Chief” Peter Maivia and Rocky Johnson, and her father.”

“It means the world to me,” Johnson said. “To know that my family has such a personal connection to wrestling is really special to me and I feel grateful to have the opportunity, not only to wrestle, but to carry on that legacy.”

“Simone Johnson’s unbridled passion and incredible drive has earned her a coveted spot training with the elite athletes from around the world at the WWE Performance Center,” said Paul ‘Triple H’ Levesque, Executive Vice President, Talent, Live Events & Creative. “Not only does Simone now have an opportunity to cultivate and display her passion for WWE within the Performance Center, but she’ll carry on the tradition of her incredible family lineage while creating her own impact as WWE’s first fourth generation Superstar.”

As for the teen athlete’s reaction to carrying on the family legacy, she announced this new chapter in her journey via a tweet that featured a photo of her at the WWE Performance Center.

“For the little girl who fell in love with wrestling & was determined to make this dream a reality – this is for you. I’m beyond thankful for this opportunity & ready to get after it. Let’s do this,” she wrote in the caption.

For the little girl who fell in love with wrestling & was determined to make this dream a reality – this is for you. I’m beyond thankful for this opportunity & ready to get after it.

Let’s do this. @WWE @WWENXT pic.twitter.com/5lSKbWnHf7