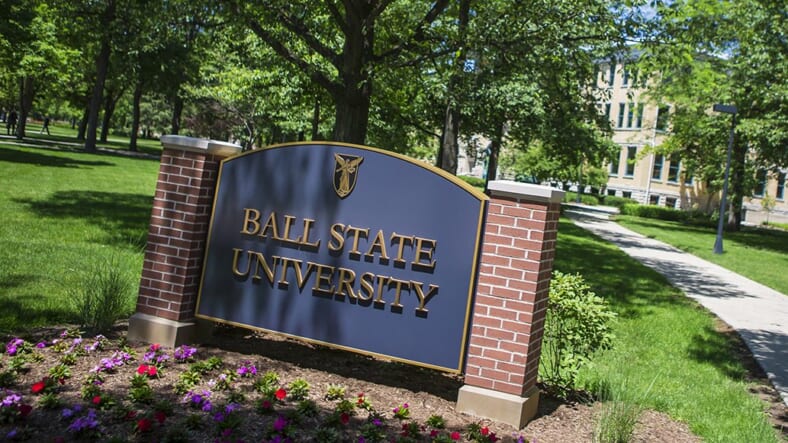 A Ball State University professor who made headlines after calling the police on a Black male student who refused to switch seats has now been suspended.

According to FOX59, Wednesday, the university announced marketing professor Shaheen Borna – who has been a member of the Ball State faculty since 1983 – would not be present for the rest of the semester, explaining in a statement, “This decision is in the best interest of Dr. Borna and University.”

“The decision was made to ensure continuity in the curriculum, eliminate any unnecessary distractions, and help our students complete the appropriate course expectations,” the correspondence concluded.

Sultan Benson, who is a senior at BSU, said that on January 21st he walked into his Marketing 301 class and noted another student was sitting in his assigned seat.

“I just decided after the professor asked me to sit in the back, take my seat in the back. It is what it is, no problem, no harm no foul,” Benson told the local FOX affiliate.

A half-hour into the class when another student left, Borna asked Benson to move up. Benson admits he was already settled into the back of the class with his belongings unpacked and his laptop was charging, and inquired as to why him moving was necessary.

That’s when the professor told him, “Either move your seat or I call the police.”

True to his threat, two campus police officers showed up to the classroom at his request. A cell phone video shows several students attempting to come to Benson’s defense.

“He didn’t do anything,” he can hear them arguing in protest.

Borna later conceded that Benson would be allowed back in class Thursday and sent a letter apologizing to him and the entire class.

“Dear Mr. Benson, Today, during our Marketing 310 class, a situation arose that I mishandled. I sincerely apologize for this,” read the message. “As a professor at Ball State University, it is my responsibility to ensure that you and all of my students receive an excellent educational experience. I am sorry that my actions today did not contribute to that. I hope you accept my sincere apology.”

Despite the apology, Benson no longer feels comfortable returning to Borna’s class and has met with the dean to change classes.