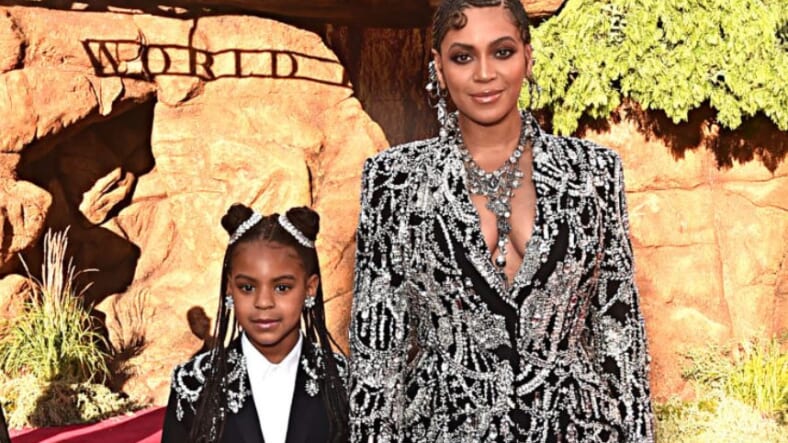 At just eight-years-old Blue Ivy Carter can say she is an NAACP Image Award winner after “Brown Skin Girl” won the award for Outstanding Duo, Group of Collaboration.

The song is a collaboration that saw Blue Ivy appear next to her mother Beyonce, Saint JHN and Wizkid. “Brown Skin Girl” was on The Lion King: The Gift album, which released in 2019.

The win for Blue Ivy was acknowledged by her grandmother Tina Knowles Lawson who celebrated online. “Congratulations BLUE IVY on your NAACP award last night for singing and writing on “Brown Skin Girl” from the Album The Gift.,” Lawson wrote. “The youngest artist to win a major award Grandma is soo proud of you.”

“Brown Skin Girl” didn’t only give Blue Ivy Carter her first major award but also placed her on the Billboard Hot 100 for the first time when it made its debut at No. 76 back in July. The Lion King: The Gift album hit the charts peaking at No. 2.

Blue Ivy’s trophy case also features a BET Soul Train Award for “Brown Skin Girl.” She was honored as a song-writer when receiving the Ashford & Simpson Songwriter’s Award, according to Entertainment Weekly. When the single was first released a viral #BrownSkinGirlChallenge hit social media featuring Black women like Gabrielle Union and Lupita Nyong’o. Blue Ivy also appeared in the music video for “Spirit” from The Lion King: The Gift album.

The win is also notable for WizKid who became the first Nigerian to win the award.