"I think that we send a very clear message to people of color that you’re not welcome here." 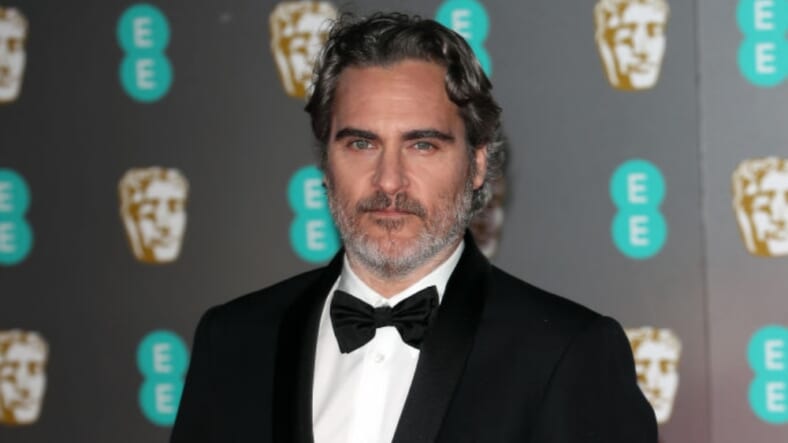 Joaquin Phoenix took a moment meant for the spotlight this week to urge the British Academy Film Awards to do better in ending systemic oppression.

After winning the award for best leading actor for Joker on Sunday, Phoenix told the BAFTA audience that while he was honored to get recognized for his performance, he was “ashamed” at how the BAFTA has treated actors of color, CNN is reporting. He said it was a longstanding issue that needs to be addressed now.

“I feel conflicted because so many of my fellow actors that are deserving don’t have that same privilege. I think that we send a very clear message to people of color that you’re not welcome here,” Phoenix said during his acceptance speech. “I think that’s the message that we’re sending to people that have contributed so much to our medium and our industry and in ways that we benefit from.”

Phoenix added that he is not suggesting to nominate actors and films that are not worthy of recognition. However, if the BAFTAs diversified, they would be featuring the truest slate of contenders that honors work from everyone and not just white people.

“I don’t think anybody wants a handout or preferential treatment, although that’s what we give ourselves every year,” Phoenix said. “I think people want to be appreciated and respected for their work.”

The actor, who was born in Puerto Rico to white American parents, said he would apply the same criticism to himself. He acknowledged that he sees himself as “part of the problem,” CNN reports.

“I have not done everything in my power — not all sets I’ve worked on are inclusive,” he explained.

The Oscar nominees followed the same disturbing trend, with mostly white men leading each of the major award categories.

Last month, after the BAFTA nominations were unveiled, the organization said it would carefully review the voting process. Many will be looking.

“Let’s see how (the review) does, whether it affects next year or the year after who knows, but I definitely think it’s time for change, we can’t overlook it anymore,” actress Cynthia Erivo (who starred in Harriet) told Variety.