Staples Center, the “House that Kobe Built”, turns into memorial site for fans of Bryant and Gianna

The Staples Center, the house that the Black Mamba built, was packed with A-listers and fans from around the country

Kobe Bryant #24 of the Los Angeles Lakers at Staples Center. (Photo by Christian Petersen/Getty Images)
In the weeks leading up to the memorial for arguably the greatest Laker ever, many wondered where it would take place? Would Kobe Bryant get his final tribute at the Staples Center? It is the place nicknamed “the house that Kobe built,” and the same site where Kobe won five NBA championships. Michael Jackson and Nipsey Hussle received tributes in the arena so it would make sense to have it there but the Black Mamba is so popular in California (not only domestically but internationally) many believed it would be at the nearby Coliseum, which holds almost 80,000 people, much more than the 20,000 the Staples Center holds.
In the end, Kobe got his farewell at his home, and it was maybe the most bittersweet moment in LA sports history. 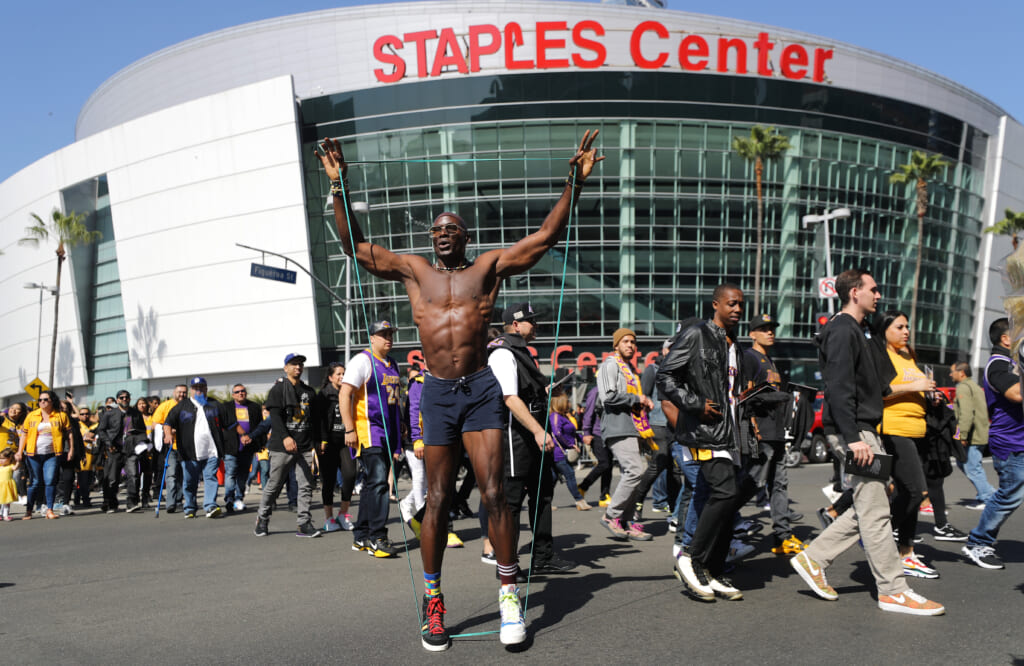 LOS ANGELES, CALIFORNIA – FEBRUARY 24: A man exercises as fans depart from the ‘Celebration of Life for Kobe and Gianna Bryant’ memorial service at the Staples Center on February 24, 2020 in Los Angeles, California. Los Angeles Lakers NBA star Kobe Bryant, 41, and his 13-year-old daughter Gianna were killed along with seven others in a helicopter crash near Los Angeles on January 26. (Photo by Mario Tama/Getty Images)

With fans wanting to attend the memorial far outnumbering the number of seats, many were left without a real way to mourn. Yes, they could have stayed at home but hardcore Kobe fans had to feel the energy of the Staples Center. Even though fans without tickets were warned to stay home, thousands came anyway.

READ MORE: WATCH: Vanessa Bryant speaks about Gigi and Kobe Bryant at Celebration of Life: “God knew they couldn’t be on this earth without each other”

They didn’t mind missing Beyoncé open the star-studded event. The arena was packed with A-list celebs, which is exactly how Kobe’s games were. They didn’t care that the tv screens were dark and barricades didn’t allow anyone without a ticket onto the property. Black Mamba disciples of all different races, ages, and backgrounds came together to chant KOBE, and share a story, a cry and laugh and sometimes all three at the same time. 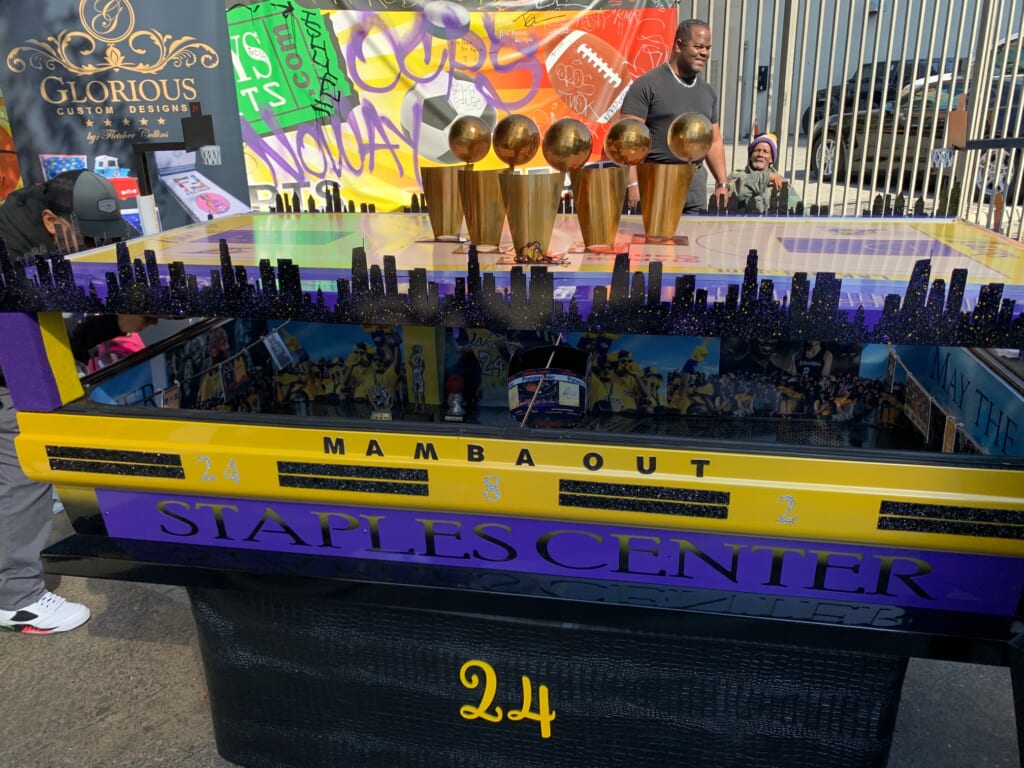 TheGrio‘s special correspondent, Tony Anderson, spoke with folks who had flown in from Boston, New York, and Maryland, WITHOUT tickets. They were waitlisted but even without a guaranteed ticket, they were willing to make the trip just for a chance to witness Kobe’s memorial. One brother brought his entire family: wife, three kids and all- to LA from NYC. They weren’t happy about not having a ticket but they just had to be in the mix. Lesson learned. Even if you try to lock it down, you cannot keep his followers from the house that Kobe built. The Mamba mentality is strong. Mamba out.