WATCH: Vanessa Bryant speaks about Gigi and Kobe Bryant at Celebration of Life: “God knew they couldn’t be on this earth without each other” 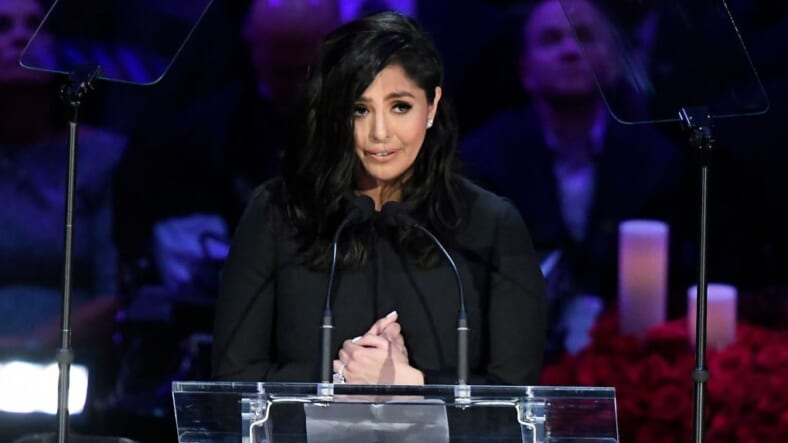 Vanessa Bryant took the stage at the memorial for her husband, Kobe Bryant, and daughter, Gigi Bryant.

Dressed in a gorgeous black dress, she took several deep breaths before she began to speak. She spoke about her 13-year-old daughter in great detail, educating the crows about the sweet girl who died alongside her father and seven others on January 26.

Beyonce performs “XO” and “Halo” to open Kobe Bryant Memorial: “This was one of his favorite songs”

She sobbed several times while speaking about her daughter and said she would have likely become a star of the WNBA. “She would have made a huge difference in women’s basketball.”
Prior to the public memorial, Vanessa Bryant had only made statements about the tragedy via her social media accounts. She and Kobe Bryant were married in 2001 when Vanessa was just 19 and Kobe was 22. They shared four daughters.

“I was his first girlfriend, his first love, his wife, his best friend, his confidant, and his protector. He was the most amazing husband,” she said. “He was charismatic, a gentleman. He was loving, caring, and romantic.”
Watch her speech below: