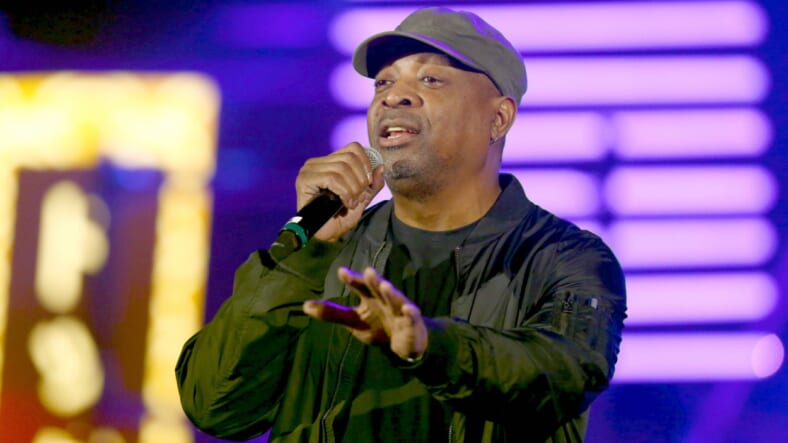 Last week, Sanders’ campaign announced that the hip hop group, best known for their “Fight The Power” anthem, would be performing at Sanders’ rally on March 1, at the Los Angeles Convention Center.

However, Flav, an original member and founder of Public Enemy, has said otherwise.

According to details from the cease and desist, issued by Flav’s lawyer on Saturday, the veteran rapper feels that Bernie is misrepresenting the group’s appearance. This is primarily because Chuck D, co-founder of Public Enemy, is the only one expected and intended to attend.

The letter states that “there is no public enemy without Flavor Flav,” and goes on to criticize the terms and conditions of the booking.

“The continued publicizing of this grossly misleading narrative is, at a minimum, careless and irresponsible if not intentionally misleading,” the statement reads.

It continues, “Flav is reaching out, not in the spirit of division, but for the sake of unity in the hope of preserving the integrity of the Public Enemy Movement and the faith and trust his millions of fans around the world have placed in him.”

The letter also goes on to reveal that Flav “has not endorsed any political candidate in this election cycle.” At the end of the formal statement, Flav personally signs off by handwriting, “Hey Bernie, don’t do this!!”

Soon after news of Flav’s letter went viral, rapper Chuck D took to his own Twitter to address the matter. He made it clear that although he feels no candidate speaks directly to him or his issues, he can get behind Sanders and various aspects of his agenda.

“I dig aspects of Bern. Hate the party Bulsht. But can relate to half the issues & get forward. Use your minds & be ready to fight whoever in office,” Chuck stated, before ending with, “Wake the f** up get off your asses make yourself important where YOU live.”

I dig aspects of Bern. Hate the party Bulsht. But can relate to half the issues & get forward. Use your minds & be ready to fight whoever in office. My rap bro @KillerMike is nice.I am not-Wake the fcuk up get off your asses make yourself important where YOU live. This aint vodka pic.twitter.com/ltfhdDLsqZ