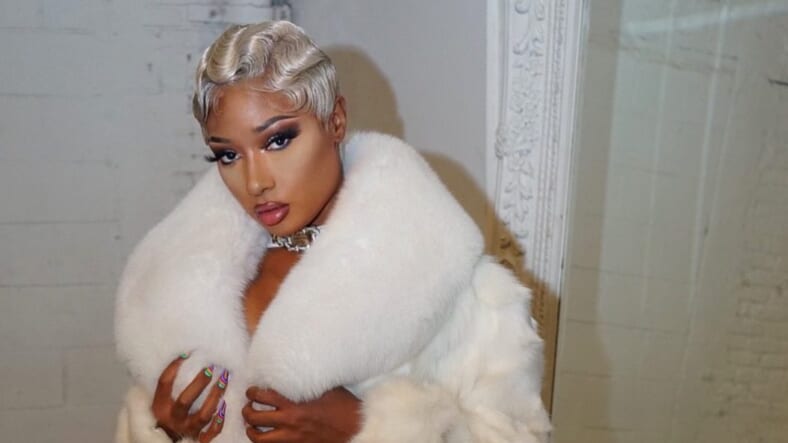 Megan Thee Stallion kicked off her March by letting the world know that her record label 1501 Certified Entertainment was actively blocking her from releasing new music. Now she’s gotten the courts involved in her quest for a renegotiation of her contract.

Sunday, the Houston rapper made allegations during an Instagram Live session that she wasn’t fully educated on the terms of her contract when she signed with 1501. She recalled how when she asked to renegotiate the document she was instead barred from releasing new work.

Megan Thee Stallion says that 1501 isn’t letting her drop new music due to her requesting to renegotiate her contract. pic.twitter.com/4Uz5vXwmD0

READ MORE: Megan Thee Stallion calls out record label for refusing to renegotiate with her

Now TMZ is reporting that Meg has now opted to file a lawsuit seeking to terminate her contract altogether. Monday, a temporary restraining order was granted to allow the release of new music and documents.

According to the entertainment news site, “she claims the deal calls for 1501 Certified to get 60% of her recording income. The remaining 40% goes to her, but she has to use that to pay engineers, mixers and featured artists who work on the songs.”

The initial contract requires Megan’s touring and live performances to be paid directly to the label, who is in turn meant to give her a detailed accounting of what she’s owed. But the entertainer believes what they’ve provided is not only incomplete but also “purposefully and deceptively vague.”

The rapper also claims intimidation tactics were used against people in the industry. A producer was once formerly made to hand over beats or Rap-a-Lot Records founder J. Prince would be pissed as a result.

“Prince is notorious in the industry for strong-armed intimidation tactics, and the comment was taken as a physical threat of harm.”

Certified Entertainment and its CEO Carl Crawford have denied all the allegations. The former Major League Baseball star told Billboard that there has never been an attempt to interfere with Megan’s career.

“It’s a whole lie,” Crawford said. “Nothing is true that she said. Me being greedy and taking money from her, that’s crazy. I never tried to take nothing from her. The only thing we ever did was give, give, give.”

Crawford believed that his relationship with the rapper changed after she signed with Roc Nation last September as part of a management deal. He alleged that the rising star stopped returning his calls and refused to pay him for merchandise and live touring proceeds owed.

In his view, Jay Z and Roc Nation were trying to “stronghold” him and his label.

“Everybody in the industry knows this is what Jay-Z and Roc Nation do: They come in, the find the smallest things wrong with the problem — because there weren’t any problems before she left — and then she says that I didn’t want to negotiate?”

“We signed a deal. Honor your contract and let’s just keep doing business how we been doing and everything is fine. Nobody is trying to rob you,” he said.