Sanders seized victory in California, while Biden scored wins in African-American strongholds in the South

The two Democrats, lifelong politicians with starkly different visions for America’s future, were battling for delegates as 14 states and one U.S. territory held a series of high-stakes elections that marked the most significant day of voting in the party’s 2020 presidential nomination fight.

The clash between Biden and Sanders, each leading coalitions of disparate demographics and political beliefs, peaked on a day that could determine whether the Democrats select their nominee before the party’s 2020 nomination fight will stretch all the way to the party’s July convention or be decided much sooner. 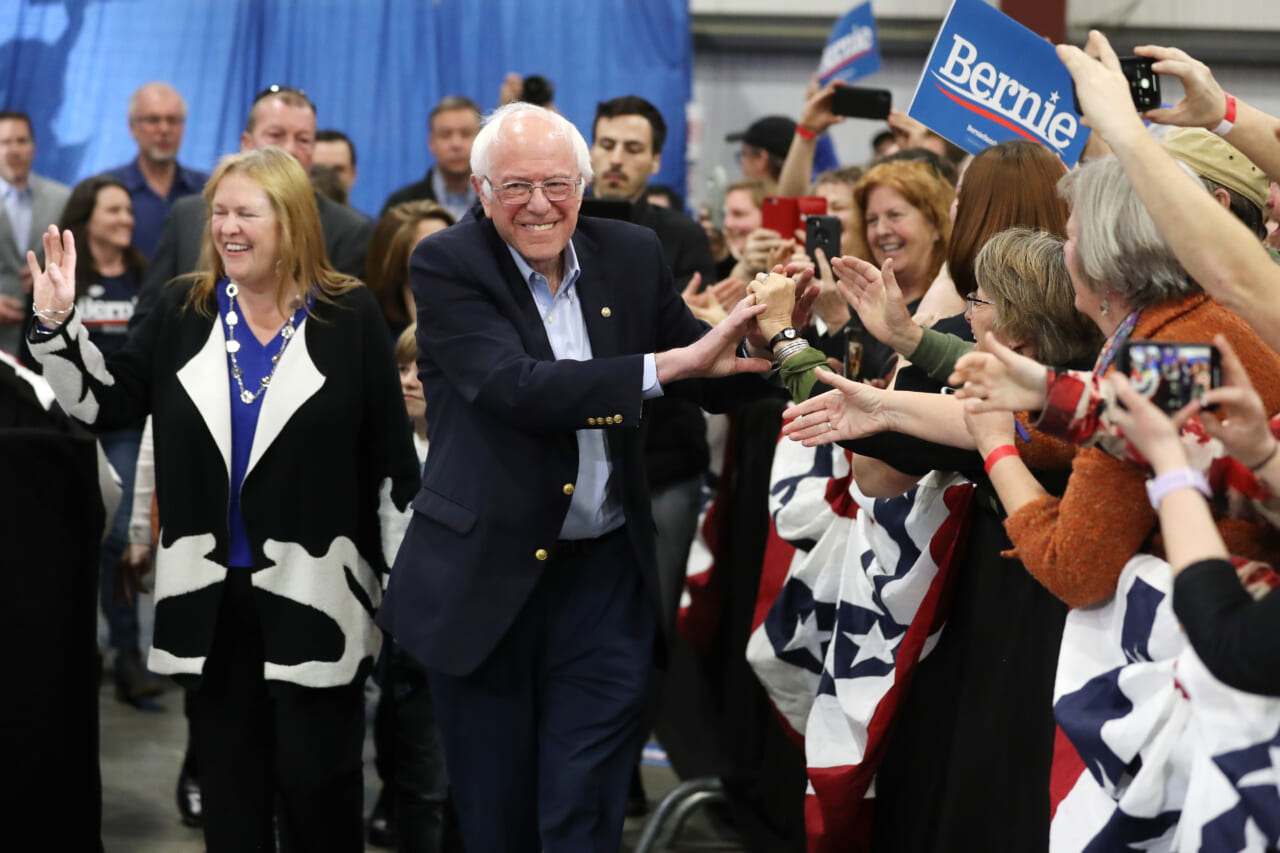 The former vice president and the three-term senator took aim at each other from dueling victory speeches separated by 2,500 miles (4,000 kilometers) Tuesday night.

“People are talking about a revolution. We started a movement,” Biden charged in Los Angeles, knocking one of Sanders’ signature lines.

And without citing his surging rival by name, Sanders swiped at Biden from a victory speech in Burlington, Vermont.

“You cannot beat Trump with the same-old, same-old kind of politics,” Sanders declared, ticking down a list of past policy differences with Biden on Social Security, trade and military force. “This will become a contrast in ideas.”

Mike Bloomberg’s sole victory was in the territory of American Samoa. The billionaire former New York mayor will reassess his campaign on Wednesday, according to a person close to his operation who spoke on the condition of anonymity to describe internal deliberations.

Elizabeth Warren had yet to post any early wins and lost her home state of Massachusetts to Biden in a devastating defeat.

Sanders, a Vermont senator, opened the night as the undisputed Democratic front-runner. He claimed decisive victories in his home state of Vermont, Utah, and Colorado.

Yet Biden scored wins in Warren’s native Oklahoma and a swath of Southern states including Virginia, Alabama, North Carolina, Tennessee and Arkansas signaled he was cementing his status as the standard-bearer for the Democrats’ establishment wing.

In a sign of his strength across the country, Biden also won Minnesota, a state Sanders had hoped to put in his column.

Biden racked up the victories despite being dramatically outspent by moderate rival Bloomberg, who poured more than $19 million into television advertising in Virginia. Biden, meanwhile, spent less than $200,000.

A key to Biden’s success: Black voters. Biden, who served two terms as President Barack Obama’s vice president, won 60% of the Black vote in Alabama, where African Americans made up more than half the Democratic electorate on Tuesday. Bloomberg earned 25%, and Sanders won about 10% of African American votes, according to AP VoteCast, a wide-ranging survey of the electorate. 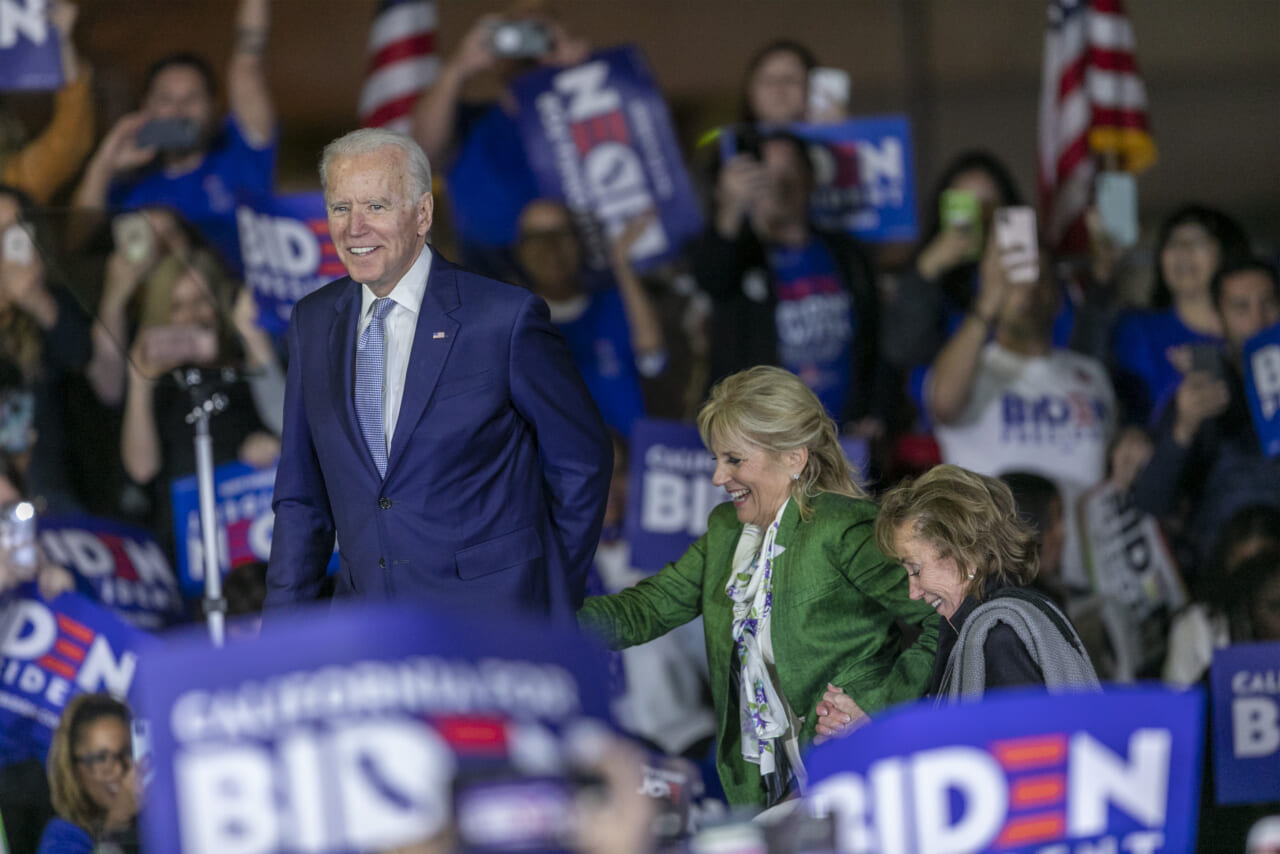 The Democratic race has shifted dramatically over the past three days as Biden capitalized on his commanding South Carolina victory to persuade anxious establishment allies to rally behind his campaign. Former rivals Amy Klobuchar and Pete Buttigieg abruptly ended their campaigns and endorsed Biden.

Biden’s win in South Carolina, his first in the 2020 election season, rescued his campaign from the brink after three consecutive weak finishes last month.

Sanders had predicted victory in California, the day’s largest delegate prize. The state, like delegate-rich Texas, plays to his strengths, given its significant factions of liberal whites, large urban areas with younger voters and strong Latino populations.

In Biden and Sanders, Democrats have a stark choice in what kind of candidate they want to run against President Donald Trump in November.

Sanders is a 78-year-old democratic socialist who relies on an energized coalition of his party’s far-left flank that embraces his decadeslong fight to transform the nation’s political and economic systems. Biden is a 77-year-old lifelong leader of his party’s Washington establishment who emphasizes a more pragmatic approach to core policy issues like health care and climate change.

Across the Super Tuesday states there were early questions about Sanders’ claims that he is growing his support from his 2016 bid.

Biden bested him in Oklahoma, though Sanders won the state against Hillary Clinton four years ago. And in Virginia, where Democratic turnout surpassed 2016 by more than 500,000 votes, Sanders’ vote share dropped significantly.

Meanwhile, Bloomberg was trying to look beyond the primary to the November election against Trump, who racked up easy victories in lightly contested Republican primaries across the country.

“We have the resources to beat Trump in swing states that Democrats lost in 2016,” he said Tuesday night while campaigning in Florida.

Warren was also fighting to be optimistic.

Facing a roaring crowd in Michigan, she called on her supporters to ignore the political pundits and predictions as her advisers insist she’s willing to go all the way to a contested convention in July even if she doesn’t claim an outright victory anywhere.

“Here’s my advice: Cast a vote that will make you proud. Cast a vote from your heart,” Warren declared. She added: “You don’t get what you don’t fight for. I am in this fight.”

With votes still being counted across the country, The Associated Press has allocated 309 Biden, 204 delegates to Sanders, 21 to Bloomberg, 19 to Warren and one for Rep. Tulsi Gabbard. The numbers are expected to shift dramatically throughout the night as new states, none bigger than California, report their numbers and as some candidates hover around the 15% vote threshold they must hit to earn delegates.

The ultimate nominee must ultimately claim 1,991 delegates, which is a majority of the 3,979 pledged delegates available this primary season.

Associated Press writers Zeke Miller and Brian Slodysko in Washington and Kathleen Ronayne in Los Angeles contributed to this report.