The nation's highest court allowed the death penalty to proceed in a stunning reversal. 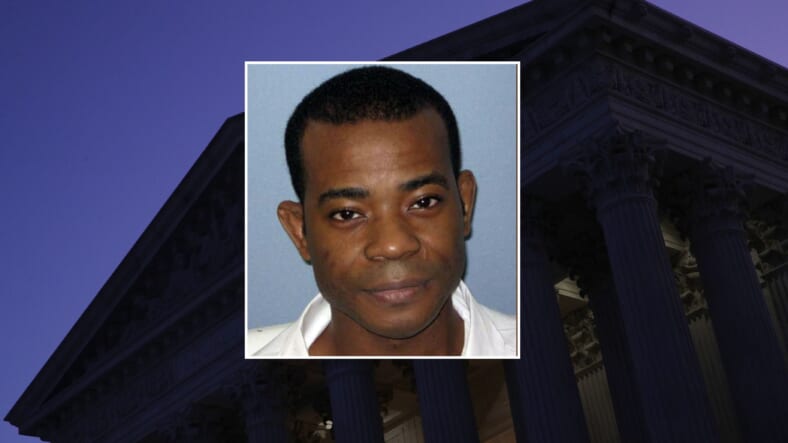 Nathaniel Woods was executed on Thursday night just hours after the Supreme Court had initially granted a temporary stay, but ultimately reversed that decision.

In the minutes before Woods, 44, was set to die by lethal injection in an Alabama prison, Justice Clarence Thomas halted the execution “pending further order of the undersigned or of the Court,” ABC News reported.

Hours later, however, the court denied the stay and the execution was back on.

Woods was convicted of capital murder in the 2004 shooting deaths of three police officers. However, he was not directly a part of the slayings. Despite that, prosecutors successfully convinced a jury that Woods was part of a conspiracy in the murders carried out by his co-defendant Kerry Spencer.

Spencer maintained that Woods had nothing to do with the slayings and, according to CNN, said he even ran during the shooting which also left a fourth officer injured.

The court’s reversal came after Republican Alabama Gov. Kay Ivey reviewed a letter requesting a reprieve from the death sentence. Ivey ultimately decided that she would allow the execution to proceed.

“Governor Ivey does not presently intend to exercise her powers of commutation or reprieve in this case,” general counsel William G. Parker Jr. wrote.

“While Governor Ivey reserves the right to grant clemency at any time before an execution is carried out, she has determined, based on her review of the complete record, including the matters presented in your letter, that clemency for Mr. Woods at this hour is unwarranted.”

Woods’ family and supporters have maintained his innocence and desperately pleaded for Gov. Ivey to stop the execution from moving forward. In the days leading up to the initially scheduled execution, Martin Luther King III sent a letter to the governor on Woods’ behalf.

“Killing this African American man, whose case appears to have been strongly mishandled by the courts, could produce an irreversible injustice. Are you willing to allow a potentially innocent man to be executed?” King wrote.

“My father said, ‘injustice anywhere is a threat to justice everywhere,’ and so I pray that God grants you the courage to do the right thing: to delay his execution.”

Woods has sought to appeal his conviction, citing inadequate representation from his lawyer – mainly for withholding information that says he cannot be convicted of capital murder as an accomplice.

He said his previous counsel also convinced him not to accept a plea deal that would have given him a sentence of 20 to 25 years in prison.

Birmingham police officers Carlos Owen, Harley Chisholm III, and Charles Bennett were shot and killed on June 17, 2004, while serving a misdemeanor assault warrant for Woods in Birmingham at what is believed to have been a crack house.

Spencer confessed to being the sole gunman who killed the police, however, both men were convicted on capital murder charges. Prosecutors argued that Woods and Spencer acted together to kill the officers.

The sister of Officer Chisholm also came out against the execution in a statement to local journalist Beth Shelburne.

Just got off phone with Kimberly Chisholm Simmons, sister of Harley Chisholm III, one of 3 Birmingham police officers killed in 2004. She does not support the execution of #NateWoods. “He did not kill my brother. This is so unjust. I don’t understand,” she told me in tears. 1/5 pic.twitter.com/bwt7jKRLPp

“He did not kill my brother. This is so unjust. I don’t understand,” Harley Chisholm III said, reportedly in tears while on the phone.

“She tried to contact @GovernorKayIvey, but was told the Gov was in a meeting. She spoke with a staff member, expressing her deep misgivings about Nate’s death warrant. She asked them to please grant mercy. She was told someone would call her back. No one ever did,” Shelburne tweeted after Woods’ execution.

“They just want him dead. I did at one time too. But when God gets hold of your heart and demands forgiveness and mercy, I have to follow that. I hated them but I knew in my heart that was wrong. It saddens me that an innocent man will be executed.

“She told me her brother was an honorable man. Her family grieved his death and suffered for years after the crime,” she added.

“She is not against the death penalty but believes Nate is not responsible. ‘He was just a loud-mouthed kid,’ she said. ‘This madness has got to stop.'”