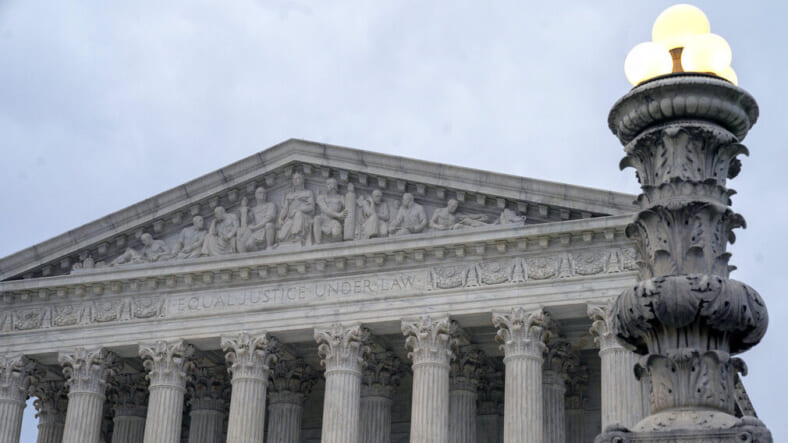 In this Jan. 7, 2019 photo, The Supreme Court is seen in Washington. Supreme Court justices are again considering how to keep prosecutors from removing African-Americans from criminal juries for racially biased reasons, this time in a case involving a Mississippi death row inmate who has been tried six times for murder. (AP Photo/J. Scott Applewhite)

A man on Georgia’s death row since 1991 had won a stay of execution from the U.S. Supreme Court just over two years ago. Unfortunately, he could not survive the wait to have his conviction overturned and died in prison last week.

The lawyers for Keith “Bo” Tharpe had been trying to win his freedom for years, after a white juror from his trial made several racist remarks to those lawyers in interviews. But Tharpe died last Friday at age 61, likely from complications from cancer, according to one of the groups fighting his case.

READ MORE: Rapper 6ix9ine believes that he is no longer safe in prison and wants out

Marcia Widder, one of the lawyers helping Tharpe’s appeal for the Georgia Resource Center, called the refusal by several higher courts to consider the inflammatory comments by the juror “a stain on the judicial system,” according to the Atlanta Journal-Constitution.

Tharpe died at the Georgia Diagnostic and Classification Prison in Butts County, the paper reported.

Tharpe had been convicted and sentenced to death for the killing of his sister-in-law, Jacquelin Freeman, according to the Journal-Constitution. But in a signed affidavit seven years later juror Barney Gattie spoke to Tharpe’s lawyers and made multiple racist remarks, using a racial slur in one instance.

“After studying the Bible, I have wondered if Black people even have souls, ” Gattie was recorded as saying, according to the Journal-Constitution at the time. He added that he voted to sentence Tharpe to death because he “wasn’t in the ‘good’ Black folks category,” as the victim had been in his mind. Gattie reportedly backed off that statement later.

On the night of September 26, 2017, the Supreme Court ruled 6-3 to grant Tharpe a stay of execution, according to the Journal-Constitution. His lethal injection had been scheduled for 7 p.m. local time that evening; he had already eaten what was to have been his last meal. The admissions by the white juror were the determining factor in the court returning the case to the lower courts.

But a three-judge panel of the U.S. Circuit Court of Appeals ruled in 2018 that it would not hear his appeal, declining to retroactively apply the standard the Supreme Court used to grant the stay based on the juror’s seeming racial animus. The Supreme Court last year refused to hear Tharpe’s subsequent appeal.