King writes to Governor Ivey, 'In just 2 days, your state is set to kill a man who is very likely innocent' 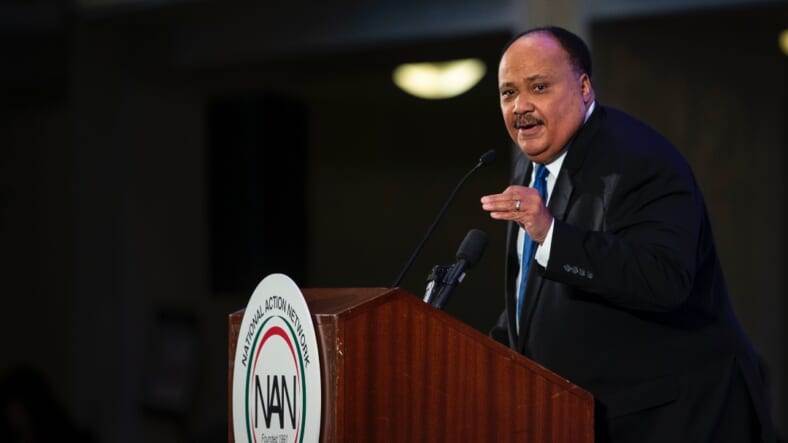 Woods was convicted of capital murder in the 2004 killings of three Alabama police officers. He has long said he was not the person responsible for shooting the officers and that he received poor representation during his 2005 trial, reported ABC News.

King reminded Ivey of his father’s prescient words that “injustice anywhere is a threat to justice everywhere.” He joins roughly 70,000 people who signed a petition on Change.org to halt Woods’ execution.

“In just 2 days, your state, and the state I was born in, is set to kill a man who is very likely innocent,” King wrote in a letter sent to Ivey on Tuesday.

“Killing this African American man, whose case appears to have been strongly mishandled by the courts, could produce an irreversible injustice. Are you willing to allow a potentially innocent man to be executed?”

In his letter, King wrote that Ivey has declined to discuss the case with him in person or over the phone. Gina Maiola, the governor’s press secretary, told ABC News yesterday that Ivey’s office has not yet released a statement on Woods’ case,

Birmingham police officers Carlos Owen, Harley Chisholm III, and Charles Bennett were shot and killed on June 17, 2004, while serving a misdemeanor assault warrant for Woods in Birmingham at what is believed to have been a crack house.

Kerry Spencer confessed to being the sole gunman who killed the police, however, both men were convicted on capital murder charges. Prosecutors argued that Woods and Spencer acted together to kill the officers.

Woods has sought to appeal his conviction, citing inadequate representation from his lawyer – mainly for withholding information that says he cannot be convicted of capital murder as an accomplice.

He said his previous counsel also convinced him not to accept a plea deal that would have given him a sentence of 20 to 25 years in prison.

In ending his letter to Ivey, King III wrote: “‘My father said, injustice anywhere is a threat to justice everywhere,’ and so I pray that God grants you the courage to do the right thing: to delay his execution.”