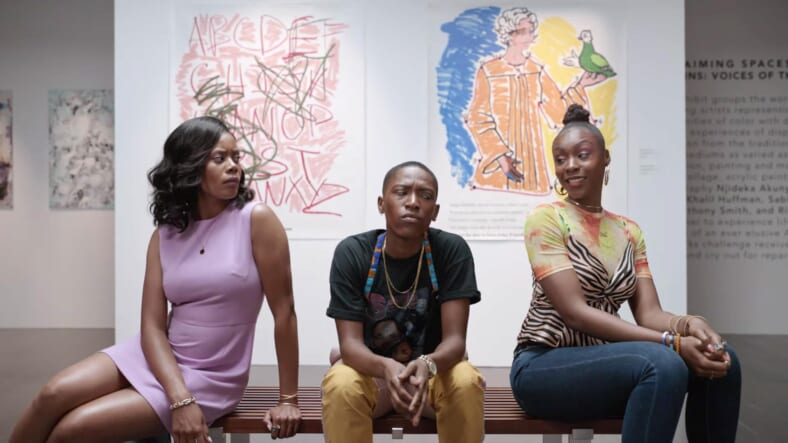 I am a dapperqueer Black woman.

It means that I’m more at home in bowties and wingtips than dresses and kitten heels. To be honest, it means that I don’t even know if kitten heels are worn with dresses; it’s just a cute term that my wife used.

Mostly, my dapperqueer identity means that I spent my formative years drawing from an aesthetic with very few examples and resources. Like other Black women, I cheered for characters that began to show us as powerful, intelligent, and yes, sexy without regard to European standards of beauty.

And yet, Black intentionally masculine of center women remained in the background, if we were present at all. It’s like Jewelle Gomez’s 1990s question, “where are the Black lesbians in fiction” echoed on the television landscape.

So like many Black queer women, I turned to the Internet and devoured content from amateur and indie producers. I even became one myself, writing and producing a web series (Quare Life) about a dapperqueer Black woman and her queer friends navigating relationships and life on the south side of Chicago.

Eventually my research and writing took me to Lena Waithe. We were two Black dapperqueer women writers from the south side of Chicago. I watched her Emmy-winning episode of Masters of None and it was like seeing my life on screen. 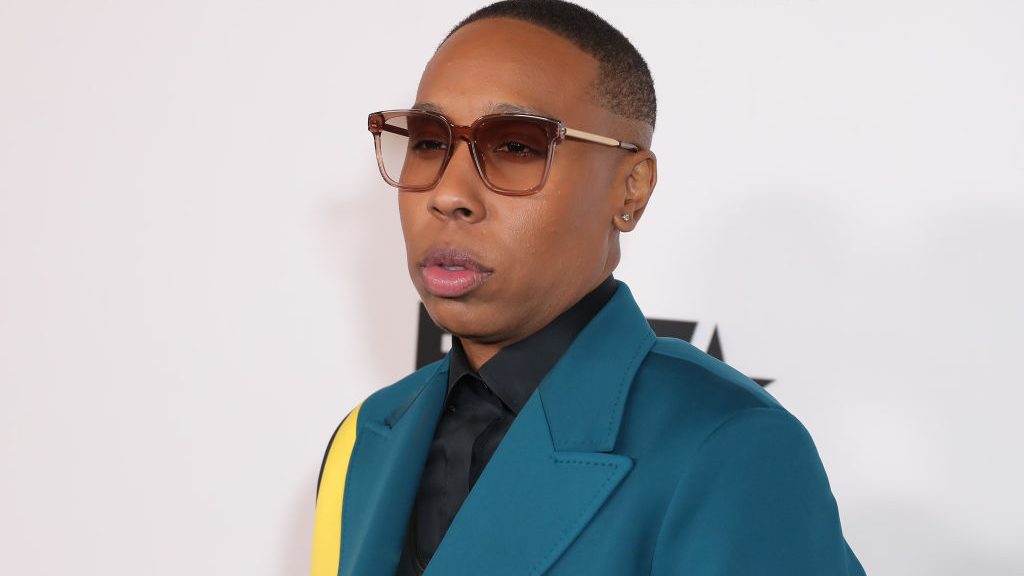 I wrote about Waithe as an example of a dapper aesthetic of Black womanhood. When her debut series The Chi premiered on Showtime, I penned a review for Playboy. It did not include my personal disappointment that the show was not an extended version of the Masters of None “Thanksgiving” episode. Come on, Lena, I thought. Where we at, fam?

I’ve never met Waithe in person but I’d like to think that her new show, Twenties, is her ethereal response of We right here, fam.

Twenties is clearly a love letter to Blackness — and a range of Blackness at that — from the opening phrase of “I got melanin” to generously placed cultural references. I caught sight of a wall of Black princes (the singer formerly known as, and once again known as, Prince and Prince Akeem of Zamunda).

Blackness also found its way in the form of Waiting to Exhale references; character names (Ida B, Hattie); and a James Baldwin book all within the opening minutes.

Waithe’s care in curating what feels like authentic Black spaces for the screen is apparent. I remember the set of her character’s southside home in “Thanksgiving” and seeing dishware that every Black household in Chicago had in their cabinets in the ’90s. I felt at home.

Twenties achieves the same effect for its characters’ demographics — early to mid-twenties Black folk for whom Waiting to Exhale is a throwback and detaching from cell phones is a first-time experience. 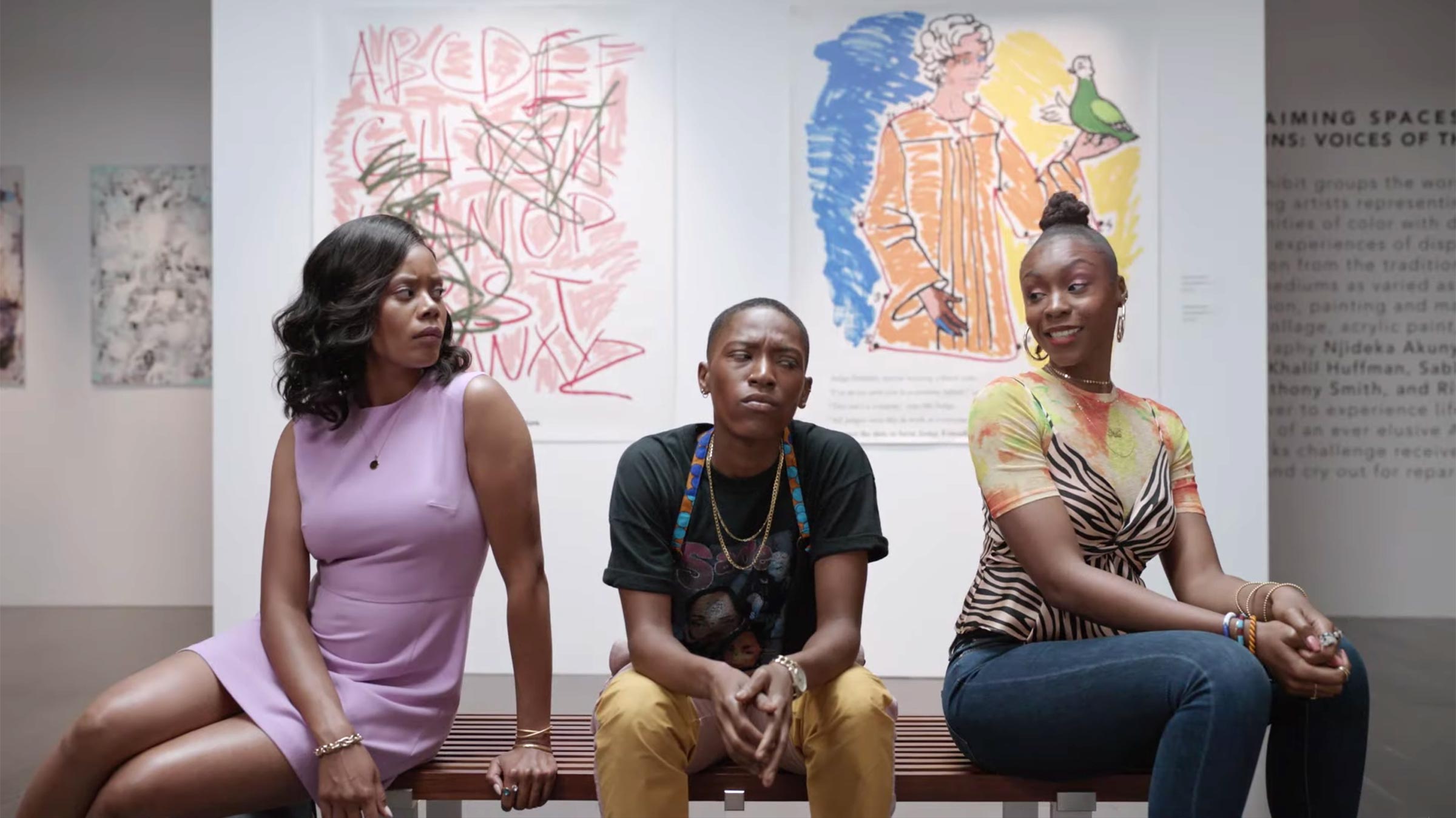 We’re introduced to the lead character, Hattie, through a series of shots straight from the “Joy of Sex” textbook (Black lesbian version) and voiced over by Waithe. I sat upright with rapt attention, which continued as Hattie’s partner, Lorraine, reinforced that their relationship was strictly casual.

I was midway through mental applause for presenting a lesbian relationship that wasn’t invested in chasing the model of heteronormative monogamy when I learned that Hattie’s partner is regarded as straight — or as Hattie corrects her mother and friends “fluid.”

Essentially meaning that her casualness is reserved for same-gender interactions.

Hattie’s best friends Nia and Marie advise her to stop dating straight women and I understand their concern. But when I find out in the same scene that her friends are also straight women, the advice — although sound — just hits a bit differently than had it come from other queer Black women.

It’s like when a caring white friend (but white nonetheless) gives genuine advice on something you experience as a Black person. No matter how sound or solid the advice, it’s mitigated through a person who not only hasn’t experienced the matter but also has de facto benefited from it at some time.

At this point in the episode I begin to get the sinking suspicion our Black lead in Twenties is still a token character. Hattie (as of episode two) seems to be the only openly queer woman. Although a quirky coffee shop cutie makes eyes at her and Hattie’s boss, Ida B, gives me casual-straight-but-will-dabble puma vibes, Hattie is the lone Black lesbian in these episodes, and seemingly, in her life. 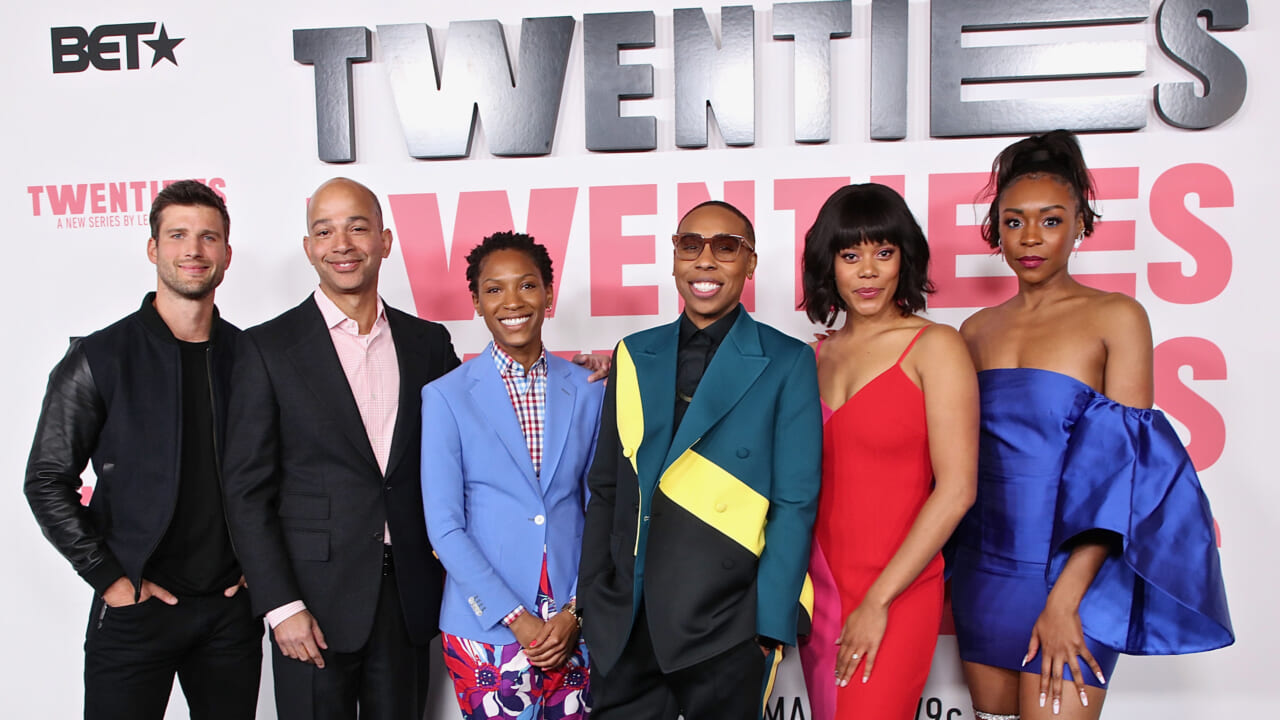 Twenties demonstrates a flair for humorously presenting ranges of Blackness — from Nia’s expectation for her date to pay for coffee because of Jamaican sensibilities to Ben’s preference for white women and white friends.

Yet what of Black lesbians who don’t seem to be a part of their Black queer communities?

Hattie reminds me of those Chicago Black lesbians who only hung out in queer areas on the predominantly white north side, and were utterly clueless to the thriving community of Black lesbians that spanned generations on the south side.

Sometimes I’d befriend them and invite them into that Black lesbian utopia of friendships, mentorships, parties, community events, and partnerships. Sometimes my invites were declined.

I wonder what to think of a Black lesbian who seemingly doesn’t have Black lesbian friends (as of episode two). Of course, Twenties’ story plot is clearly described as a Black lesbian and her two straight friends, so it can be argued that what I am describing lies outside of the show’s scope.

Yet marginalization occurs when the same group of people always fall outside of scope and this is most true for Black queer women, which is why a show that places one as a lead is so “groundbreaking.”

It just seems that Black queer/lesbian communities (as in there are more than one of us) remain outside of the scope of shows relegating us to always being the token.

Apparently, even in one of our own’s creation.

M Shelly Conner is an assistant professor of creative writing at the University of Central Arkansas. She writes about black womanist experiences through a dapperqueer aesthetic. Her debut novel everyman is forthcoming (Blackstone Publishing).