Niecy Nash, Essence Atkins and more featured in ‘Behind Her Faith’ docuseries from Jay Ellis

The series will be executive produced by Jay Ellis and will feature Black Love co-creator Codie Elaine Oliver as a consulting producer. 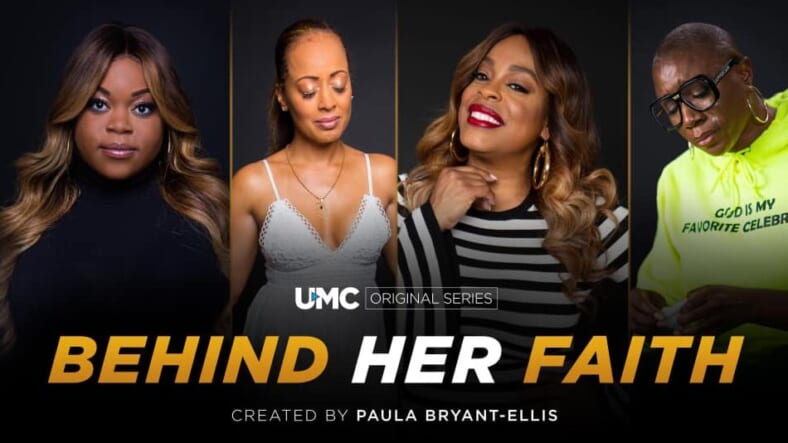 Niecy Nash, Essence Atkins, and more inspiring women are ready to bare all in the upcoming docuseries Behind Her Faith.

The UMC project is executive produced by Insecure‘s Jay Ellis alongside his mother, Paula Bryant-Ellis. The series will feature several accomplished women who tread different walks of life, but all have one thing in common: the conscious decision to put their faith first without fear or regret.

Each episode will center on one subject as they open up to viewers about their greatest achievements and biggest successes as well as their toughest disappointments and most heartbreaking moments; sharing their life lessons and triumphs along the way. Kicking off with a four-episode order, the first installment of Behind Her Faith will feature Atkins,  Aisha Hinds, Nash, and Angelica Nwandu, founder of The Shade Room.

“As UMC’s viewership continues to grow, we are excited to expand our content offerings to provide a diverse slate of programming that speaks to the many layers of African-American and urban audiences,” said Brett Dismuke, Chief Content Officer of UMC.

“Paula has brought forth a compelling project that showcases the ups and downs of life and how an unwavering commitment to one’s faith and beliefs can be a source of guidance to accomplishing dreams and reaching ultimate success.”

The show was created by Bryant-Ellis and features Black Love co-creator, Codie Elaine Oliver, as a consulting producer.