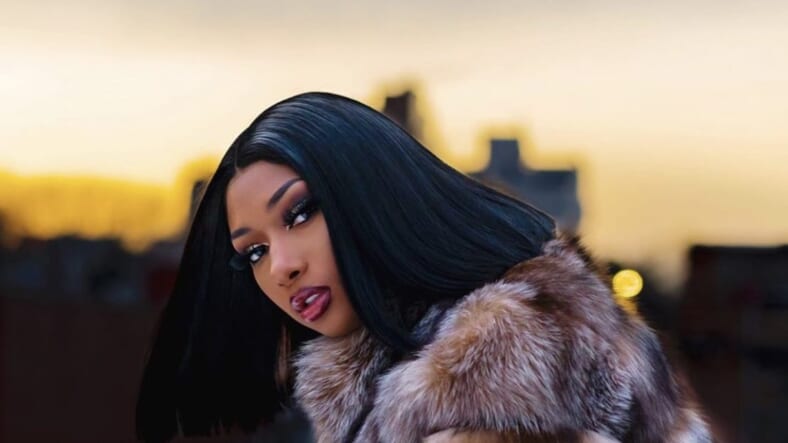 Despite her ongoing dispute with her label record label 1501 Certified Entertainment, this week, Megan Thee Stallion kept her word and dropped her new Suga EP to streaming services. On the heels of her going public with the battle for her freedom, she appeared on The Breakfast Club, to talk about what comes next.

“So, actually, I’m not trying to get released from my contract,” Megan clarified. “I just wanted to renegotiate some things in my contract.”

Initially, she claimed victory after it was previously reported that 1501 was actively working to halt the release of her new music. However, the Houston native was clear that she couldn’t reveal too many details for legal reasons.

She did, however, break down how her relationship with the 1501 team began and why things went left.

“I’m not taking nothing away from [CEO Carl Crawford],” she said. “I’m not saying that he never gave me nothing. But then when things started really taking off, it would be me, my mom, and T Farris. So when we would be on the road, that’s the team. When things started picking up even more, I got signed with 300.”

For those surprised by Crawford’s decision to malign his own artist in the press, she too seems confused by that decision. Megan conceded that she “could not tell you what’s the thought process” behind the way the label is choosing to handle this ordeal.

She also clarified Roc Nation’s roll in all this, explaining, “Roc Nation don’t have nothing to do with the problems we was already going through. I don’t like that people bring up JAY-Z.”

The Tina Snow rapper added that HOV was not phased by the back and forth.

“Like, JAY-Z’s not worried about them. You’re saying names [and] I feel like it’s just trying to draw attention to the situation. Facts are public. I don’t have to lie. Why would I lie? I feel like people wanna bully me. Like, you don’t have to gang up on me. I didn’t do nothing to y’all so I really don’t understand where it’s coming from,” she said.