The actor says that the famed filmmaker is an 'artist' and 'hardest-working person that I have ever met in my entire life.' 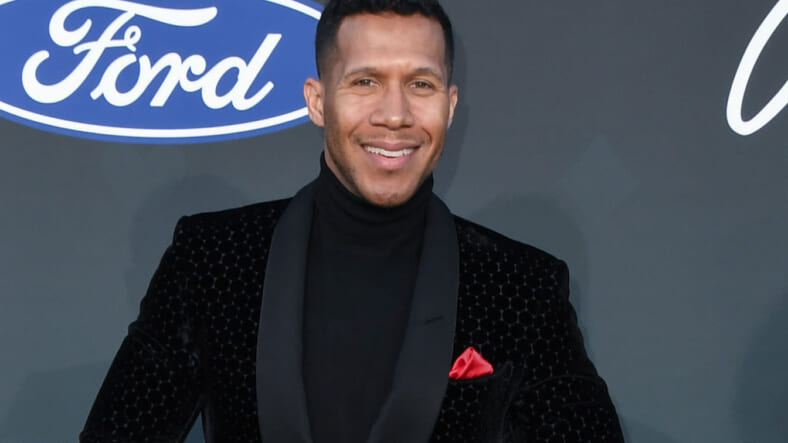 As one of the stars of the hit BET drama The Oval, Lodric D. Collins knows a thing or two about how Tyler Perry works.

The actor who snagged the role of chief of staff on the series that also stars Paige Hurd and Ed Quinn opened up about his admiration for the groundbreaking content creator who has been at the center of some recent controversy.

“The one thing that you can’t deny is that Tyler Perry is an artist. I heard about the controversy and just last night I watched ‘A Fall From Grace’ and I thought it was a great piece of art,” says Collins.

“I think he’s an artist. He puts his brand, he puts his insight on the world on the things that he does and that’s what art is. Also, art is subjective. I think there are people that see his vision and understand.”

The actor says he’s not just on #TeamTylerPerry because the man signs his checks.

“Tyler Perry is the hardest-working person that I have ever met in my entire life. Tyler Perry is the most inspiring person that I have ever spoken to in my entire life,” he says. “If I hadn’t worked for him and I knew all the great things that he does and what he represents, I would root for him. I support every single thing that he does. At the end of the day, Mr. Perry knows his audience. He writes for his audience and he does it quite successfully.”

Aside from the astonishing amount of projects Perry puts out being impressive, he continues to build an unrivaled empire that makes quite the impression on the actors who work with him.

“There’s a reason that the place is called Tyler Perry Studios. It has his name on it and you could fit three major production studios on that set and still have acres left to go because he knows exactly what he’s doing,” he explains.

Check out our full interview above to find out how Lodric D. Collins likes his “office” at The White House and to hear more about his upcoming role as Smokey Robinson in the upcoming Aretha Franklin biopic starring Jennifer Hudson.