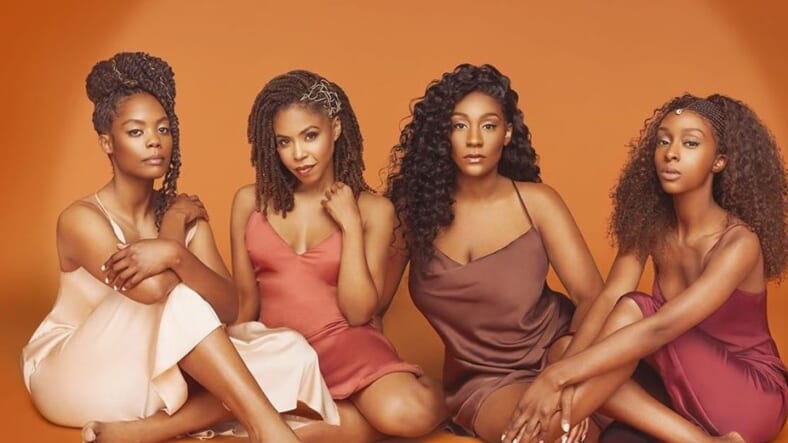 After Tyler Perry revealed that he has no writer’s room and pens all his own scripts, many in Hollywood began questioning if it was ill-advised for a man to be writing so much female-centered content without collaborating with actual women. Now the cast of his new BET show Sistas is stepping forward to respond to his critics.

Earlier this month, while taking part in Deadline‘s New Hollywood podcast with the African-American Film Critics Association, comedian Lil Rel Howery minced no words while voicing his opinion on the topic.

Read MORE: Tyler Perry responds to criticism about not having a writers’ room

“I love Tyler Perry and I’m proud of him, but I told myself I’m a say something because I don’t agree with that. I don’t understand,” he said, noting, “You can’t write a show called Sistas and you’re not a sista. So you don’t want no suggestions or nothing?”

“I know we talk a good game about ‘This is what I’m doing, I’m doing this, I’m doing that.’ Once again, I’m talking, but I’m putting my money where my mouth is,” he added. “I don’t have what he got yet, but as I climb up here, I’m a do even more of that. We gotta do better man. It’s all talk, but if you’re really on that, then give people jobs, bro. You can’t base nothing on one writers’ room, brother. That means you didn’t hire good writers. Find more writers! That’s just real.”

The cast of @SistasOnBET says Tyler Perry is qualified to write for and about Black women: "I think there is a culture of hateration." https://t.co/Mg0SkNA4EQ pic.twitter.com/9CbKXsuu59

But Sistas star Mignon Baker doesn’t necessarily agree with that take, explaining to Essence, “We have a director, producer, executive producer, creator who loves women. If you’ve ever taken the time to watch his interviews, he will tell you that his number one inspiration is his mother.”

“I think—I’m just going to be honest with you– there’s a culture of hateration,” she continued. “There’s a culture of being critical. And I think there’s a reason for that. And it’s because so many of us aren’t following our dreams. And it’s so easy to not be in the ring and to stand on the sidelines and critique. But once you get in the ring, once you start following your dream, you are going to naturally become a compassionate, less critical, more gracious person. So, all those people critiquing, I understand that. I believe in constructive criticism. I understand everyone has an opinion but get into the ring. Understand how hard it is first and then criticize.”

“I think it’s really important to remember that Tyler Perry puts Black women at the forefront in so many ways. “Sistas” comes from women in his life,” chimed in costar Ebony Obsidian. “He may have sat there and written a script but it’s coming from Black women. So Black women’s fingerprints are all over this script.”

Baker also added, “He said at our premiere that he actually gave some of the women on his staff producer credits because he listened to them. He sat down and talked to them for a couple of hours and he was like, ‘I’m going to write this.’”