Carlton Morton is receiving therapy after ‘Love is Blind’ experience

Netflix’s hit dating show ‘Love is Blind’ has dominated social media and now one of the participants, Carlton Morton, is seeking therapy after his experience. 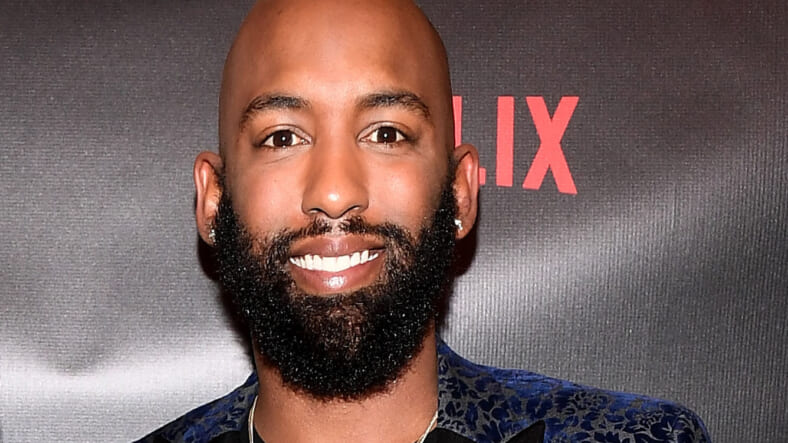 For the last couple of weeks, Netflix’s hit dating show Love is Blind has dominated social media, but one of the stars, Carlton Morton is now seeking therapy after his experience.

The Atlanta native’s decision to receive therapy comes after a 911 call from his home.

Speaking at a local coffee shop, Morton told TMZ “I’m dealing with this the best that I can.”

While on Love is Blind, Carlton dated Diamond Jack, but did not tell her he was bisexual until after they got engaged. The bisexuality reveal was emotionally taxing for both but would eventually spiral into a viral argument and one of the most discussed reality show moments online.

On Instagram, Morton blasted urban media and stated he will no longer do any press or bookings due to a feeling of disrespect.

Thanks for the 3 of y’all who supported me in this. I feel alone and don’t want any of this life anymore. I’m fighting ALONE. And it HURTS.

“Black lives matter until its an LGBT Black life,” Morton wrote. “Also, so-called ‘celebrity friends’ on social media have every opportunity to defend my CHARACTER yet they don’t.”

In a Twitter post, he wrote: “TODAY IS ONE OF THOSE DAYS WHERE I DON’T WANT TO BE HERE…”

Today is one of those days where I don’t want to be here. I feel extremely alone and unsupported. I’ve cried for help since Feb. 13. No one cares.

After the post, TMZ states someone inside Carlton’s home called 911 for a non-life threatening injury, resulting in a hospital trip. Morton says that the trip to the hospital was from a wellness check by a friend.

“I’m waking up to death threats in my DMs, social media comments, just feeling again like I have to rally behind myself,” Morton says.

During the week, Love is Blind fans would be reminded of another reality show Morton was on. Previously he could be seen in a tense encounter during season 5 of The Real Housewives of Atlanta, Yahoo! reports.

During the 2012 episode, he was the assistant of cast member Cynthia Bailey helping her put on an event. During the episode, he engaged in an argument with Kenya Moore, which resulted in him being removed from the scene by her security.

READ MORE: Kenya Moore opens up about split from husband: ‘I’m not a fighter’

Morton also spoke to PEOPLE, where he detailed he prepped his friends for the backlash that could come from his appearance on Love is Blind.

“I told the people that mattered to me that I was concerned with their opinions,” he said. “I was like, ‘This show is coming out and it’s probably going to be a tough time for me because I spoke my entire truth.’ And they didn’t really push the issue. They just said, ‘Okay, whatever it is, we have your back.’”

This weekend the reunion show for Love is Blind hit Netflix. The episode brought Morton and Jack back to the screen together for the first time and showed they have reconciled from their blow-up argument.