Kevin Harris told his friends why he wasn't posting on the platform; 'I had to wait and make sure I wasn’t going to die' 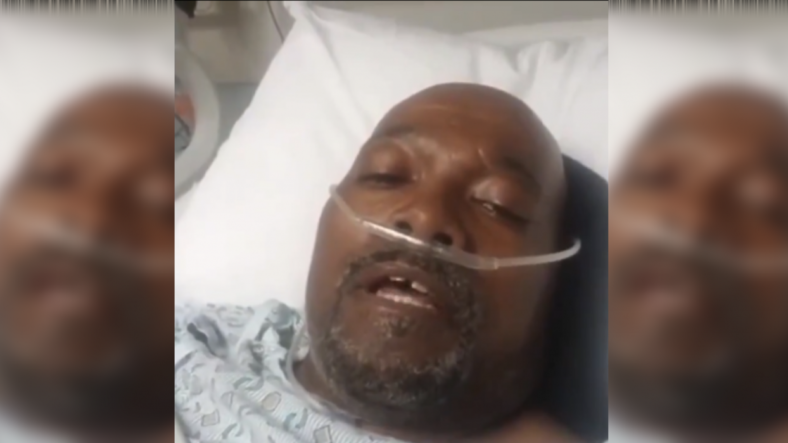 A Black, middle-aged Warren, Ohio man who is recovering from the coronavirus says he wanted to first make sure he wasn’t going to die before he posted a video to Facebook letting people know what it’s been like contracting the virus.

“I had to wait and make sure I wasn’t going to die. So I couldn’t be on Facebook and die on Facebook,” Kevin Harris, 55, and a father of four said in the video. Harris spoke to people from his Mercy Health St. Joseph Warren Hospital bed about his life since testing positive for the coronavirus.

Kevin Harris, the 55-year-old Warren, OH (Trumbull County) man who tested positive for the coronavirus speaks out in a Facebook live.

He describes the struggle of living with COVID-19. pic.twitter.com/eLnnNsDlfA

Harris said he had not recently traveled outside of the country. He said he saw “nobody for two weeks” before he got sick. He said he went to the doctors when he began feeling ill and was diagnosed as having the flu.

“When I started feeling sick I went to the doctor’s near my home and they said I had the flu,” Harris explained to KFOR. He said he was struggling with a fever, fatigue, and shortness of breath.

But when his symptoms got worse instead of better, a friend drove him to the hospital. He’s now glad he went.

“This is not your typical flu,” Harris told KFOR. “It’s bad.”

In the video, Harris tells viewers that he had gotten down to 212 pounds on the elliptical but has since dropped to 202 pounds since fighting the coronavirus.

He can be heard coughing and then says “yeah that’s the cough.”

Harris said he wants viewers to get checked out if they are feeling symptoms that feel out of the norm, although he warned that everyone diagnosed with the disease doesn’t have the same symptoms all at once.

He said he decided to do the video because he “promised” certain officials that he would “tell people they can get through this if you don’t be scared.”

READ MORE: Italians warn US about coronavirus in video: ‘Huge mess is about to happen’

“If you even think that you’re sick, if you feel anything and it’s not the same for everybody, I never had a sore throat. I never had any signs until the night …and I started coughing and that was the first sign and it went downhill in 24 hours like gangbusters,” Harris says in the 2:20-minute video. “I woke up several times thinking I was gonna die. I’d go to the bathroom, the trip to the bathroom would take an hour. I had to lay down in the hallway 20 minutes, lay down in the kitchen for 20 minutes. Lucky I didn’t pee on myself.”

Harris says he’s not out of the woods with the disease but is slowing getting better. He says he has the hospital staff to thank for that.