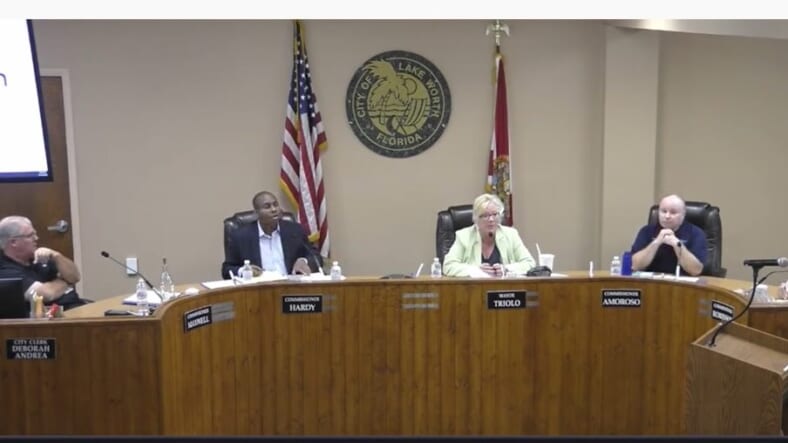 Lake Worth Beach City Commissioner Omari Hardy blasted Mayor Pam Triolo and City Manager Michael Bornstein during a contentious meeting last Thursday over the use of emergency powers as the coronavirus spreads, particularly in Florida.

Commissioner @OmariJHardy wasn't trying to hear the nonsense from Mayor Pam Triolo & City Manager Bornstein after they shut off the lights of residents last week. I appreciate his passion & am glad he chose to let the Mayor know her actions were unacceptable. #CoronaCrisis pic.twitter.com/Io5W21IGvz

He further accused the mayor of being complicit with those actions during the contentious two-hour meeting that has since gone viral. Despite the fact that Lake Worth Beach has not declared a state of emergency, Triolo still gave Bornstein emergency powers.

Bornstein admitted that on Tuesday, 50 customers had their power turned off. This action was taken before any statement was released about any services being stopped.

“This is a banana republic is what you’re turning this place into with your so-called leadership,” Hardy yelled at Triolo after she called a recess. “We cut people’s utilities this week and made them pay — with what could have been their last check — to turn their lights off in a global health pandemic. But you don’t care about that! You didn’t want to meet!

“You care more about your relationship with [Bornstein] than you do about the people that are out there working.”

Triolo repeatedly screamed that Hardy was “out of order” and taunted him about his upcoming election. Last November, he announced his decision to run for a seat in the Florida State House as a Democrat. She mocked him by implying that Hardy’s objection was a “dog-and-pony show” publicity stunt.

“You got a camera on that?” she asked.

Even after the recess was called, the arguing continued. Ultimately, there was a resolution passed affirming the mayor’s right to grant emergency powers. It passed 4-1.

Hardy emailed The Palm Beach Post that he regretted the back and forth that took place.

“But I had just watched our city manager lie and mislead about shutting off families’ utilities, and they didn’t want anyone to say a word about it,” Hardy wrote. “It was too hard to take.”

Hardy further took to social media and explained his actions which he felt were justified. He only wished that he kept his calm.

Things got heated last night, but I don't regret one word.

We could've directed the City Mgr to stop shutoffs last week, when I requested an emergency meeting for that purpose. The Mayor said no. And then we cut off lights dozens of families! #COVID19https://t.co/bR7GYXASPU

“Things got heated last night, but I don’t regret one word,” Hardy tweeted.

“We could’ve directed the City Mgr to stop shutoffs last week, when I requested an emergency meeting for that purpose. The Mayor said no. And then we cut off lights dozens of families! #COVID19”

Hardy declared that he was following the principle of #GoodTrouble.

“And my colleagues didn’t want to discuss it all, didn’t want to acknowledge what we had done, and I lost my cool. But sometimes you have to get into trouble to stand up for what’s right. That’s called #GoodTrouble.”

Bornstein has since released a statement walking back the actions taken earlier in the week. All customers who contacted his office had their services restored.

“There were customers whose service was temporarily suspended during the transition period earlier in the week before the suspension was fully implemented. Most contacted the City and they were reconnected immediately, and all fees and charges are being credited back to those customers,” he said.