His not-for-profit group, Humanity Forward, will be distributing $500,00 in funds to working poor households in New York City’s Bronx area 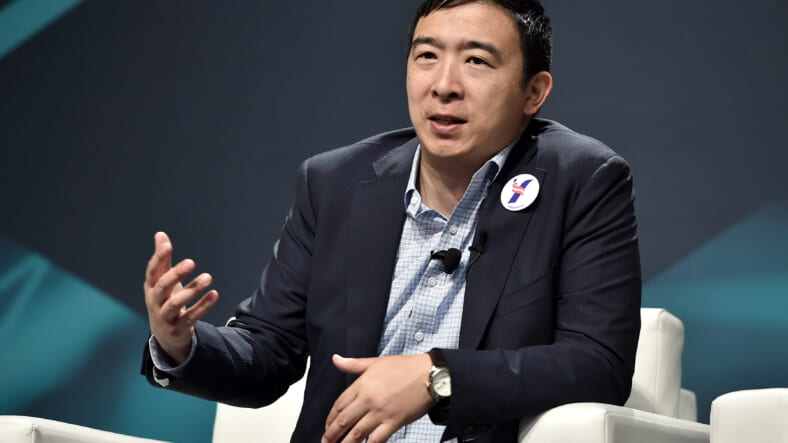 Presidential Candidate and Entrepreneur Andrew Yang attends Consensus 2019 at the Hilton Midtown on May 15, 2019 in New York City. (Photo by Steven Ferdman/Getty Images)

Former 2020 Democratic presidential hopeful Andrew Yang has announced that his new nonprofit is poised to distribute at least $1 million in $1,000 cash payments to 1,000 working households in New York.

According to The Guardian, Friday, Yang confirmed that in response to the coronavirus pandemic his not-for-profit group, Humanity Forward, would be distributing $500,00 in funds to working poor households in New York City’s Bronx area. He said later on Twitter that they would be doubling the number of households after receiving additional funding.

Yang’s organization has also teamed up with another not-for-profit group One Fair Wage (OFW) to add funds to its OFW Emergency Coronavirus Tipped and Service Worker Support Fund throughout New York.

“We’re in a crisis and my entire jam is that we need to put money in people’s hands so that we’re stronger and healthier and mentally healthier and that’s what I stand for, that’s what my organization stands for,” he said in an interview on Thursday.

“We’re in the midst of a crisis so I’m going to demonstrate what we should be doing.”

The effort will begin by sending 500 working poor households in the Bronx $1,000 a month before the end of March.

The recipients will be families struggling to put together an income due to the coronavirus. https://t.co/l0ml45kbpq

This response to the pandemic is a clear nod Yang’s most notorious policy proposal during his 2020 presidential bid: a universal basic income paid directly to American citizens.

“We are only in week one of this economic shutdown, by the time you get to week four or five, many people will be in desperate circumstance and that is what we need to prevent as soon as possible,” he concluded.