Homeschooling during the coronavirus crisis is a teachable moment, family says 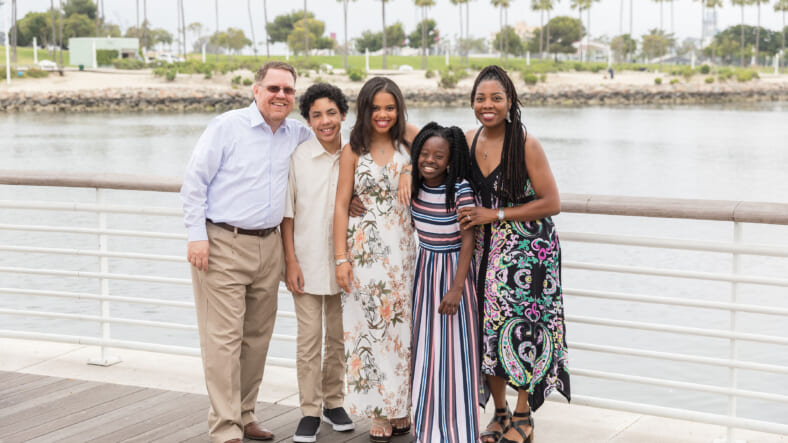 The novel coronavirus pandemic has turned frantic parents into overwhelmed teachers as schools have been closed for the foreseeable future.

Homeschooling is not a task that they’re prepared for — finding resources to supplement assignments while working from home — and a reality they’ve found hard to adjust to.

These parents are not part of the parent-led education system that currently enrolls 2.5 million students nationally, according to The National Home Education Research Institute.

Instead, some of these flustered parents are calling for help and binge-watching beginner crash courses on Youtube.

For William Schiltz and Dr. Myiesha Taylor, they could provide an everyday guide. Or even suggest the book, “The Homeschool Alternative,” which was co-written by Taylor and her 17-year-old daughter Haley Carolyn Taylor Schlitz. 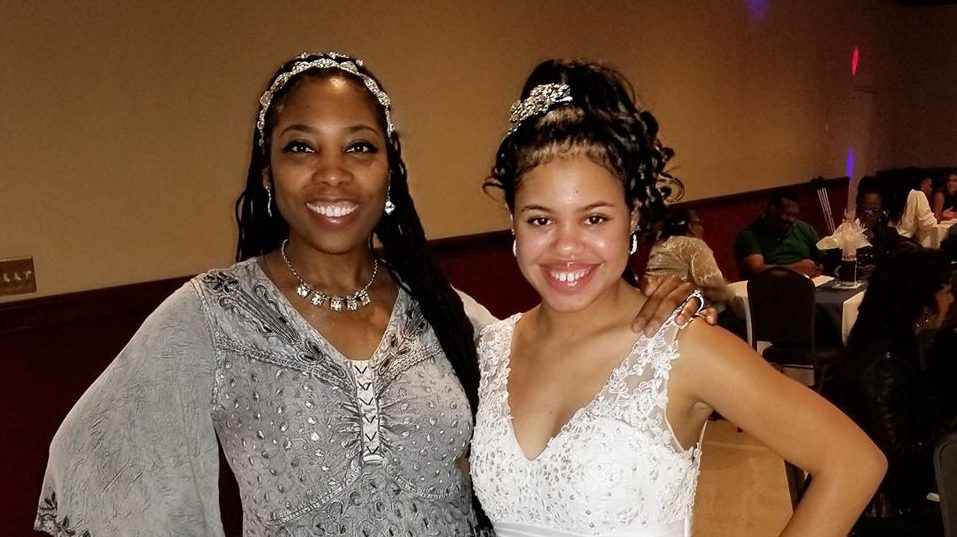 The Taylor-Schlitz family has been homeschooling their children — Haley, Ian, 14, and Hana, 12 — since 2013. The parents made the decision after they noticed that their eldest was simply going through the motions when it came to her studies.

“[Haley] could just kind of show up and do no work and just get a B because, you know, she pays attention in class and she had a certain level of understanding where she didn’t have to study. And I didn’t feel like she was being challenged enough,” Taylor said.

“So, I started to look into that and try to get her into gifted programming or alternative academics to help challenge her. Just to push her along so she wouldn’t be bored.”

Haley, however, didn’t have the option of testing into more advanced classes because she matriculated into her Texas school district too late. According to the family, they had moved from California to the Lone Star state after she started kindergarten and therefore wasn’t allowed to pursue more gifted programs.

There was also the matter of her race. The family felt that the biracial teenager wouldn’t excel at her optimum potential in an environment that wasn’t diverse.

“There is a lot of stress that comes with being different as a human being in these certain environments. And so, I just felt like she wasn’t rising. She was just kind of cruising, wasn’t thriving and so I took her out. And I felt like, let’s see what she’s capable of,” Taylor said.

William, who works in PR and nonprofits, also noted that his children told him that they weren’t utilizing all the hours they spent at school. They weren’t in constant interaction with their peers either.

“Most are feeling like, ‘Oh, my God, there’s a problem because they’re getting done with their work in two hours a day’. But the other thing that Haley and Ian pointed out to us when they had that little socialization,” he said.

“When you’re in a school environment, you’re not really socializing that much all day.  A lot of the time, they’re in classrooms. The kids are being told to be quiet.”

The Kids Are Alright 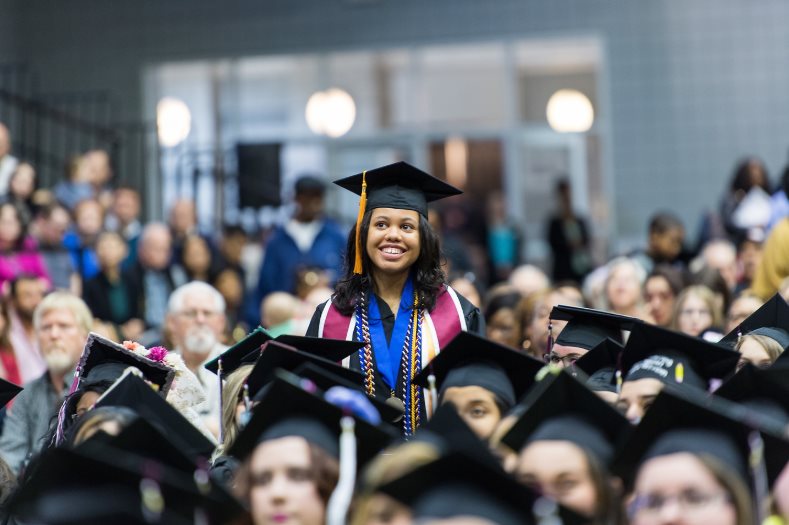 The Taylor-Schlitz kids aren’t just children turned pupils by their parents without any input. They embraced alternative learning as it removed pressure on them to conform. It’s one of the reasons why both started college while still in their early teens.

Haley, who is now enrolled at Southern Methodist University, said that being homeschooled also meant that she no longer had to question her value. In a traditional school, she siad, there was an expectation for girls to pretend they weren’t smarter than they really were. Much of the priority was being popular.

“Somehow, I was more worried about fitting in and finding my place than I was about just working on myself and making myself better,” she said. “And so, when I was finally able to homeschool, I didn’t have to worry about fitting in. I was with my family.”

The renewed focus led to her being accepted into nine law schools and featured on Good Morning America last year.

William drives his son to the main campus of the University of North Texas twice a week where the 14-year-old is a freshman.

“It allowed me to work on me and nullified all the outside distractions such as popularity, social media all that stuff that usually holds students down are limited and mostly because of home school,” Ian said.

“Because as my sister said, I don’t need to worry about fitting in. I can just focus on myself and my self-improvement.”

The other great news was that I made #deanslist last semester. It was hard but I had great support at home. Love you @MyieshaTaylorMD & @wschlitz for believing in us. #ParentsMatter #EarlyCollege #13InCollege #BlackExcellence #BlackBoyJoy pic.twitter.com/sj8swjJ9wF 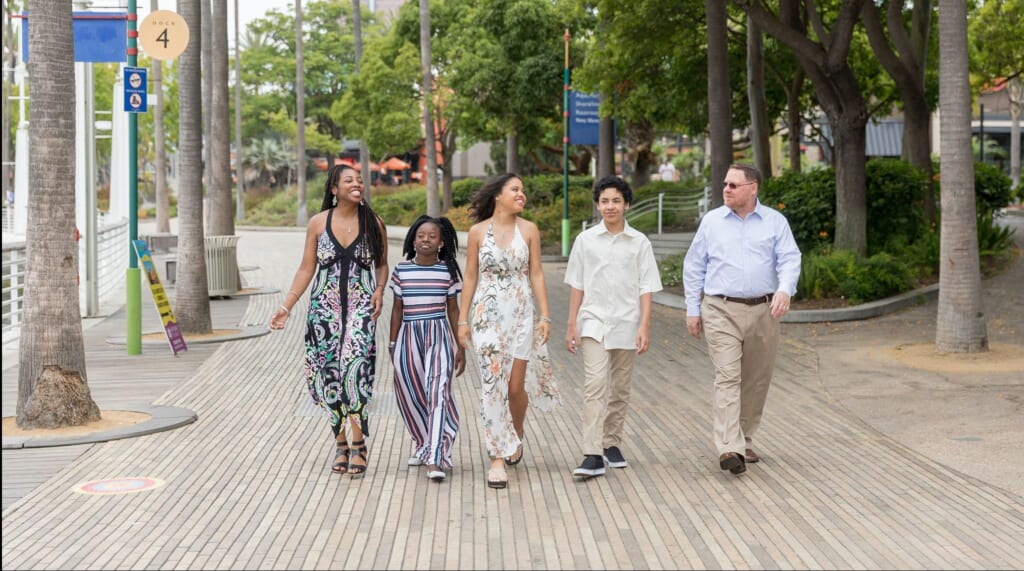 It has been reported by Education Week that 92,000 U.S. public and private schools are closed because of COVID-19, directly impacting at least 42.1 million school students. As more families look into homeschooling, the Taylor Schiltz family is hopeful that this pandemic will allow attitudes to soften toward providing education from the home.

Both parents were raised in brick and mortar schooling and readily acknowledge the benefits. However there is another way, they say.

“I am acutely aware as an emergency medicine physician that not all children are safe at home. And I understand that school offers a refuge for many, many children to eat and to get away from their life situation and that’s very important. So, I never advocate that it’s the right answer for everybody. And schools are absolutely necessary and important,” Taylor said.

“We should be vested in their success. I want to put that out there because that’s key. But I do think that parents have just been conditioned over time to rely on this public access expectation that their children are being raised. And I don’t think that we’ve given it a second thought, really, because moms and dads are both working. People have to work. They’re busy.”

They are also aware that Christian fundamentalists have distorted other options, making it clear their family is about inclusivity.

“The reason why homeschool is a negative connotation for many people here is because we’ve allowed one small sect of America whose whole purpose for homeschooling was based on fear and hate to define the word,” William said.

“I’m hoping that in these times … this gives an opportunity for families to step back in and have a deeper thought and discussion about what education really means because now they’re actually dealing with it every day.”

William added that his daughter Haley likened the current COVID-19 crisis to the Underground railroad, directing people to another way of learning.

“[It] is an opportunity for parents to take their kids out of a system that is failing them and stealing them because it’s in the DNA of the school system was never designed to see them be or would never decide to see them as future problem solvers,” he said.

“It was always designed to appease them as a problem and not worthy of education. And I think parents may be reaching a tipping point.”

For more information on homeschooling and what resources parents can use during the coronavirus outbreak, The Homeschool Alternative can be found here, bookstores and online markets.