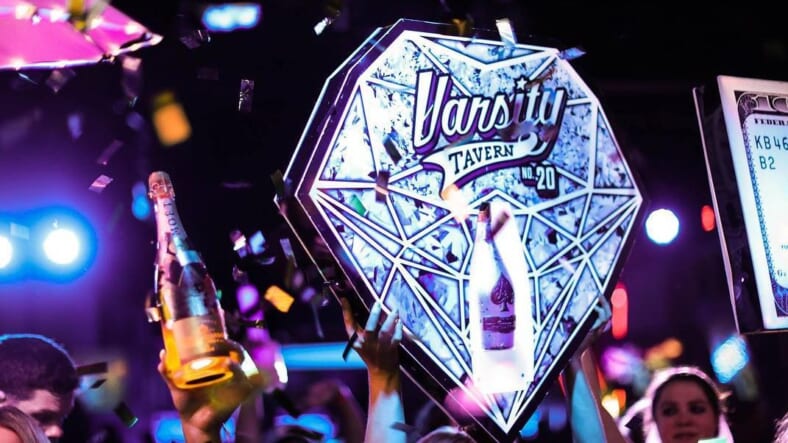 A Black man from Philadelphia who was visiting Fort Worth, Texas on spring break in 2018 has filed a federal lawsuit against a popular bar in the area for allegedly having two sets of dress codes for Black and white patrons.

Stephen Acheampong, at the time a pre-medical school student, filed the lawsuit against Varsity Tavern after he was allegedly turned away twice by bouncers for violating the bar’s dress code. Acheampong said while he was denied entry while wearing Air Jordan sneakers, he switched shoes with a white friend. His friend was allowed in the bar wearing them, according to The Fort Worth Star-Telegram.

“Being kept out of Varsity Tavern because of my race was embarrassing and made me feel defeated,” Acheampong said in a news release. “I didn’t feel like I had the same right to enjoy the bar as everyone else did.”

Varsity Tavern officials could not be reached for comment, according to the newspaper.

Acheampong’s lawsuit also mentions a previous incident, back in 2017, when another Black man named Christopher Smith tried to go inside Varsity Tavern but was stopped because he had on tan ankle boots. Smith’s cousin was also reportedly turned away for wearing ripped jeans although both men saw white patrons inside of the bar in ripped jeans, the lawsuit alleges.

A year later, according to the lawsuit, Smith returned and tried once again to enter the bar. However, a bouncer allegedly looked at him, saw he was Black and refused him entry, The Star-Telegram reported. The bouncer allowed the white friend to enter the bar and also allowed Acheampong, who now had on his friend’s boat shoes, to enter.

The lawsuit further alleged that once the men were inside the bar, they switched back to their original shoes. A bouncer once again told Acheampong he had to leave because he was wearing the Air Jordans.