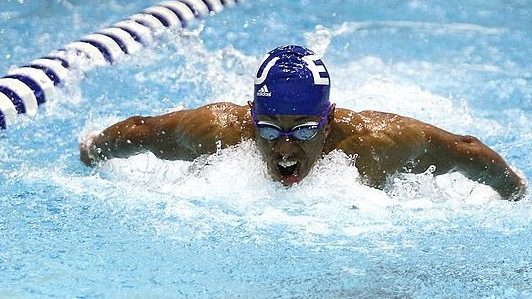 The only Black member of a college swimming team, Jaylan Butler, was also the only member to be accosted by police, handcuffed, forced to the ground with a gun pointed at his head and ordered not to move.

Butler, of Eastern Illinois University, filed the suit in federal court in January with the help of the ACLU, which contends that six officers from three different departments refused to let Butler go even when his teammates and coaches told them that he was with them and had done nothing wrong.

Jaylan Butler was unlawfully arrested by a group of Illinois law enforcement officers who pinned him face down on the snowy ground and pointed their guns at him—all without justification. We are suing in federal court: https://t.co/akc4gnB2Xf pic.twitter.com/cDF0asPWVd

The police claimed at the time that they were looking for a suspect, according to NBC News.  However, the suit alleges that the officers still refused to let Butler go even after he provided ID. The suit also claims that the police also did not document the arrest.

The incident on February 24, 2019, began when the team made a rest stop in East Moline, Ill., on the way back from a tournament. Like his teammates, Butler got off the bus, went to take a selfie near a road sign, and was returning to the bus when several cars pulled up and officers got out with guns drawn.

According to the suit, the police shouted at Butler to put his hands up, and he did without resisting. The police then cuffed him and forced him to the ground with two officers pinning him down and another pointing a gun at his head, saying, “If you keep moving, I’m going to blow your f—— head off.’’

“I felt numb. I didn’t really know what to expect,” Butler said of his thoughts as his ordeal went on.

Even after they were told Butler was with the team, police still refused to release him, putting him in the squad car.

Eventually, the officers removed the handcuffs and asked Butler to get his ID from the bus. After he showed them his identification, they told him he was free to go.

Illinois Gov. J.B. Pritzker called for a “thorough and transparent investigation” into the incident, posting on his Facebook page: “It’s unacceptable for any young person to feel unsafe and disrespected anywhere in this state — but every day, too many young people of color live through it.”

I’m deeply troubled by what I’ve read about how Jaylan Butler, an African-American athlete at EIU, was mistreated by law enforcement in East Moline. pic.twitter.com/8L78tZUOtF

Butler told NBC of his feelings since the incident: “I’ve been OK … in the past, when bad things happened to me I tried to see the good but this started to eat at me.”