Viewers were treated to live renditions of crowd favorites like, “Hey Papi”, “Resolution”,  “Touch It” and "Try Again." 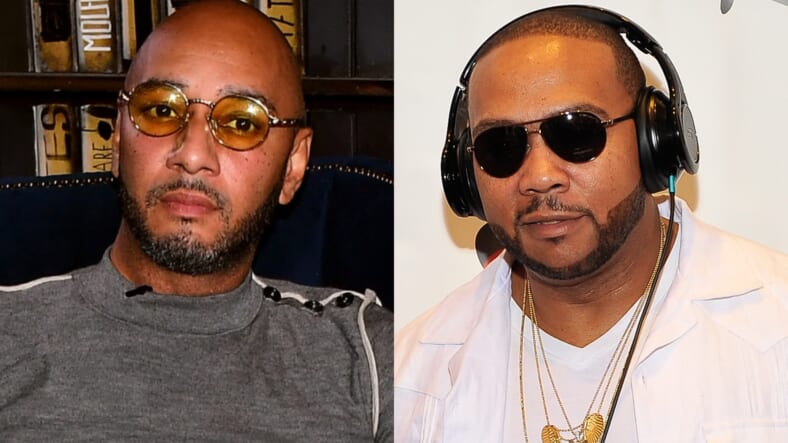 As the national self-quarantine continues, this week hip hop veterans Timbaland and Swizz Beatz gave their social media followers a reprieve from boredom by facing off in a virtual beat battle.

The two iconic producers stuck to the social distancing guidelines and streamed the battle from the comfort of their studios. Excited viewers posted real-time reactions.

“Attention. Attention. Attention … It’s official. We doing this for the culture,” Timbaland announced Tuesday evening. “Me and Swizzy gon’ go at it 10 o’clock, baby. IG Live. I done have the red blood in me. It’s gonna be a good one.”

“Tell TIMBO I’m getting the wine ready for the Zone like he asked,” Swizz posted in response.

READ MORE: Jay-Z and Timbaland accused of copyright infringement in a $2 million lawsuit

Then at 10 pm as promised, over 20,000 fans tuned in, including the likes of  Diddy, Missy, Fat Joe, and Jay Electronica. The two uber-successful producers took turns playing hits from their extensive catalogs.

Although fiercely competitive, the men kept things interesting and fun by playfully taking jabs at each other. Swizz also constantly made sure that Timbaland stuck to the rules.

Viewers were treated to live renditions of crowd favorites like, “Hey Papi”, “Resolution”,  “Touch It” and “Try Again.”

In fact, the competition was so fierce fans of both men found it too hard to honestly determine to a winner. Eventually, the beat battle had to be declared a tie.

Swizz getting on Timbaland head for not washing his hands ??? pic.twitter.com/FfSIFhCR8W

Currently getting my life watching Timbaland and Swizz go back n fourth… I love it here! pic.twitter.com/azGSmYnNdI