Nipsey Hussle: Grieving community looks for healing a year after his death

The LA rapper's fans and loved ones struggle to cope with his death but continue to remember his impact on South Central residents. 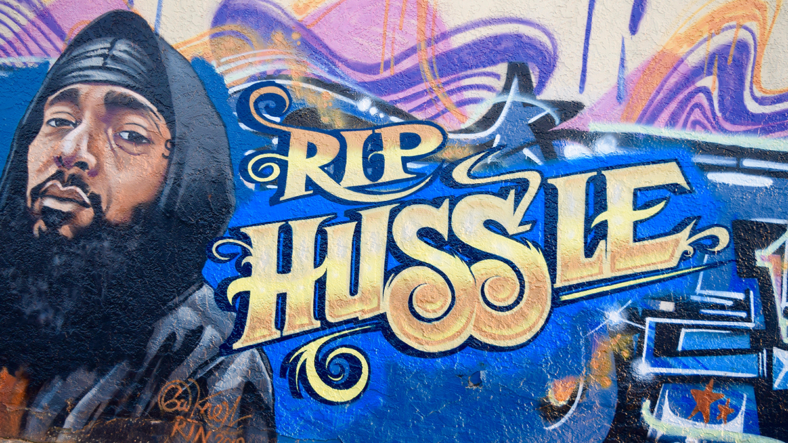 Sebastien Elkouby can see the lot of the Marathon Clothing store from his classroom window. He is a teacher at View Park High School located on Crenshaw near Slauson Avenue and is familiar with how the murder of Nipsey Hussle has affected youth in the surrounding community.

“It took about a month for everyone to get back to ‘normal’ at school but it never went back 100% until school let out that summer,” Elkouby reflected. “Many of the students were saying that they felt hopeless.”

A year later, there are still many unanswered questions surrounding the assassination of Nipsey Hussle, born Ermias Asghedom, 33. The Eritrean rapper was a celebrated figure in South Central for his work ethic and message of ownership and self-sufficiency. 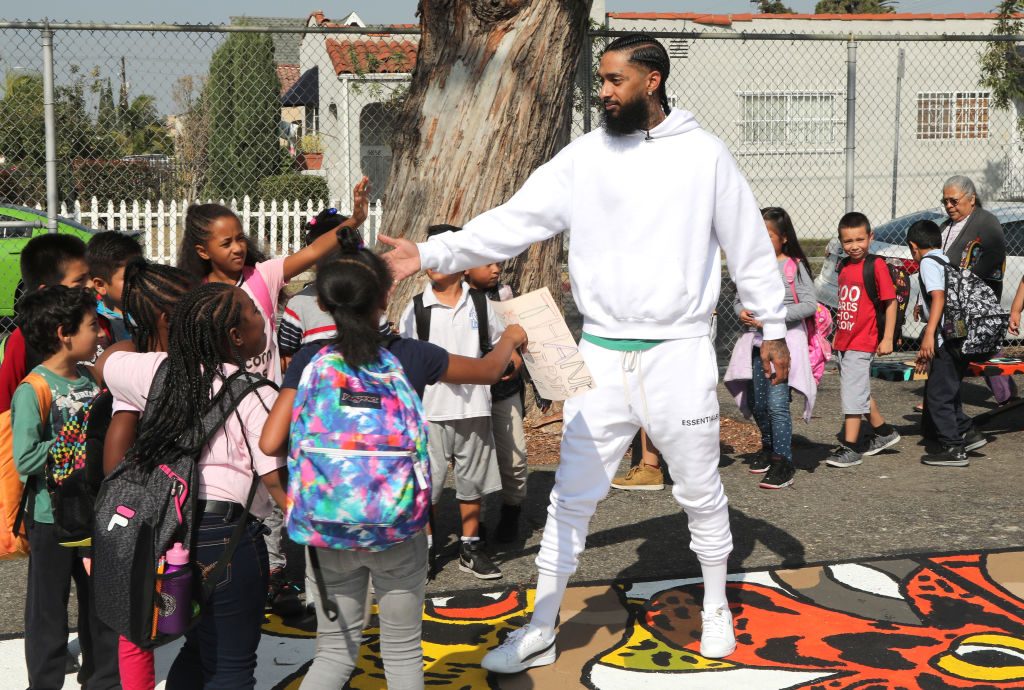 Elkouby’s classroom became a sanctuary for students as they grieved the death of Ermias together. Some teachers were unaware of the impact Nipsey Hussle had locally and asked students to “teach them” while they were trying to process his death.

They chose to sit in Elkouby’s class instead because his classroom style of teaching always incorporated hip-hop.

“If you are a fan of Nip living in another state, city or country, the impact might not be the same compared to if you live right here. It’s not something you read about or see on TV, you feel it,” he said. 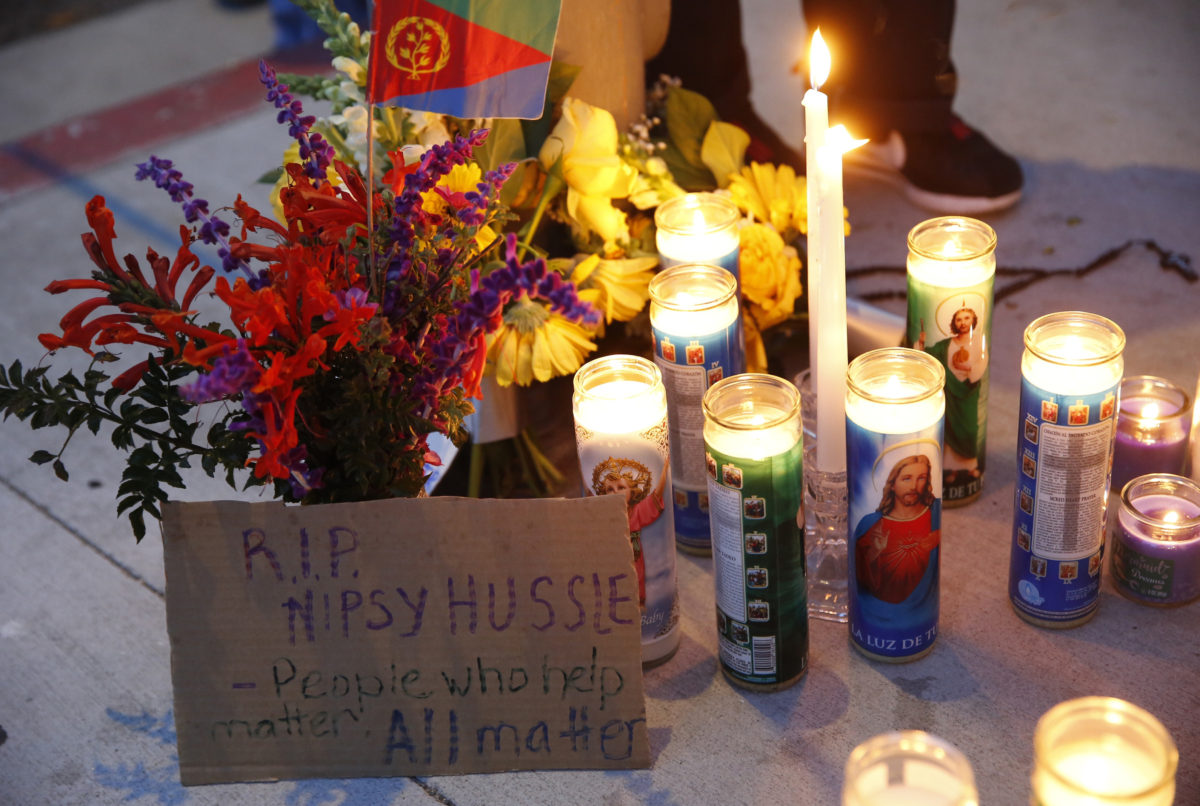 In the year since Ermias’ death, Elkouby says he has seen a lot of people inspired to do for themselves and become entrepreneurs.

“In terms of community changes, people are thinking about what it means to invest in yourself and your community. Nip was a good role model for that even in his passing.”

Eric Holder, 29, was arrested and charged for killing Ermias two days after the shooting. Holder’s trial was set to begin next month but has been set back due to the coronavirus pandemic. All jury trials in Los Angeles County have been paused for at least two months. 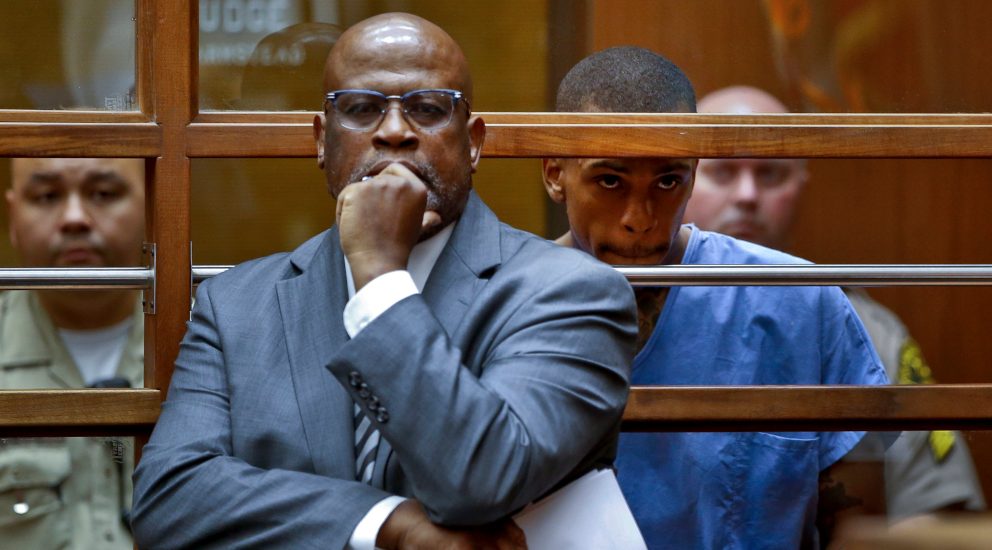 Despite Holder’s arrest, many still question the role others may have played in Nipsey’s murder. It is hard for people to process how referencing someone as a “snitch” justifies brutally killing someone in broad daylight, even under the rule of “street politics.”

READ MORE: Nipsey Hussle doc suggests he was murdered because he ‘forgot the rules’

“If you go back to the Black Panther Party when no snitching was being implemented, you see that it was about keeping the community tight and not having outsiders such as racist police come in to neutralize, destroy or kill any potential leaders or movements growing during the times,” Elkouby said.

Elkouby says that the origins of no snitching have taken on a different meaning in contemporary times.

During the height of the Black power struggle in the 1960s, the FBI’s counterintelligence program to “neutralize the rise of a Black messiah” used Black informants to gain the necessary information to destroy the Black liberation movement.

“The concept has taken on a different reality now and has nothing to do with the movement and the concept of keeping the community tight and united.”

Bereket Abraham says that the murder of Ermias triggered a lot of people from African-Americans, to Eritreans and others worldwide.

“I saw people who were under a rock come out of nowhere. Losing Nipsey was an enlightening moment for everyone,” said Abraham. 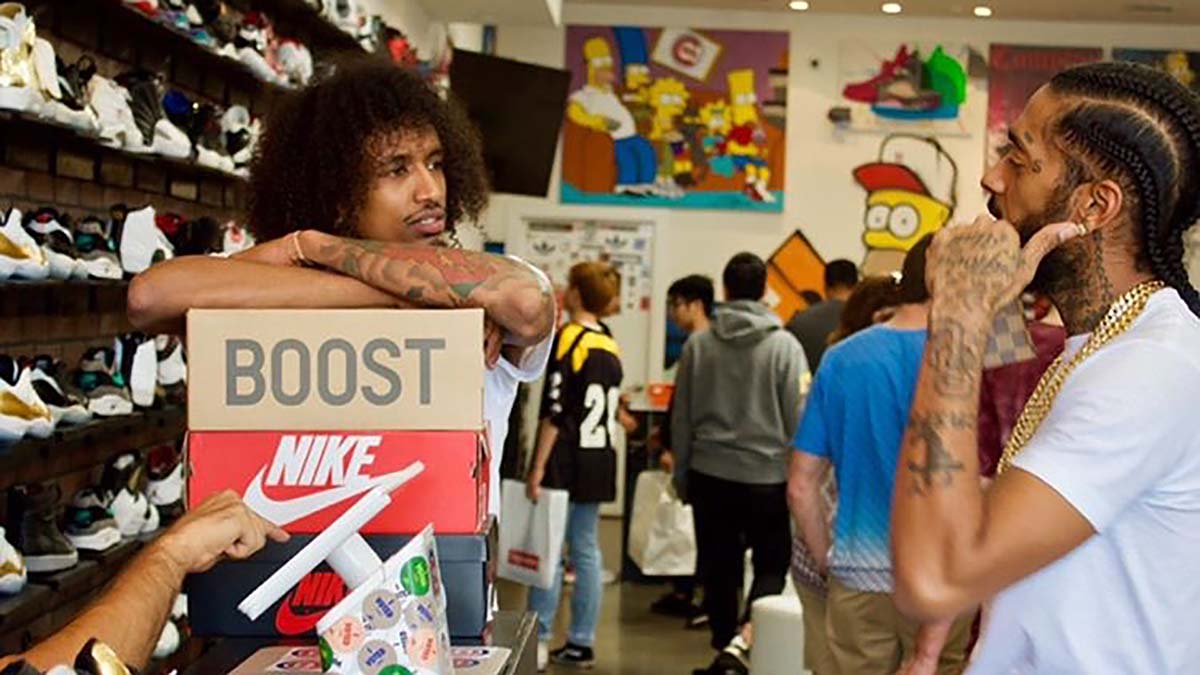 Abraham first met Ermias in 2004 while visiting Eritrea with his family. Ermias would later become a familiar customer at the popular shoe store Abraham co-founded with his business partners, Cool Kicks.

“Our business really evolved in L.A and Nip’s music was our blueprint. He didn’t sugarcoat himself. He was decoding the matrix for a lot of people,” Abraham expressed.

”He never wanted a discount and argued with us not to give one. He always said he was there to support.”

Ermias’ death greatly impacted a lot of Eritreans. His murder made the front page of newspapers in Eritrea.

“His success motivated us. As Eritreans, we don’t have that tier of people where we are like ‘I want to be like him.’ Our parents were crying, our grandmoms. My mom called me for an hour,” said Abraham. 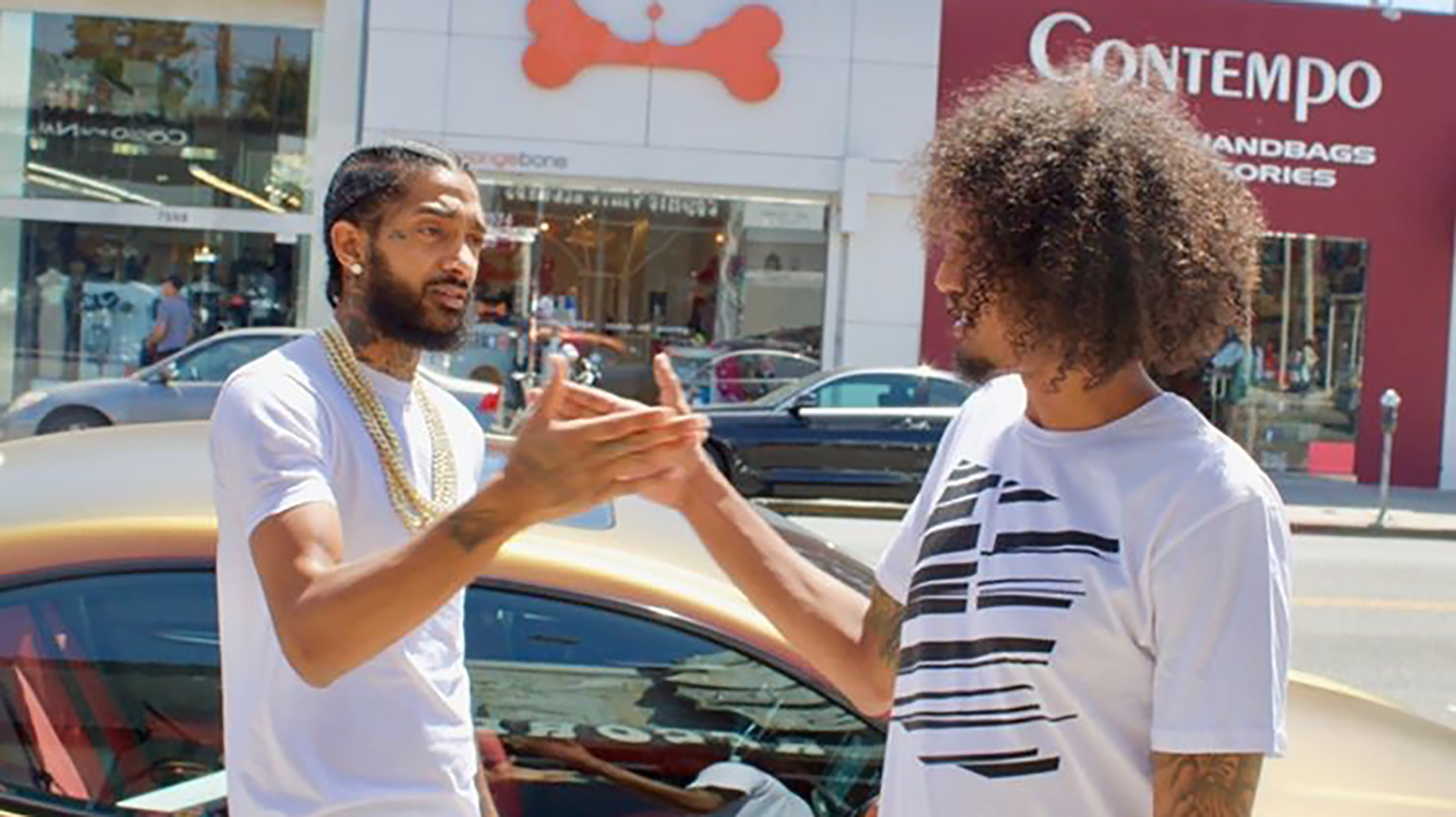 A month before his murder, Forbes published an article about Ermias and his business partners becoming the owners of the lot on Slauson and Crenshaw. He operated several other businesses in the lot along with his brother and their team which includes a barbershop, a restaurant they were opening as well as a phone shop.

The lot has been guarded by a green fence for close to a year now. Plans of Nipsey Hussle Tower were announced soon after his passing.

Ann Marie Clark is a photographer for VECTOR 90, the co-working space Ermias helped develop with David Gross. She was brought in by Ermias’ sister, Samantha, who operated her skin care business in the space.

Clark’s son Rocky, is also friends with Ermias’s daughter Emani and they attended the same school.

“Although I was a fan of Nipsey Hussle, I got to know Emani’s dad,” Clark detailed. 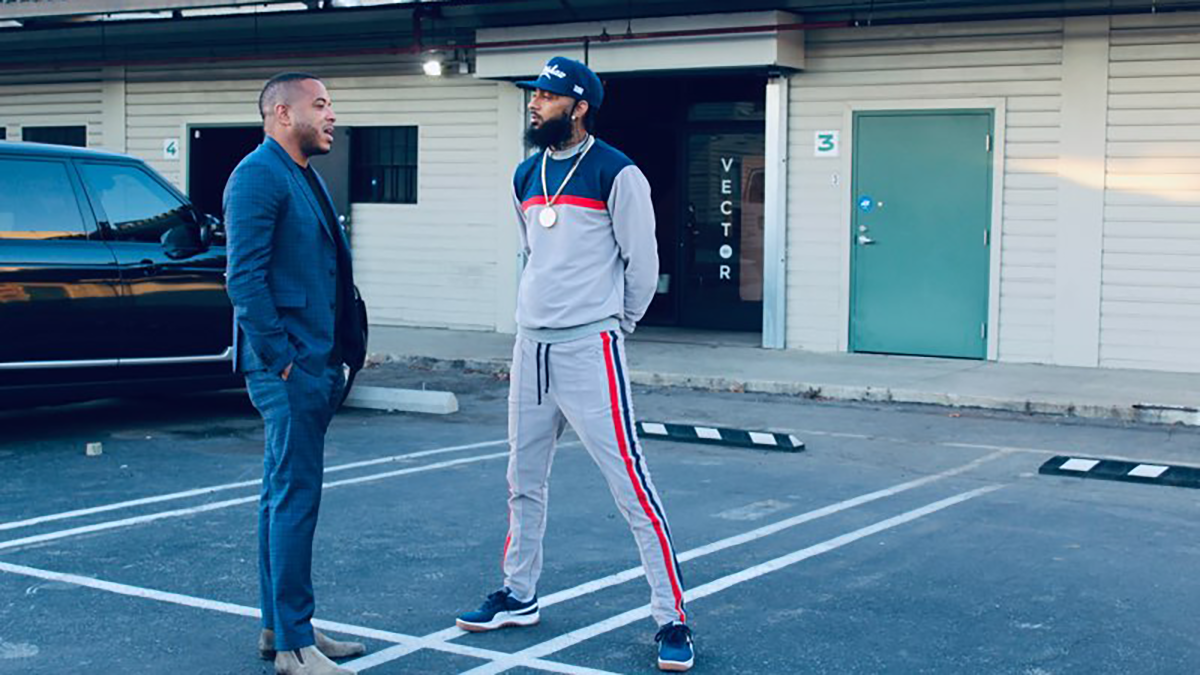 In the year since his passing the business and events at VECTOR 90 have grown immensely. Clark said you can still feel Ermias within the essence of VECTOR 90 but his physical presence is missed greatly.

“Everytime he came in he always asked people how they were doing and he would talk to you. With him it was genuine. He acknowledged you. He was a real man, a real father and I saw it. I saw his interactions with people and his daughter,” Clark reflected.

“It’s sad that here is a Black man who was genuinely invested in his community and to see all this happen.”

One of the things Clark wishes is that Ermias could see the things he was heavily invested in come to fruition but she knows that his family and team will carry on his legacy.

She says that Ermias’ family is very tight-knit and they all take care of each other.

“When my uncle passed away my family crumbled. It is so beautiful to see the way they stick together and are strong. Sam is devastated of course, that was his best friend,” Clark said.

“When I see him he still smiles. So that makes me feel good. Their energy is still amazing even Lauren and Kross. We are all hurt. If you are from the Crenshaw District it hits you differently.”