Doctors threatened to be fired for exposing lack of hospital gear 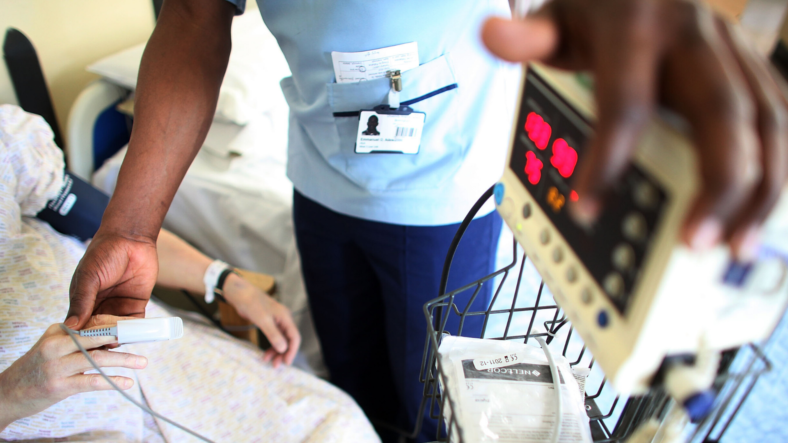 Doctors and nurses who participate in media interviews and discuss unsafe working conditions amid the coronavirus pandemic may soon find themselves fired.

Hospitals are increasingly firing and threatening to fire medical workers who speak to reporters without clearing it with hospital higher-ups first, according to Bloomberg.

“Hospitals are muzzling nurses and other health-care workers in an attempt to preserve their image,” Ruth Schubert, a spokeswoman for the Washington State Nurses Association, told Bloomberg. “It is outrageous.”

These critical healthcare workers should not be threatened into silence, Schubert said. Instead, they “must have the ability to tell the public what is really going on inside the facilities where they are caring for COVID-19 patients.”

Ming Lin, an emergency room physician in Washington state, said he was fired Friday after he gave an interview to The Seattle Times about inadequate testing and personal protective equipment (PPE). The same was reportedly the case in Chicago when a nurse was fired after she emailed colleagues about needing a safer mask while working, and in New York, where the NYU Langone Health system warned employees they could face termination if they did media interviews without permission.

Now health care workers appear to be fighting back.

Lauri Mazurkiewicz, the Chicago nurse fired by Northwestern Memorial Hospital after sending an email to colleagues, has filed a wrongful termination lawsuit.

“A lot of hospitals are lying to their workers and saying that simple masks are sufficient and nurses are getting sick and they are dying,” she told Bloomberg.

Jim Mandler, a spokesman for NYU Langone Health, offered a corporate take as to why it’s not appropriate for medical workers to release information without prior authorization.

“Because information is constantly evolving, it is in the best interest of our staff and the institution that only those with the most updated information are permitted to address these issues with the media,” Mandler said.

Hospitals have always had tougher guidelines concerning media interviews as a way to protect patient privacy. However, it’s not a normal time. Some health care workers are increasingly frustrated at their own exposure to the virus with inadequate equipment and the public relies on these workers to provide information on their critical needs.

In China, it was a doctor who first went into an online chatroom and posted information on the new, potentially deadly virus. Chinese officials reprimanded the doctor and also forced him to sign a police statement stating that his post was illegal. The doctor would ultimately contract the disease from a patient and died.

Doctors and medical personnel in the United States shouldn’t face the loss of their jobs for speaking out about concerns, Glenn Cohen, faculty director of Harvard Law School’s bioethics center, told Bloomberg.

“It is good and appropriate for health-care workers to be able to express their own fears and concerns, especially when expressing that might get them better protection,” Cohen said. When hospitals do this, it’s often to save face, Cohen said.