Republicans turn on each other as Gov. DeSantis' advisor blames Sen. Scott for the overwhelming red tape citizens go through when applying for benefits 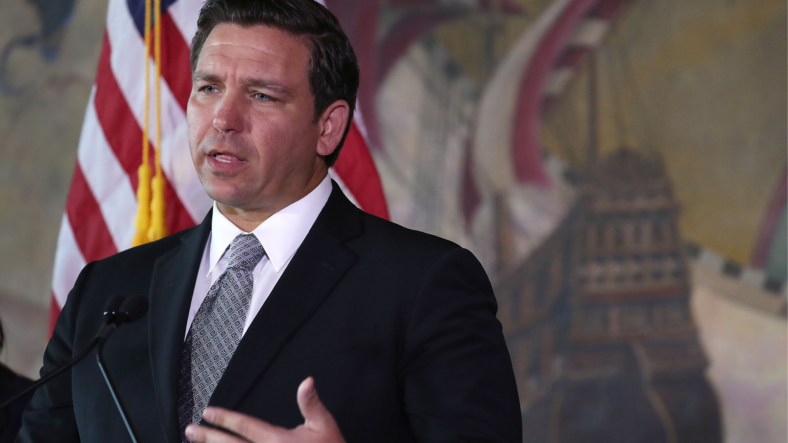 MIAMI, FLORIDA – JANUARY 09: Newly sworn-in Gov. Ron DeSantis speaks during an event at the Freedom Tower where he named Barbara Lagoa to the Florida Supreme Court.(Photo by Joe Raedle/Getty Images,)

Florida’s unemployment system is failing hundreds of thousands of Floridians who need it the most and now some Republicans are admitting the system was “designed to fail.”

As thousands of unemployed workers attempt to file for unemployment on Florida’s online unemployment system known as CONNECT, they are running up against problem after problem. The system frequently crashes or outright denies them access, which some Republicans say it was designed to do to keep Florida’s unemployment numbers down, according to POLITICO.

Residents who have struggled to file for unemployment are now directing their ire at Florida Gov. Ron DeSantis and Sen. Rick Scott, both Republicans.

“It’s a s*it sandwich, and it was designed that way by Scott,” one DeSantis advisor admitted to POLITICO. “It wasn’t about saving money. It was about making it harder for people to get benefits or keep benefits so that the unemployment numbers were low to give the governor something to brag about.”

It appears to have backfired big.

After a record-setting deluge of claims on Thursday, DeSantis said Florida would start collecting paper applications to address the flood of traffic. DeSantis also said the state would build a mobile app to provide immediate help.

Republicans said the CONNECT system was “designed to fail” and that the historic unemployment numbers caused by the coronavirus pandemic brought it to light.

“This is horrible for people. I don’t want to minimize that,” the DeSantis adviser told POLITICO. “But if we have to look past the crisis, it’s bad for the president and it’s bad for the governor.”

HOLLYWOOD, FLORIDA – MARCH 27: Jessie Morancy uses her computer to fill out the application for unemployment benefits after being laid off from her job at the Fort Lauderdale–Hollywood International Airport on March 27, 2020 in Hollywood, Florida. (Photo by Joe Raedle/Getty Images)

“Everyone we talk to in that office when we ask them what happened tells us, ‘the system was designed to fail,’” the adviser added. “That’s not a problem when unemployment is 2.8 percent, but it’s a problem now. And no system we have can handle 25,000 people a day.”

Since 2013, when the $77.9 million CONNECT system was rolled out, there have been problems with it. As recently as March 2019, state auditors detailed problems in the system. The ongoing challenges with CONNECT were one reason why state senators declined to confirm Scott’s choice to run the state agency that manages unemployment benefits, the adviser told POLITICO.

The system apparently was designed to limit benefit intakes so state officials could tout lower unemployment numbers which would ultimately mean fewer unemployment taxes would be paid by Florida companies, officials said.

One Republican reached by POLITICO suggested that “someone should go to jail” over the system.

While not answering questions specifically about the CONNECT system, Scott spokesperson Chris Hartline said the senator has worked hard to help people “who truly needed the assistance.”

“His goal was to make sure every Floridian who wanted a job could get one and turned the program into a re-employment system so people could find employment,” Hartline told POLITICO via email. “As governor, he made investments to ensure the system worked and Florida’s unemployment insurance program is funded at record levels thanks to reforms under (former) Governor Scott, meaning more Florida families can receive the help they need.”

Democratic Rep. Jose Javier Rodriguez said he blames Scott for the failed system and Republicans for going along with the program.

“Rick Scott is the most culpable human being when we look at who’s responsible for the failed system,” Rodriguez told the news outlet. “But I don’t know of any Republican who resisted these efforts to make Florida the most Scrooge-like state in the nation.”