Netflix shows ‘Nailed It’ and ‘#blackAF’ worth binging in April

The streaming platform also brought back a few classics such as 'Player's Club', 'Cadillac Records' and 'School Daze' 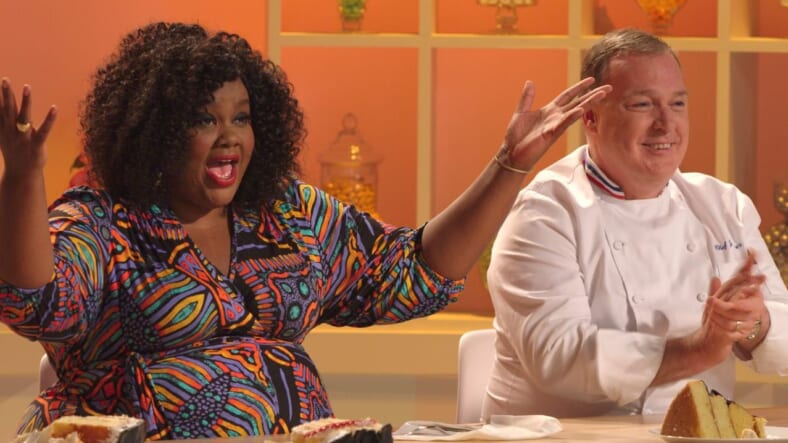 Netflix has been a saving grace in more ways than one since the coronavirus pandemic brought Hollywood (and the world) to an abrupt stop. We can’t wait to help pass the time with some of the new content coming to the streamer in April.

Aside from new projects, Netflix will also be bringing a few classics into the mix this month. Let yourself laugh at Player’s Club, revisit Beyoncé playing Etta James in Cadillac Records, relive your college days with School Daze, and see how Snoop Dogg has changed since Soul Plane.

READ MORE: Ava DuVernay and Netflix win dismissal of ‘When They See Us’ defamation lawsuit

Description: The hosts you love, the hot messes you crave. Welcome back to the Nailed It! kitchens, where anyone — like, literally, anyone — can win. This series is especially entertaining while we have all the time in the world to try out our own skills in the kitchen.

Description: While police officer James Coffee (Ed Helms) enjoys his new relationship with Vanessa Manning (Taraji P. Henson), her beloved 12-year-old son Kareem (Terrence Little Gardenhigh) plots their break-up. Attempting to scare away his mom’s boyfriend for good, Kareem tries to hire criminal fugitives to take him out but accidentally exposes a secret network of criminal activity, making his family its latest target. To protect Vanessa, Kareem teams up with Coffee — the partner he never wanted — for a dangerous chase across Detroit. From director Michael Dowse, this film is an action-comedy about forging unexpected bonds, one four-letter insult at a time.

Description: An exploration of the culture and landmarks of the Chicano and street art movement that cemented Mister Cartoon and Estevan Oriol’s status as behind-the-scenes hip hop legends.

Description: Another can’t miss flick is 2018 ABFF favorite, Sprinter. Produced by Will and Jada Pinkett Smith‘s Overbrook Entertainment, it’s an inspiring story set in Jamaica that’s about an athlete with tons of heart. The all-star cast includes Lorraine Toussaint and David Alan Grier and directed by Storm Saulter.

Description: From Kenya Barris, the Emmy-nominated creator of black-ish, comes #blackAF. Loosely inspired by Barris’ irreverent, highly flawed, unbelievably honest approach to parenting, relationships, race, and culture, #blackAF flips the script on what we’ve come to expect a family comedy series to be.

Pulling back the curtain, #blackAF uncovers the messy, unfiltered and often hilarious world of what it means to be a “new money” black family trying to get it right in a modern world where “right” is no longer a fixed concept.

Description: The Innocence Files shines a light on the untold personal stories behind eight cases of wrongful conviction that the nonprofit organization the Innocence Project and organizations within the Innocence Network have uncovered and worked tirelessly to overturn.

The nine-episode series is composed of three compelling parts – The Evidence, The Witness and The Prosecution. These stories expose difficult truths about the state of America’s deeply flawed criminal justice system while showing when the innocent are convicted, it is not just one life that is irreparably damaged forever: families, victims of crime and trust in the system are also broken in the process.