Surgeon general warns US of ‘saddest week’ and ‘9/11 moment’

'This is going to be our Pearl Harbor moment,' Jerome Adams said on 'Fox News Sunday' 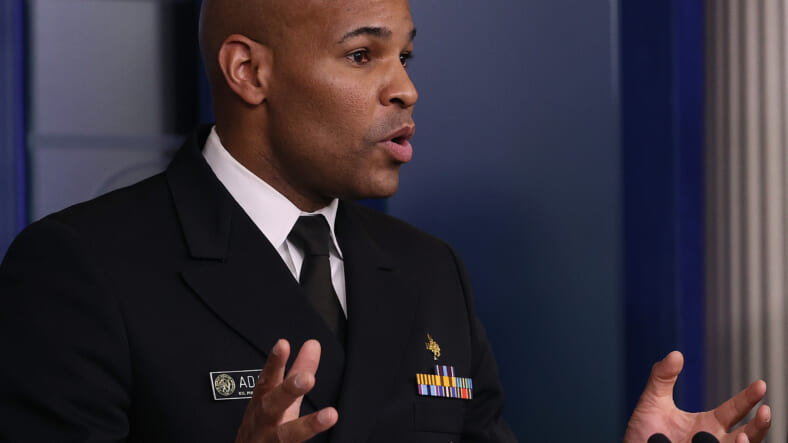 U.S. Surgeon General Jerome Adams speaks during a White House Coronavirus Task Force briefing at the White House April 3, 2020 in Washington, DC. President Trump announced that Americans in virus hot spots should wear a mask when out in public as the death rate caused by coronavirus has nearly doubled in three days in New York City while the nation continues to reel from the impacts of COVID-19. (Photo by Win McNamee/Getty Images)

WASHINGTON (AP) — The U.S. surgeon general offered some of the starkest warnings yet Sunday as he braced Americans for the worsening fallout from the new coronavirus, warning “this is going to be the hardest and the saddest week of most Americans’ lives, quite frankly.” The public was advised separately by the nation’s infectious disease chief to “just buckle down” and that the virus probably won’t be wiped out entirely this year. 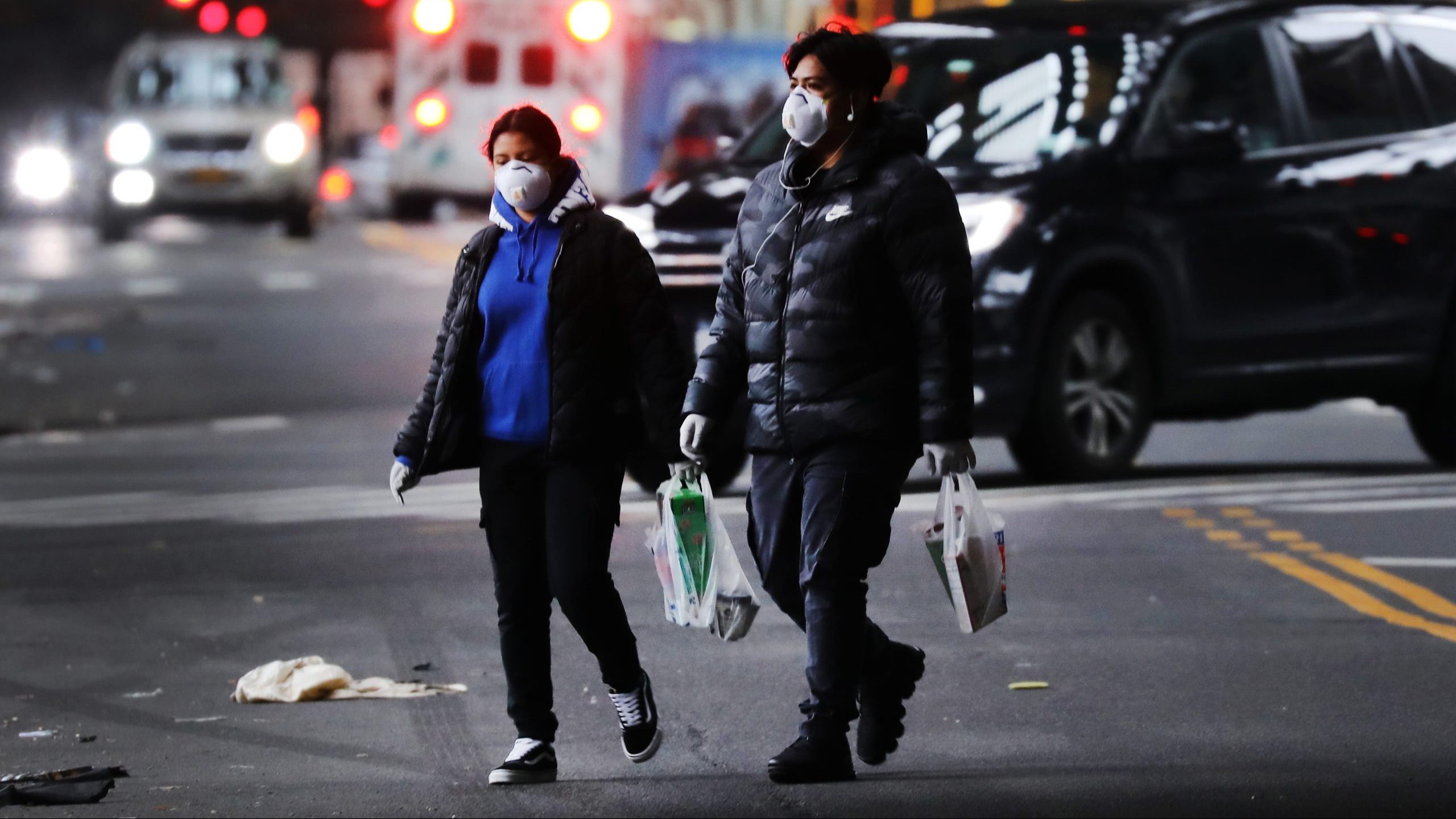 People move through the streets of the Borough Park section of Brooklyn which has seen an upsurge of coronavirus patients on April 03, 2020 in New York City. (Photo by Spencer Platt/Getty Images)

Much of the country is under orders to stay home, and federal officials said that they have seen signs that people are listening to the message about social distancing. But the Trump administration also is also emphasizing that the worst is yet to come for many communities.

“This is going to be our Pearl Harbor moment, our 9/11 moment, only it’s not going to be localized,” Surgeon General Jerome Adams said on “Fox News Sunday.” He added: “It’s going to be happening all over the country. And I want America to understand that.” 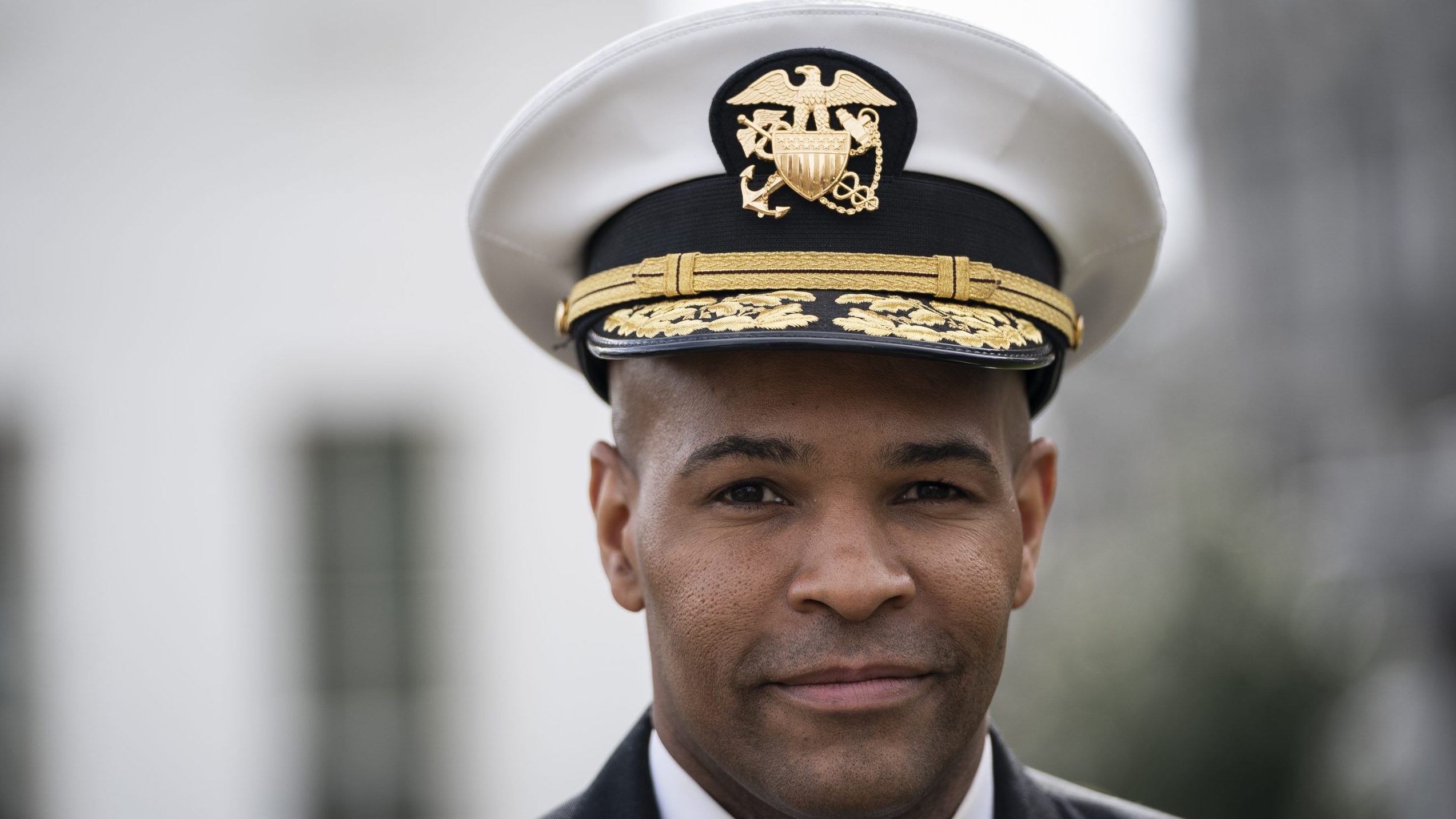 U.S. Surgeon General Jerome Adams walks outside the West Wing of the White House on his way to do a television interview with Fox News on March 5, 2020 in Washington, DC. Reports of cases of coronavirus (COVID-19) in the U.S. have now reached 18 states. (Photo by Drew Angerer/Getty Images)

For most people, the virus causes mild or moderate symptoms, such as fever and cough that clear up in two to three weeks. For some, especially older adults and people with existing health problems, it can cause more severe illness, including pneumonia, and death.

Dr. Anthony Fauci, director of the National Institute of Allergy and Infectious Diseases, said the coming week is “going to be shocking to some.”

“But that’s what is going to happen before it turns around, so just buckle down,” Fauci said on CBS’s “Face the Nation.” 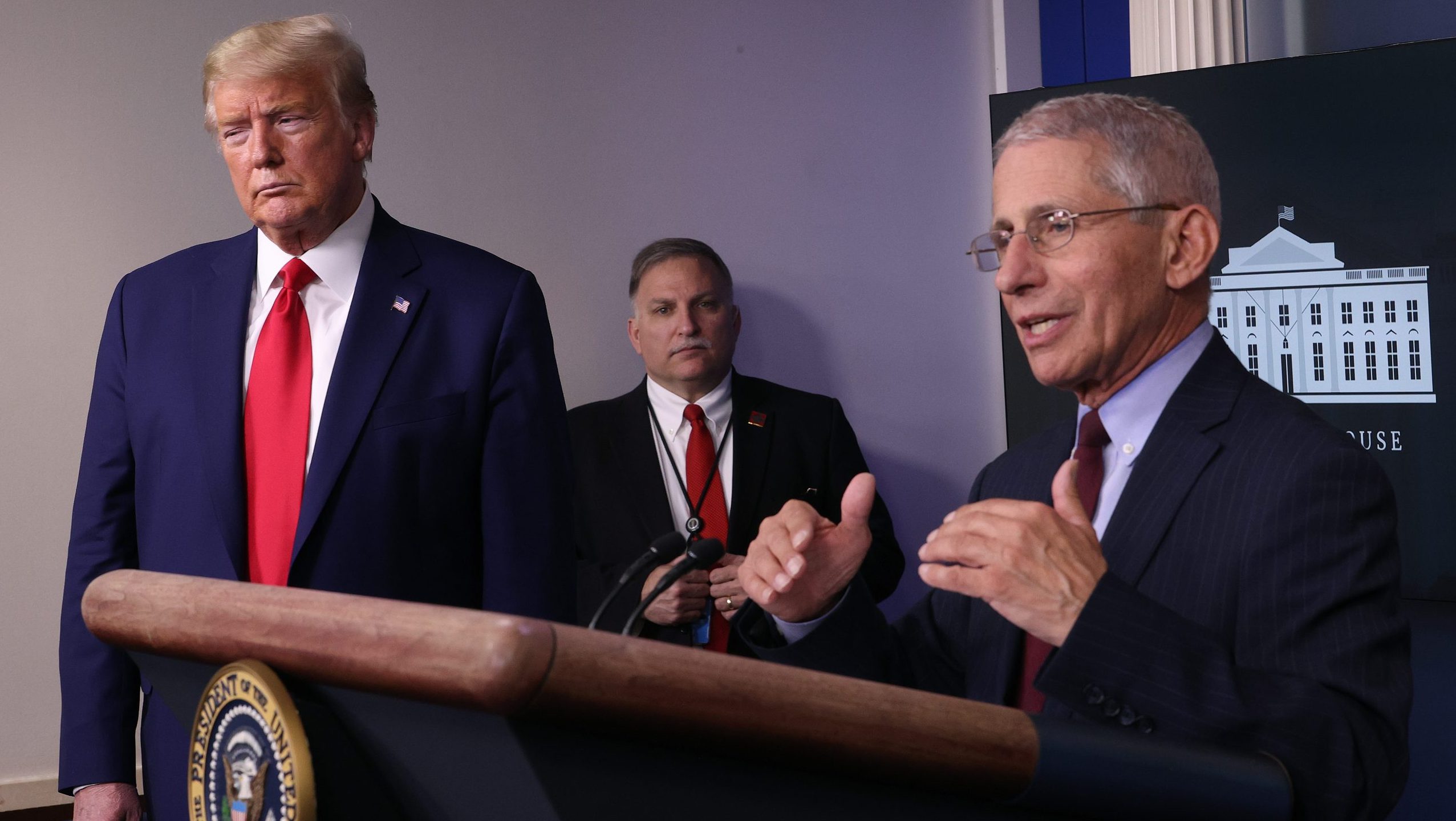 Dr. Anthony Fauci (R), director of the National Institute of Allergy and Infectious Diseases, while flanked by President Donald Trump during the daily coronavirus task force briefing in the Brady Briefing room at the White House on March 31, 2020 in Washington, DC. (Photo by Win McNamee/Getty Images)

Fauci said that the rate of new cases will determine whether the United States is putting the worst behind it.

“We’ve seen that in Italy,” Fauci said. “We’re going to hopefully be seeing that in New York very soon and that’s the first sign of that plateau and coming down.”

Fauci also warned that unless the world gets the virus under control, it will “assume a seasonal nature.”

“We need to be prepared that, since it unlikely will be completely eradicated from the planet, that as we get into next season, we may see the beginning of a resurgence,” Fauci said. “That’s the reason why we’re pushing so hard in getting our preparedness much better than it was.”

While most states have adopted restrictions on people’s movement, a few states have declined to order residents to stay home. Adams was asked on NBC’s “Meet the Press” if they should join the rest of the country.

“Ninety percent of Americans are doing their part, even in the states where they haven’t had a shelter in place,” Adams said. “But if you can’t give us 30 days, governors, give us, give us a week, give us what you can, so that we don’t overwhelm our health care systems over this next week.”