Trump says his administration is encouraging many Americans to wear face masks in public, per CDC guidelines

Abubacar, originally from Mali, pauses with his homemade face masks in the Harlem neighborhood as fears increasingly grow over the coronavirus pandemic on March 31, 2020 in New York City. (Photo by Spencer Platt/Getty Images)

WASHINGTON (AP) — President Donald Trump says his administration is encouraging many Americans to wear face masks in public, though he stresses that the recommendation is optional and is conceding that he will not be complying with it.

The Trump administration’s new guidance that many people in the United States should start wearing face coverings when out in public is raising concern that it could cause a sudden run on masks.

Though some people already have begun acquiring or creating face masks on their own, the administration’s new guidance could test the market’s ability to accommodate a surge in demand. It was expected to be limited to people in areas of the country hit hard by the coronavirus, not nationwide, as some health experts had urged. 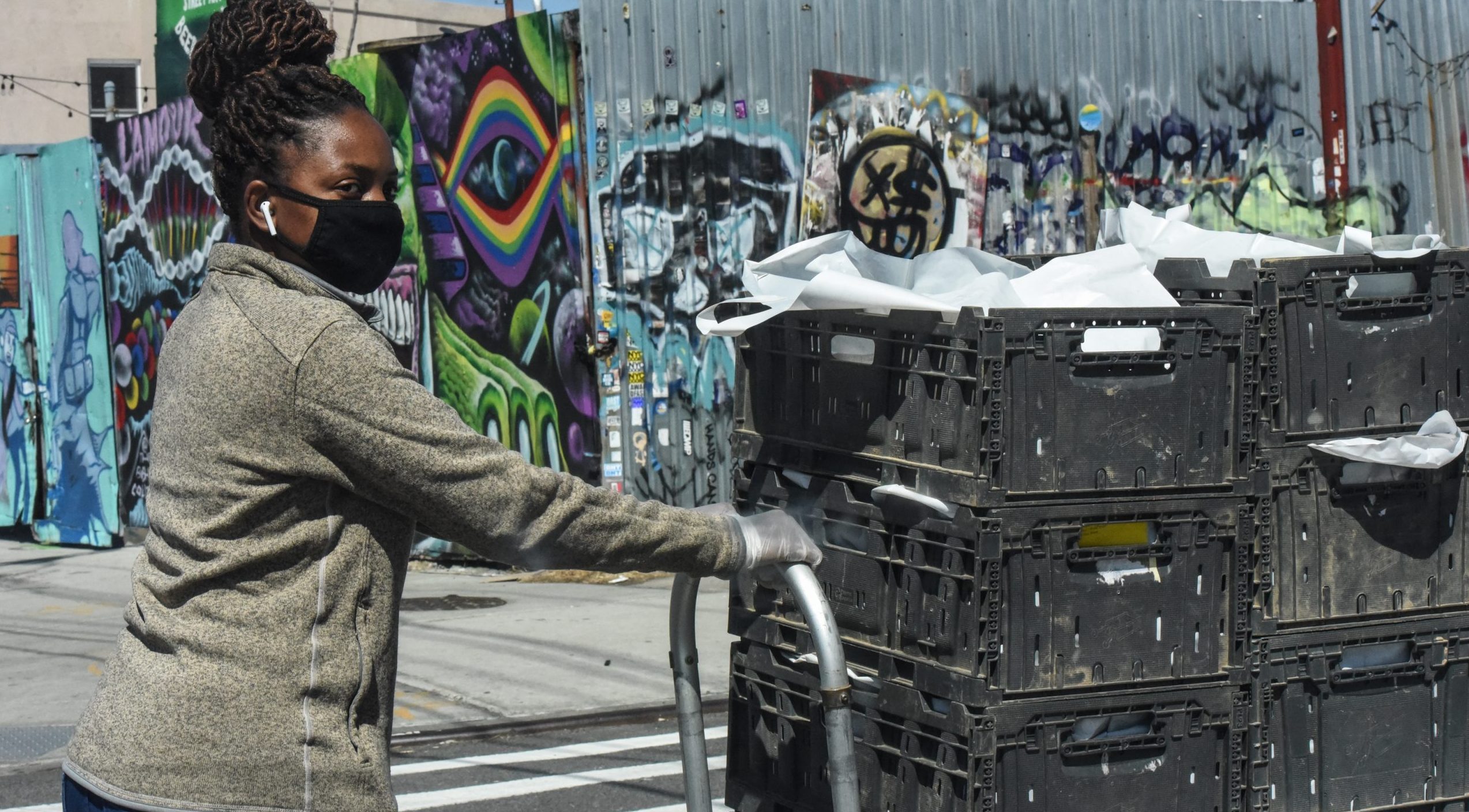 A person wears a protective masks while delivering donated meals in the Bushwick neighborhood of Brooklyn on April 2, 2020 in New York City. New York City is in its second week of lock down due to the coronavirus. (Photo by Stephanie Keith/Getty Images)

The new guidelines will encourage people to use more rudimentary covering like T-shirts, bandannas and non-medical masks. And Trump himself suggested scarves could be a good alternative to masks.

The new recommendations are set to be announced at a time when states are bracing for critical shortfalls like those that other parts of the world have experienced. They’re scrambling to stockpile all manners of equipment.

In New York, Gov. Andrew Cuomo said Friday he would use his authority to seize ventilators and protective gear from private hospitals and companies that aren’t using them.

Trump, who foreshadowed the coming guidance at a White House briefing on Thursday, sought to minimize any burden by stressing the recommendations would not amount to requirements. 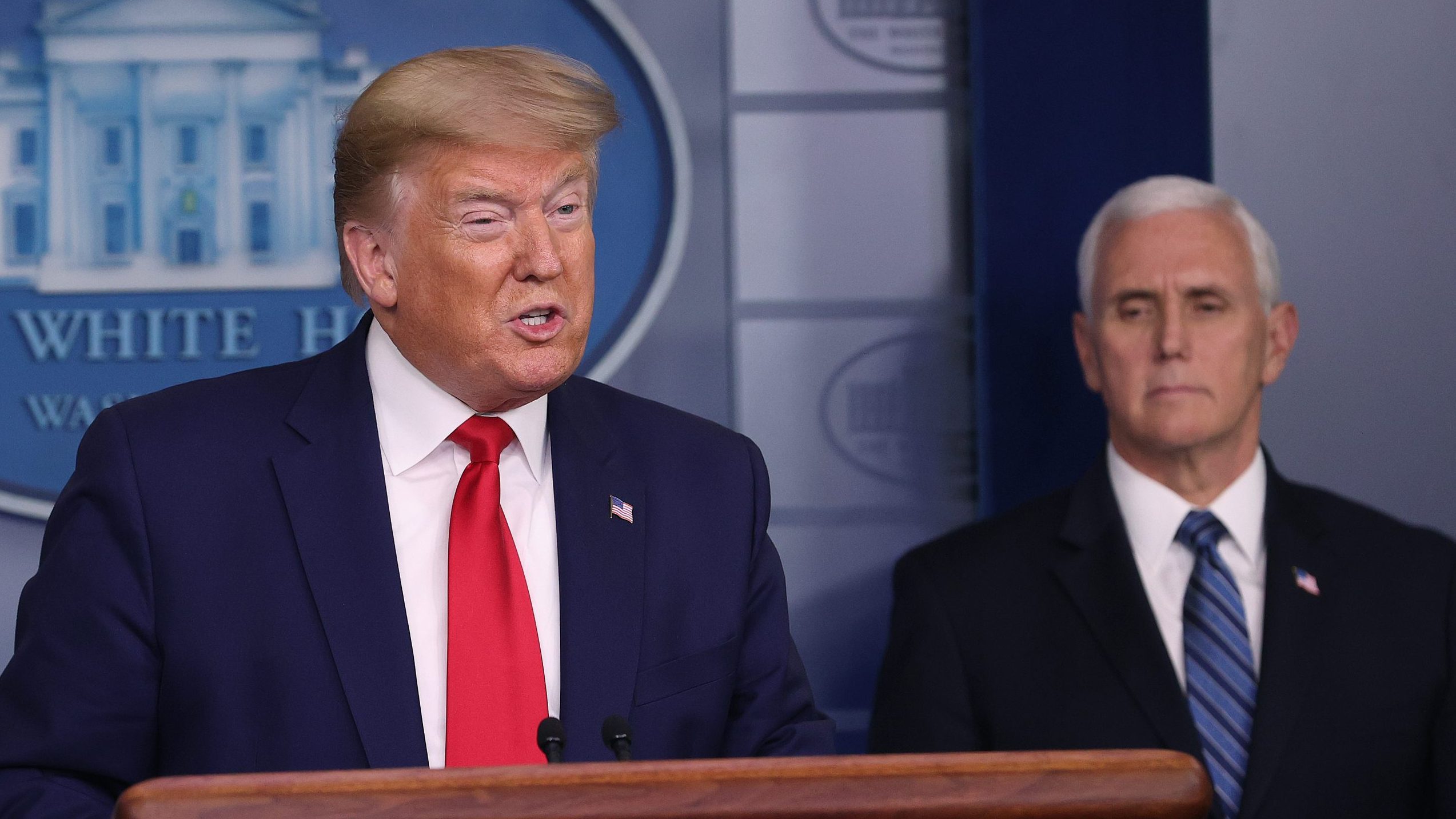 Medical masks, particularly N95 respirators, are in short supply and are to be left for those on the front lines of fighting the spread of the infection.

“If people wanted to use scarves — which they have, many people have them — they can. In many cases, the scarf is better, it’s thicker,” Trump said. “Depending on the material, it’s thicker.”

He said the recommendations would not be mandatory “because some people don’t want to do that” and that “people can pretty much decide for themselves right now.”

The administration has said states should have done more to stockpile medical supplies, but it’s not clear if anyone is prepared for the rush that could ensue if everyone follows the White House guidance.

In rural Florida, Okeechobee Discount Drugs has been sold out of face masks for almost two weeks, and “we don’t know where you can find any masks at this point,” said Stacey Nelson, one of the pharmacy’s owners.

“It’s very hard to get these products, but people want them,” Nelson said. “They’ve been getting mixed messages and people aren’t sure if they should be wearing masks in our daily lives. It’s very confusing. Wear them, or don’t wear them?”

At the West Cocoa Pharmacy along Florida’s Space Coast, it’s been impossible to get any shipments of the N95 masks, said owner Dawn Butterfield.

Even the less protective “earloop” masks are out of stock. Whenever a customer comes in looking for a face mask, Butterfield said she recommends they contact two women in the area who are sewing cloth face masks out of T-shirts. 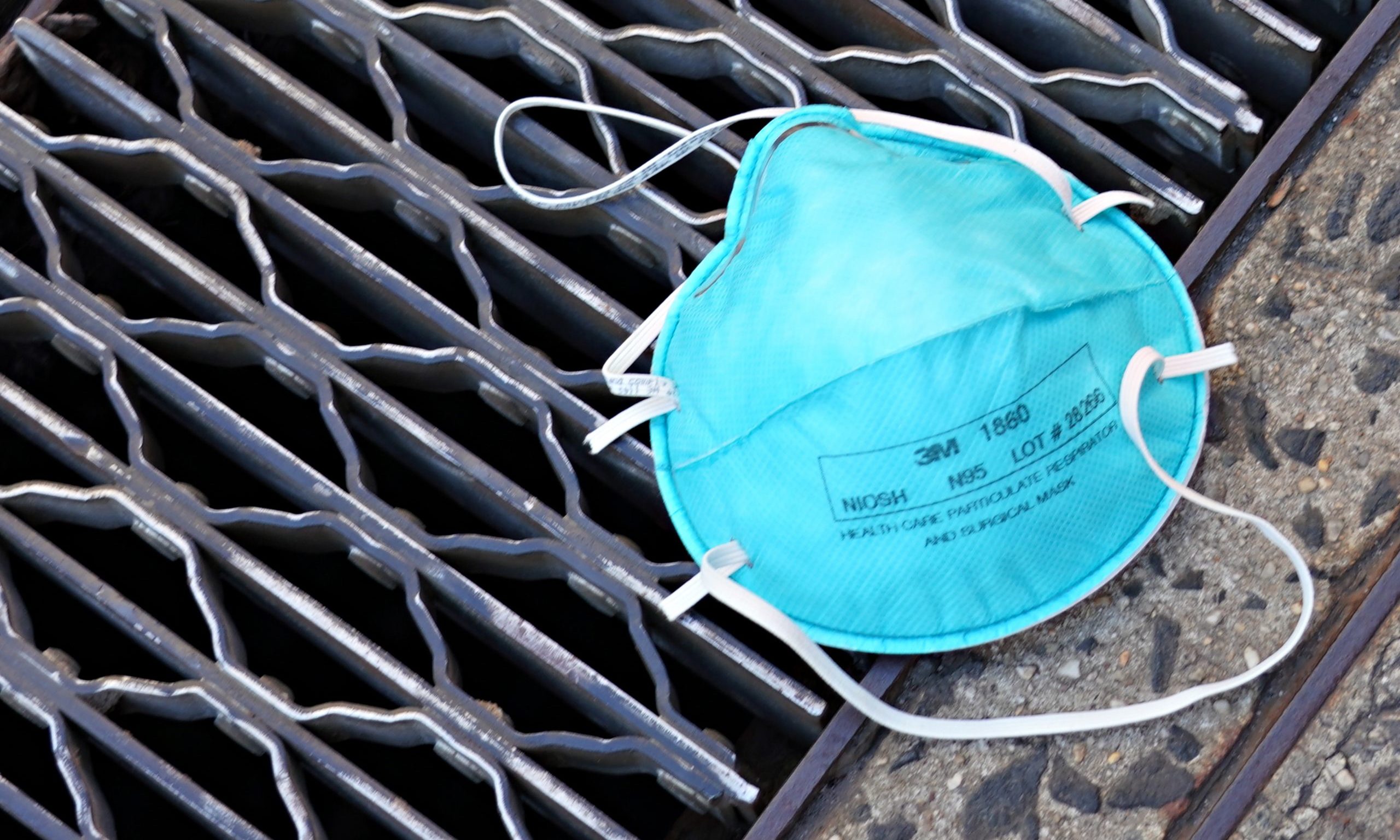 A mask is seen on the sidewalk as the coronavirus continues to spread across the United States on March 27, 2020 in New York City. (Photo by Cindy Ord/Getty Images)

For most people, the new coronavirus causes mild or moderate symptoms, such as fever and cough that clear up in two to three weeks. For some, especially older adults and people with existing health problems, it can cause more severe illness, including pneumonia, and death.

In fashioning the recommendations, the administration appears to be striving to balance political concerns about states that have not been as affected by the coronavirus and wanting to preserve as much normalcy as possible with public health concerns that some infections are being spread by people who seem to be healthy and this could infect areas that so far have been mostly spared.

Draft guidance from the Centers for Disease Control and Prevention initially envisioned the new recommendations would apply to all Americans, not just those in hot-spot areas. But federal officials limited the recommendations to places with high rates of community spread.

The White House has faced pushback against rigorous social distancing guidelines from states with lesser rates of infection. For the hardest-hit areas, where social distancing has already been in place for some time, the White House coronavirus task force thought there would be less risk of people ignoring the other guidance if they covered their faces.

Dr. Deborah Birx, the task force coordinator, said Thursday she was concerned that people would be lulled into a false sense of security by covering their face, and wouldn’t abide by the more critical and effective measures to slow the spread of the virus: staying six feet apart, frequently washing their hands and refraining from touching their faces.

As with other public health guidance, the recommendation on face covering has been a moving target for the administration. Under the previous guidance, only the sick or those at high risk of complications from the respiratory illness were advised to wear masks.

Surgeon General Jerome Adams wrote on Twitter at the end of February that people should “STOP BUYING MASKS” and said they were not effective in protecting the general public.

On Monday, he noted that the World Health Organization does not recommend masks for healthy members of the population. Three days later, he tweeted that though there remains “scant” evidence that wearing a mask, especially improperly, can protect the wearer, “emerging data suggests facial coverings may prevent asymptomatic disease transmission to others.”