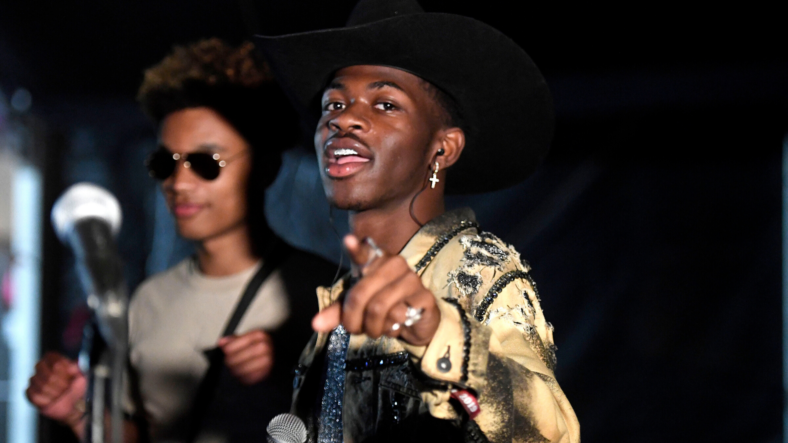 Lil Nas X marked the one-year anniversary of his hit single, “Old Town Road,” by doing an in-depth interview where he discussed being asked by South Bend, Ind. Mayor Pete Buttigieg to endorse his presidential campaign.

Nas, 20, said he declined Buttigieg’s request because he wasn’t clear about the politician’s motives and didn’t want to support him just because he too is openly gay.

Even though the rapper, born Montero Lamar Hill, said politics gets him “very upset” and he is reluctant to endorse a candidate “because I don’t know what else they’re doing, or what they’re going to do,” he definitely will be participating in the 2020 presidential election. The article says he’s not yet registered to vote but plans to get registered.

“Of course I’m going to vote,” Lil Nas X told The Guardian. “I encourage my fans to vote.”

“Old Town Road” features Billy Ray Cyrus in its remix. The song would go on to smash Billboard charts. Nas told the newspaper that he hid his sexuality, and planned to keep it that way.

“The honest truth is, I planned to die with the secret,” Nas said. He came out as gay last summer in a tweet. Now he says he’s comfortable with being an LGBTQ role model, yet doesn’t want to add pressure to his young fans, one way or the other.

“I 100 percent want to represent the LGBT community,” Nas told The Guardian. “I don’t want to encourage them to do something they don’t 100 percent want to do. Especially in, like, middle school or high school. Because it’s just super-hard. It’s easier for me. I’m not depending on anybody. There’s no one who’s going to kick me out of the house — nobody to start treating me s****y.”