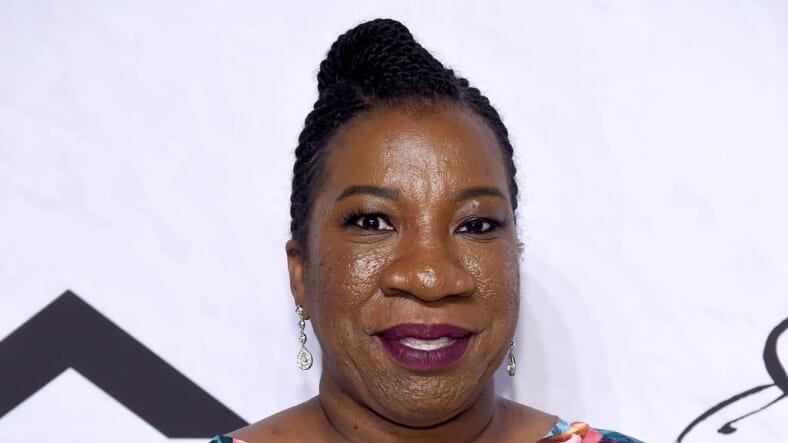 Tarana Burke’s fiancé, who she has yet to name, tested positive for the COVID-19 virus.

Burke revealed Thursday that her partner works with New York’s homeless population and was likely exposed while doing his job as he is deemed an essential worker. She said she was initially hesitant to reveal his status, but decided to do so to provide first-hand information about the virus and the toll it takes on loved ones.

Burke and her husband-to-be were tested. Burke was negative. She described the last two weeks as one of the “scariest” in her life. She said the couple wasn’t aware that they were likely dealing with COVID-19 for a few days until her man’s fever spiked to 101.5 along with the added symptom of what she describes as “sensitive skin” when he felt as though his skin was burning.

The couple went to New York City’s Mt. Sinai Hospital as the fever continued to build. Burke said she was also not feeling well and was also tested. Although she tested negative, (describing the nasal swab test as “brutal” but quick) he was feverish, his blood sugar was elevated and he was dehydrated. The couple both received chest X-rays as the virus is known to impact the lungs.

Burke and her man were ultimately released from the hospital with instructions to have him return if he “even skipped” a breath. From there, it was a harrowing few days when his fever spiked nightly as a worried and exhausted Burke literally watched him sleep in fear that his breathing would become impaired.

Fortunately for the couple, a combination of over-the-counter medications finally helped bring down the fever. Burke shared that she hoped her story might help others, but also that she hoped no one has to get it.

While she recognized the novel coronavirus impacts everyone differently, she wanted people to know that in her experience, “It’s not a “bad flu” or “cold.”

While exact records are still difficult to come by, the coronavirus does seem to be impacting African-Americans disproportionately, especially in cities like New York, Milwaukee, and Chicago.

I’ve kept my relationship relatively private for a lot of reasons. So much of my life is public now that it’s nice to have something just for us. Also, years ago I went ‘public’ with another relationship and was so embarrassed when it ended and I was faced with questions about it. When I got these pictures back I so loved them because they capture us at our best – carefree and in love. We took them on Highbridge, the oldest bridge in NY located in the Bronx neighborhood of the same name where we both grew up. It was a beautiful afternoon filled with beautiful, Black love. When I showed one of my girls and shared that I was debating going public she said “Black love is to be celebrated” and that resonated with me. So today I’m celebrating my love and all of the love spread from my timeline across the world. Happy Valentine’s Day ? #abronxtale ? – @strangebirdproductions ?

The #MeToo founder and activist announced her engagement on her Instagram page on Valentine’s Day this year. Bronx, N.Y. native Burke titled it “A Bronx Tale.” She shared that at first she wanted to keep the engagement private as her life had become so public, but decided sharing positive imagery of Black love might resonate with others.

You can read Burke’s Twitter thread about their current challenge below.

I went back and forth about talking about this but my partner has Covid and the last two weeks of my life have been some of the scariest. The reason why I’m sharing is because I’ve read so much information but the most informative has been first person accounts of folks with it.