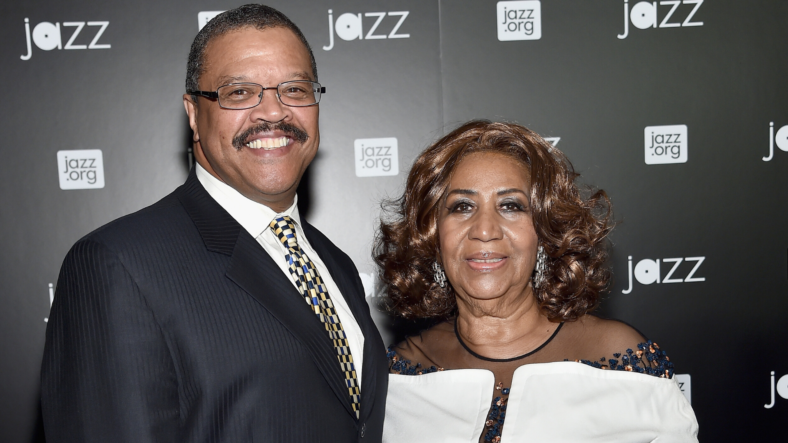 Wilkerson, 72, died on Wednesday at Ascension Providence Hospital in Rochester, where he was taken on March 30, his family told the Detroit Free Press.

A former Detroit firefighter, Wilkerson met Franklin in the late 1980s after going to one of her shows, where he had a front-row seat. As he was “hooting and hollering” while ‘Retha sang the roof off the place, the singer “started a conversation with him,” said Reginald Amos, a retired deputy chief with the Detroit Fire Department.

That conversation continued after the show, as they learned that they were practically neighbors. Both Franklin and Wilkerson had apartments in Detroit’s Riverfront Towers. They soon became an item and were ultimately engaged to be married in 2012, although they had many relationship starts and stops along the way. In an interview with Jet, Franklin described them as a “fiery match.”

In an old Free Press story, the newspaper referred to Wilkerson as “a strapping Vietnam War veteran with a love of Cadillacs (Cadillac Willie is one of his nicknames)” and “a sturdy, steady presence at Franklin’s side.”

Although the two would never marry, they stayed good friends. As Franklin’s health deteriorated in 2018 before she died of pancreatic cancer, Wilkerson remained “very close to her, visiting her right to the end,” one of his daughters, Tequila Wilkerson, told the newspaper.

“And they talked all the time on the phone,” she added.

And they also traveled a lot together, according to another one of Wilkerson’s daughters, Sandra Evangelista of Wilsonville, Oregon.

Willie Wilkerson Jr. was born in Detroit and is a Vietnam War vet, serving with the U.S. Marine Corps, his family told the newspaper. When he returned from war, he started working as a fire engine operator with the Detroit Fire Department.

Even in his final weeks, Wilkerson kept his sense of humor, making nurses and other health care workers laugh, said his third daughter, Tanya Wilkerson Thompson of Grand Blanc.

“He was definitely a funny guy. He just had an infectious spirit. He could come to my son’s basketball games and he was just that guy that everybody could walk up to and feel like you knew him,” Thompson told the Free Press.

Wilkerson is survived by his wife, Doris Ogburn, whom he married last year, his three daughters, a son, John McGovern of Portland, Oregon, and 10 grandchildren and six great-grandchildren.

Due to the coronavirus pandemic, the family is undecided as to whether they’ll hold a funeral for him, but are asking that donations in his memory be made to the Michigan Humane Society, 30300 Telegraph Road Suite 220 Bingham Farms, MI 48025; or via www.michiganhumane.org, since he loved his canine friends.