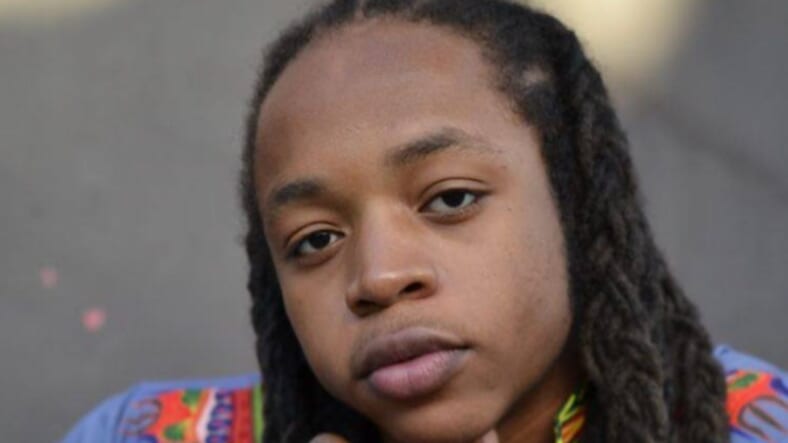 You can add #rehearshingwhileblack to the latest racial profiling list as Los Angeles actor Tyree Freely found out while rehearsing a monologue from the classic August Wilson play “Jitney.”

As we are all working at home while the COVID-19 pandemic rages on, Freely thought to keep his thespian skills up by reciting Wilson’s words. He was also recording it for a chance to be considered for casting director Leah Daniels-Butler‘s Quarantine Project, an open call that sought monologues for a Slam to be posted to social media.

First reported by Broadway World, according to his post on Instagram, Freely was rehearsing a pivotal scene from “Jitney” Tuesday when two Los Angeles police officers showed up at his apartment door to investigate a domestic violence complaint called in by a neighbor.

Freely was placed in handcuffs and detained by LAPD officers Velasco and Terzes, who can be heard in the recording explaining that it is their policy to handcuff suspects.

After searching the apartment and confirming no one was there but Freely, the police left.

READ MORE: Homemade masks for coronavirus not being worn by all people of color

Hey what’s up Instagram. I was filming a self-tape this morning for @ldbcasting @thats_mrs_butler_2_you, and I heard a knock at the door. I looked through the peephole and didn’t see anything, so I opened the door to see 2 LAPD officers on the sides of my door. They told me to step out of my own home as they asked me who was inside. As I informed them that it was just me inside, they weren’t trying to tell me what happened nor were they trying to tell me their names. I told them how I was making a self tape for class (though they didn’t know what a self tape was nor did they believe me). Then, they were trying to place me under arrest for something I had no idea about. I kept asking why are you trying to place me in handcuffs, and you can hear the officer saying, “You’re lucky we didn’t just grab you and throw you in handcuffs.” For whaat ?!? Being black in my own home? They finally told me someone called them because of some possible fighting going on here, so instead of asking me to wait outside, they decided to “detain” me. So I politely complied w/ their orders as I refuse to be another hashtag. As I was placed in handcuffs, one officer searched my whole apartment as no one was there (like I said). (FYI, soon as you walk in, you could literally see my tripod/ring light set up w/ my phone on it) They finally said it was suspicion of domestic violence in my apartment! AS I AM IN MY HOME BY MYSELF! Who am I beating up? Myself? This was completely uncalled for as I was taken out of my own home to be handcuffed for doing a monologue. Also, they were too close to me to begin with. I thought we were suppose to be social distancing as I’m being placed in metal handcuffs that could’ve been infested w/ Rona germs. I apologize @ldbcasting for not submitting in a timely manner, but this is what I was dealing with. I didn’t even get to finish my take as this was take 4. Thank you officers Velasco and Terzes for ruining my self tape and also this entire monologue for me. The devil is a liar & I am blessed. God I thank you for covering me because it could’ve went a totally different route. #quarantinemonologues #artist #black #disrespectful #God #trending #Jitney #blm

Sounds like Freely may have won himself a role, though, if his monologue was that convincing. He said that he was unable to turn his monologue in before the deadline, but hopefully, given the circumstances, he gets a break.

theGrio has reached out to the LAPD for comment.