The presumptive Democratic nominee for president wants to cancel federal student loans for those earning less than $125,000 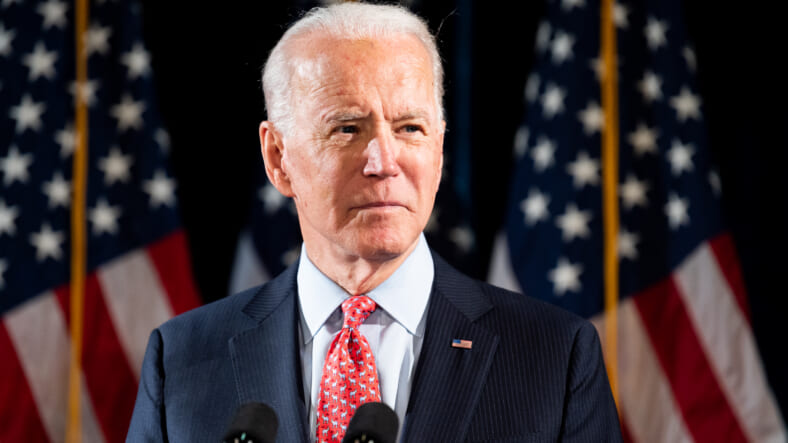 Former Vice President Joe Biden is all but guaranteed to become the Democratic Party’s nominee for president of the United States this fall.

The seasoned politician now hopes to lead the fight to forgive student loans after beefing up his policy proposals for the matter in the wake of firebrand Sen. Bernie Sanders‘ exit from the primary race. The plan also includes language specifically for people who attended Historically Black Colleges and Universities, according to Forbes.

“Senator Sanders and his supporters can take pride in their work in laying the groundwork for these ideas, and I’m proud to adopt them as part of my campaign at this critical moment in responding to the coronavirus crisis,” Biden said in a Medium post.

Biden rolled out the new plan on Thursday that details his desire to forgive federal student tuition-based debt for low-income and middle-class people that attended public institutions, including two- and four-year programs, with some exceptions. Private loans are not included in the policy proposal.

The exceptions to the rule are HBCUs and minority-serving institutions (MSI), which are made up of both public and private colleges. Some of the most recognizable HBCUs, including Howard University, Morehouse College and Spelman College, are private institutions.

Biden’s new forgiveness plan is directed to individuals who bring home less than $125,000 a year. Those who make less than $25,000 a year would not be asked to make monthly payments on public loans.

The plan is in part a response to the economic fallout of the coronavirus outbreak. Biden said he would pay for the debt cancellation by repealing an “excess business losses” tax cut that was part of the CARES Act, the bipartisan $2.2 trillion stimulus package signed by President Donald Trump last month. More details about the plan will come out in the future.

“That tax cut overwhelmingly benefits the richest Americans and is unnecessary for addressing the current COVID-19 economic relief efforts,” Biden wrote in the proposal.

Biden’s plan expands on his initial $750 billion policy proposal to address the mounting student debt crisis, which was centered on income-based repayment. Individuals making more than $25,000 would be asked to pay no more than 5% of discretionary income toward loan payments for 20 years. After meeting that obligation, all outstanding federal loan balances would be forgiven.

By contrast, Sen. Sanders has voiced unyielding support for canceling all student debt, including federally backed and private loans.