After a year-long wait HBO’s Insecure, season 4 is back. On Sunday night, star and creator Issa Rae kicked off the new season with a virtual watch party on IG Live with some of the cast, a DJ set, and an after-party performance by Jidenna.

During a Q&A with co-star Yvonne Orji, the series’ besties discussed reuniting with the cast.

“It felt like the band was back…like we never left,” Orji shared.

The co-stars also shared laughs about jokingly wanting to fight Kerry Washington, who directed episode 9 of this season. The former gladiator pushed the actresses to go beyond their limits. “I want to bring the best out of you,” Kerry told Orji on set. 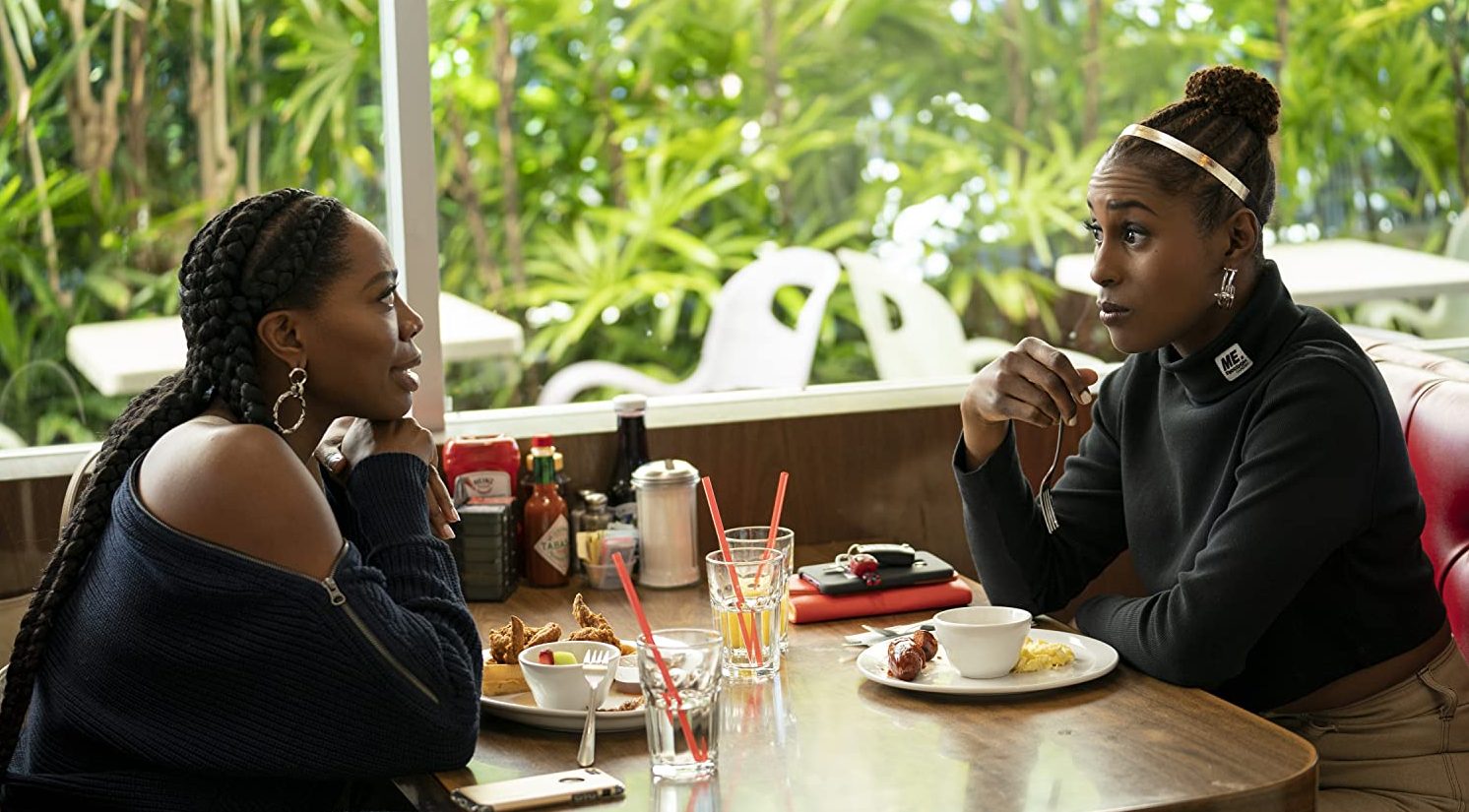 As viewers learned from episode one, there will be some conflict between Rae and Orji’s characters, Issa and Molly, which one can imagine caused quite a bit of tension while filming scenes.

“This is still a comedy, it’s bare minimum over here,” Orji joked, to which Washington told her, “I’m going to let you know if I don’t feel it.”

Rae explains how directors go with the flow and usually take into account how the actors and their characters have previously worked on the show. But Washington respectfully wanted to try new things.

Orji shared that during a heartfelt scene, seemingly giving her all, Washingon screamed out, “I don’t believe you!” prompting her to make her performance more believable. While the actress admits it was frustrating at first, she was able to make the scene better.

“She pushed me to greatness,” Orji said.

It was revealed in November that Washington would direct the highly-anticipated series. She previously directed one of the final episodes of Scandal, and is currently starring and executive producing the Hulu original series, Little Fires Everywhere, alongside Reese Witherspoon.

Episode 9 of Insecure is right before the season finale, so we know there will be lots of drama, and maybe even a major cliffhanger. Washington is exciting for the episode to air sharing a tweet that says, “Being sooooo lowkey about my excitement for Insecure Season 4!!!!”

Being sooooo lowkey about my excitement for Insecure Season 4!!!! #CasualSunday #LowkeyBlendingIn