Barack Obama asked to be national graduation speaker for 2020 class

Tonya Pendleton
U.S. President Barack Obama speaks to students and attenders after receiving an honorary doctorate of laws during the 250th anniversary commencement ceremony at Rutgers University on May 15, 2016 in New Brunswick, New Jersey. Obama is the first sitting president to speak at the school’s commencement. (Photo by Eduardo Munoz Alvarez/Getty Images)

Barack Obama might not be the president anymore but there’s a high school senior who still believes his words can set the right tone for a better future.

Twitter user @Lincolnjackd wants him to be the national commencement speaker for high school and college seniors who face graduation under the coronavirus.

Hi @BarackObama! Like most high school/college seniors, I’m saddened by the loss of milestone events, prom & graduation. In an unprecedented time, it would give us great comfort to hear your voice. We ask you to consider giving a national commencement speech to the class of 2020.

For those who have been able to complete their graduation requirements online, the usual pomp and circumstance of graduation will have to be limited to a Zoom meeting and a celebration with the family that they are quarantined with. 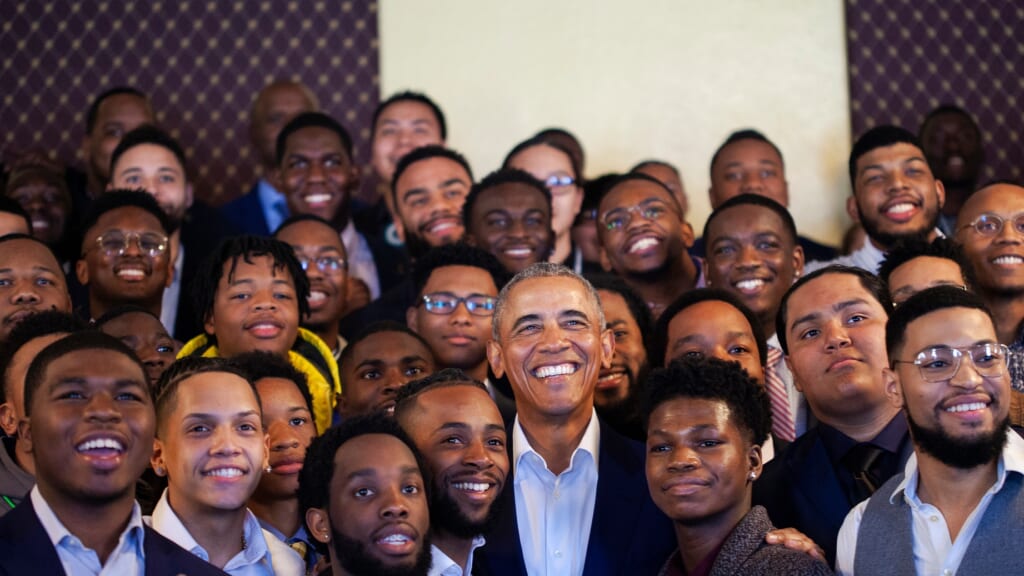 President Obama surprises participants in the Young Leaders Track for a class photo during MBK Rising! in Oakland, CA on February 19, 2019. (photo courtesy of The Obama Foundation)

New Jersey Governor Phil Murphy said today that he was receiving emails from distraught parents of high school seniors who were hoping that some form of reopening the state would happen before graduation. Murphy doubted that large gatherings would be able to resume for the foreseeable future.

The request has been retweeted over 14,500 times and like over 71,000 times. People facing disappointing graduations agreed that having Obama speak to the nation’s graduates might provide some inspiration.

As a high school administrator with coordinating graduation as one of my duties, I feel the burden of more than 200 students on top of my very own daughter’s loss of Spelman graduation participation. Having Obama as a virtual national speaker would be absolutely amazing.

YESSS!!! Obama gave the commencement address at my Northwestern graduation ceremony, and he was of course FANTASTIC. He should absolutely do this for the classes of 2020.

That is a brilliant idea ! In a complete absence of leadership, his voice and wisdom can inspire our future generation of leaders. His would be one of the most reassuring voices in a time that desperately calls for a steady hand at the wheel. #Obamacommencement2020

Paging @BarackObama, you are cordially invited to deliver a national commencement speech to the Class of 2020.

So far, Obama has yet to respond. His most recent public act was to endorse his former vice-president, Joe Biden in his bid to unseat President Donald Trump in this fall’s presidential election. He’s also commented on the pandemic via his Twitter account, including today.

Democracy depends on an informed citizenry and social cohesion. Here’s a look at how misinformation can spread through social media, and why it can hurt our ability to respond to crises. https://t.co/qnLcR3mh8A