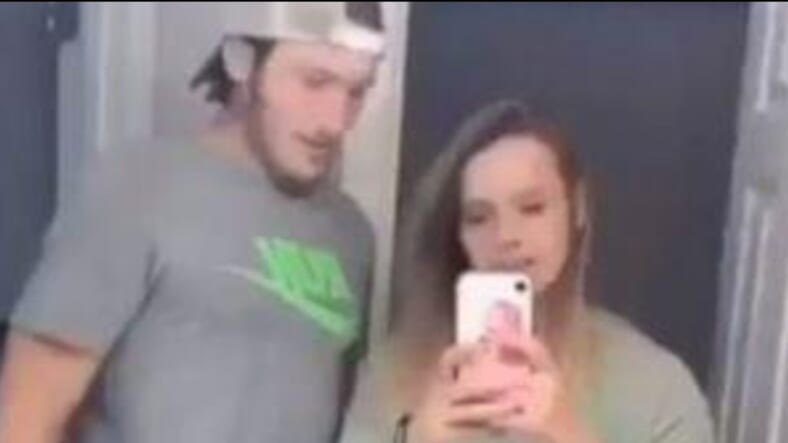 Two high students in Georgia have been expelled from school after posting a racist TikTok that went viral.

READ MORE: Africans racially profiled in China due to coronavirus

The Atlanta Journal-Constitution reported that on Thursday evening, a video was posted to the social networking site that showed two Carrollton High School students using the N-word and spewing racist comments about Black people. The 50-second video was filmed in a bathroom as the teens pretended they were preparing something in the sink as part of a mock cooking show.

The boy then grabbed one cup and poured water into the sink.

Okay I know this probably isn’t going to get a lot of views but I just thought I’d show everyone how racist the kids at my school are. The girl’s name is Stephanie Freeman and she’s a senior at Carrollton High School. pic.twitter.com/jjsLtToSLH

They then joked about fried chickens, watermelons and not making good choices. They also stated that Black people rob “white people” and go to jail.

TikTok removed the video as it went against their code of conduct which forbids hate speech of any kind.

“We are committed to promoting a safe and positive app environment for our community. As we make clear in our Community Guidelines, we do not permit hate speech. The behavior in question is a violation of our guidelines, and we remove any such reported content,” a TikTok representative told theGrio.

The video was also quickly condemned as “Carrollton” began to trend and school officials promised an investigation. The public high school is part of a four-school campus that educates children from K-12 and has graduated several NFL players, including Jaguars tackle Dontavius Russell and Patriots cornerback Jonathan Jones.

“It is our priority to keep our schools safe, and there is no doubt this incident has caused significant tension at Carrollton High School, across the district, state and nation – even the world,” CHS Principal David Brooks said.

“Please know that this video has been addressed immediately and any student involved in the production of this video will face serious consequences. Carrollton City Schools’ top priority is the health and well-being of our students and this type of behavior will not be tolerated.”

The Atlanta Journal-Constitution reported that disciplinary action was taken on Friday.

“The racist behavior observed in the video easily violates this standard,” Albertus said. “They are no longer students at Carrollton High School.”

However, the young woman in the video is a graduating senior and the school is now closed for the rest of the school year. The young man was not immediately identified.