The still-unsigned NFL quarterback donated $100,000 to provide resources to underserved communities during a coronavirus crisis 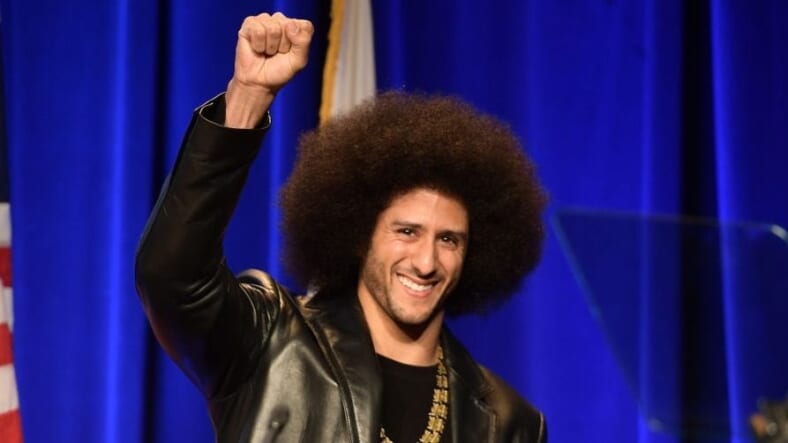 While coronavirus has gripped the entire country, many vulnerable Black and Brown communities have been hit the hardest.

Former NFL star Colin Kaepernick is offering to assist those communities with the launch of the Know-Your-Rights Camp COVID-19 Relief Fund. The quarterback-turned-activist took to Twitter to announce the $100,000 initiative to “address the disproportionate affect the pandemic is having on our communities.”

I’m donating $100,000 to the Know Your Rights Camp COVID-19 Relief Fund. Join us in our mission to help address the disproportionate affect the pandemic is having on our communities?✊?Use the hashtag #WeGotUs & tag @yourrightscamp after you donate so they can show you some love pic.twitter.com/yzcTlvw7mR

The fund will be used to provide underserved neighborhoods with resources such as personal protective equipment, shelter relief, food and education, according to NBC News. The health crisis has shined a spotlight on health and economic disparities that have persisted in the Black community for generations.

Cities with large Black populations, such as Detroit and New Orleans, have been devastated by the fast-spreading disease in comparison to other racial groups.

“Black and brown communities are being disproportionately devastated by COVID-19 because of hundreds of years of structural racism,” Kaepernick, who remains blackballed from the NFL, said in a video promoting the fund. “We need each other now more than ever.”

Kaepernick originally established the Know-Your-Rights Camp in 2016 as an educational space to provide Black and Brown kids with tactics to fight injustice. The relief fund has currently raised over $160,000 since launching.

READ MORE: Colin Kaepernick is reaching out to Jets despite false signing rumor

Kaepernick, as a quarterback for the San Francisco 49ers, stepped into activism that year by silently protesting police brutality during the National Anthem prior to NFL games. His decision to kneel during the singing of the hymn inspired millions around the world, invited criticism and sparked a national conversation about race in America.

He has gone unsigned by a team since 2017, leading to Kaepernick to file a grievance against the NFL for colluding to keep him from playing in the league. The parties reached a settlement in 2019.