Pepa’s daughter Egypt auditioned, but didn’t get role as her mother in ‘Salt-N-Pepa’ biopic

Being a hip-hop star's daughter doesn't mean you can play her in a biopic. 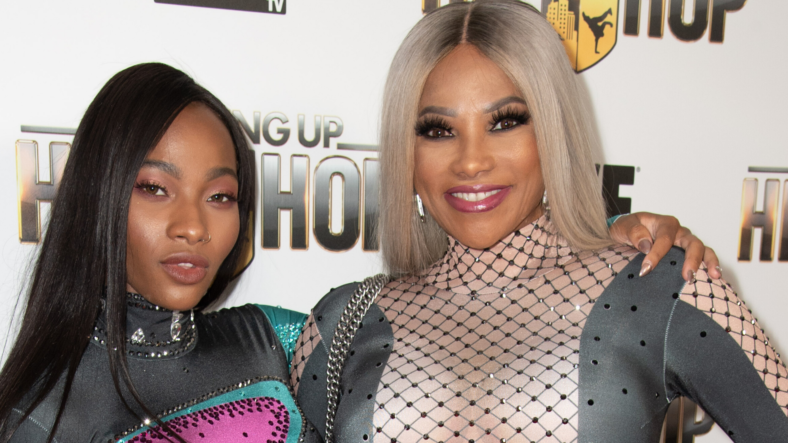 Sandra Denton, better known as Pepa of the Hip-Hop trio Salt-N-Pepa and her daughter Egypt Criss share details on casting decisions for the upcoming Salt-N-Pepa biopic.

As guests on The Real back in December 2019, the mother-daughter duo discusses how Egypt was not selected to portray her mother onscreen.

“When I was prepping her to play me, I was like practicing with her, saying this is what I did then, this is how it happened because it was my story,” Pepa said. “When she went for the audition, -because you know I’m going to let her do the whole process, she came back out like, ‘Mom everything you taught me was wrong.”

Fans of the budding starlet can still catch her in the Salt-N-Pepa biopic. Although Egypt was not cast as her mother, she still snagged a role in the hip-hop film.

“I didn’t get to play her, but I still am in the movie,” Egypt gleefully remarks as the audience cheers.

Egypt is currently making a name for herself as a cast member on WE TV’s reality series Growing Up Hip-Hip alongside Vanessa and Angela Simmons, Romeo Miller, and Damon “Boogie” Dash II.

With maternal DNA from Pepa and paternal DNA from Naughty By Nature’s Treach, Egypt exemplifies the show’s title. She shares with the ladies of The Real when she first realized her mother was a certified rap star.

“I always had like a sense because she was touring a lot, but it was in elementary school when I really first realized it. I forgot my lunch at home, she drops it off school, wearing a big fur coat, shades, everything,” says Egypt.

Salt-N-Pepa is slated to air as a three-hour miniseries, chronicling the girl group’s entire journey and detailing Salt-N-Pepa’s impact on hip-hop culture.

Watch Egypt and Pepa on The Real below: