COVID-19 hitting Black people hard? Too bad, get back to the plantation 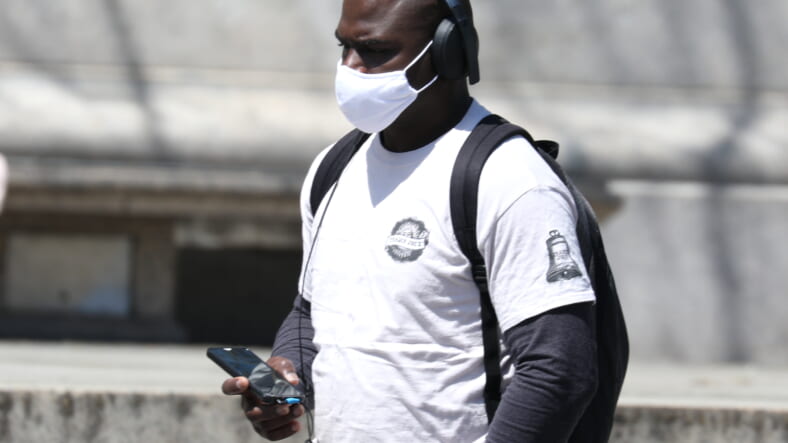 Are you Black, possibly COVID-infected (since testing kits aren’t available for you), either bed-ridden at home because the hospital turned you away or in a hospital dying alone?

Were you one of more than 20 million workers who digitally lined up for unemployment insurance as depression sweeps over the land?

Do you find yourself packed into a city bus that’s defying social distancing, on your way to a low-paying frontline job that’s illegally snatched your sick pay, and petrified at the dude a foot away from you who’s not coughing into his elbow?

Well that’s just too bad because we’re reopening the economy, whether “you Black people” get through this or not. 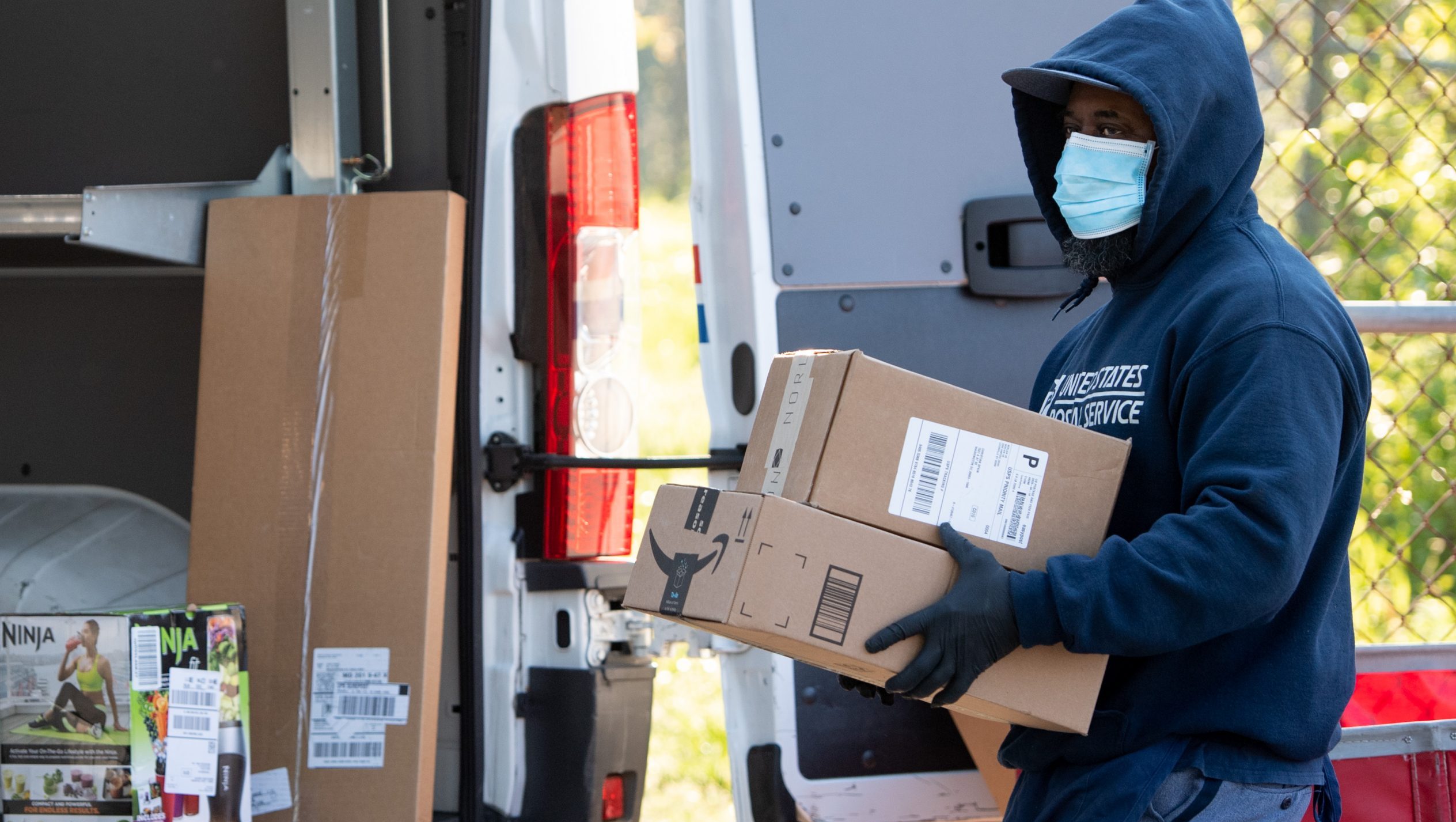 As bioterrorism attacks escalate at state capitols all over the country – oh … wait a minute? Let’s check that and head into a relevant tangent: You actually thought those were “protests”?

You bought into the half-baked headline that there is some massive “backlash” movement of well-intended, but confused and misled Trump-flag wearing White folks who are afraid of impending bankruptcy doom? Sorry, you thought wrong: these folks are bioterrorists. All of them one asymptomatic coronavirus carrier away from infecting 40 other people, who have each moved on to infect 40 others and so on and so forth.

Let’s first establish that these gatherings to scare us into “Reopen America Now” with their brandish guns and confederate flags are COVID-19 hotspots.

These are not protests. No sooner had we started discovering COVID-19 was hitting Black folks the hardest, the calls to ease up on quarantines intensified, with callous conservatives and Republicans — from the orange Tang’ed boss at the top down to his enabling Southern red state governors running states with massive Black residential populations — leading the charge like General Pickett’s rebel troops bum-rushing Union lines at Gettysburg.

You could feel it bubbling at Dr. Anthony Fauci’s glib resignation to skyrocketing Black infection and death rates during an April 7 White House press briefing, where he shrugged on that “… there’s nothing we can do about that right now.”

Surgeon General Jerome Adams not-so-subtly backed it up with compulsory coonery by soft-blaming a full-blown pandemic on the people it was killing the most: “Do it for your Big Mama. Do it for your Pop-Pop. We need you to step up and help stop the spread so that we can protect those who are most vulnerable.”

Soon, noticeably, Black lives did not matter. Calls to reopen the economy have exploded. It’s as if we erred terribly in telling “boss man” we were sick, feeling the pangs of regret for even suggesting there was a nasty viral scourge spreading death among us on the fields.

Nothing, not even a fast-moving pandemic, is stopping the Lone Star state from reopening.

Meanwhile, Texas, which has the largest Black state population in the nation with an estimated 4 million, remains in the top 10 of states with the highest infection and death rates, with the majority of those in heavily Black and urban Harris (Houston) and Dallas counties.

Old confederate compatriots Georgia and Florida also rushed to reopen all forms of unessential businesses and beaches – even as data scientists stumbled upon drunken spring breakers stupidly carried the virus from crowded beaches.

Keep in mind both Georgia and Florida, as well as states like Tennessee, are on that top 20 list of states with the highest infection and death rates – and where the virus is disproportionately hitting Black lives heaviest.

According to the BlackDemographics.com COVID-19 tracker, Georgia, Tennessee and Florida are places where Black residents are 52 percent, 29 percent and 20 percent of all COVID-19 infections in their state.

In fact, as Georgia Gov. Brian Kemp (R-GA) casually lifts restrictions, Black residents comprise nearly 60 percent of all coronavirus deaths in that state. “I’m perplexed that we have opened up in this way,” admitted a flatfooted Atlanta Mayor Keisha Lance Bottoms. “I look forward to having a better understanding of what [Kemp’s] reasoning is.”

The reasoning is the modern plantation that is our economy, a capitalistic environment historically reliant on Black workers’ sacrifice for relatively little pay and reward. Pushing to reopen the economy is a quiet way of admitting a grisly reality: White business owners, small to large, can’t keep bottom lines fattened and GDPs growing without the disproportionate number of Black and Brown frontline workers.

A medic from Empress EMS receives a suspected COVID-19 patient from a home for transport to a hospital on in Mount Vernon, New York. (Photo by John Moore/Getty Images)

Those workers, with few enforced rights, would return to restaurants, entertainment attractions, grocery stores, sanitation routes, operating mass transit buses and trains and filling in all the crucial fiscal blanks to prop up this powerful $22 trillion economy.

Republican leaders and businessmen view these workers as expendable, even during a pandemic of genocidal dimensions.

“White people want to get back to work, check stock portfolios, and collect rent checks? Well they better make sure we have a safe approach to reopening because the American economy relies on Black hands, and COVID-19 endangers that,” social epidemiologist and University of Penn researcher Dr. Kevin Ahmaad Jenkins observed on WURD’s Reality Check recently.

As those calls to reopen increase, the Black community should be ready to counter that sentiment with a work stoppage movement until a reopening is done right. As strategist G.S. Potter argues:

“We need an accurate account of the coronavirus’s impact on Black, Brown, Indigenous and Intersected communities. No economy can reopen without our permission.”

Charles Ellison is a veteran strategist, host/executive producer of “Reality Check” on WURD radio (Philadelphia), Publisher of theBEnote.com and Contributing Editor to the Philadelphia Citizen. He can be engaged on Twitter @ellisonreport.