"I don't claim to be innocent, I am innocent," he explained. "The truth is the best defense. The truth which they know nothing about."

Despite an apparent fall from grace in the court of public opinion, Jussie Smollett is maintaining his innocence and says he is willing to “fight or die” to be cleared of allegations of an alleged hoax about a racist and homophobic attack.

Monday, Smollet plead not guilty to felony charges that he had lied to Chicago police last January when he alleged he was the target of a potential hate crime. Moments after his arrival, Abel and Ola Osundairo – the two Nigerian brothers who claim he paid them to attack him – showed up at the courthouse as well with their legal counsel. 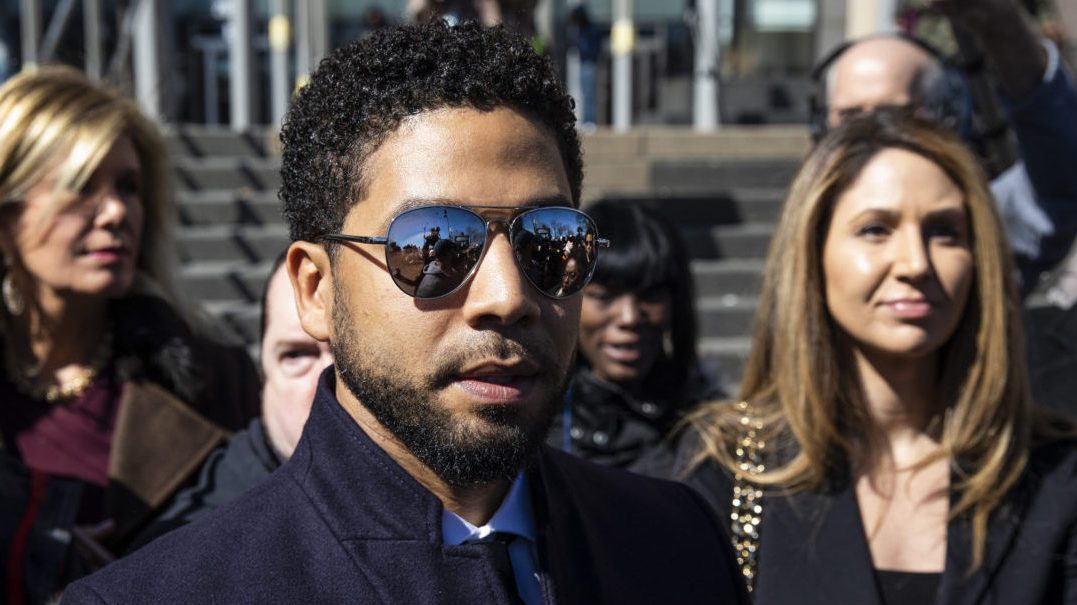 Actor Jussie Smollett leaves the Leighton Criminal Courthouse in Chicago on Tuesday March 26, 2019, after prosecutors dropped all charges against him. Smollett was indicted on 16 felony counts related to making a false report that he was attacked by two men who shouted racial and homophobic slurs. (Ashlee Rezin/Sun-Times/Chicago Sun-Times via AP)

In footage exclusively obtained by The Daily Mail, the former Empire star said he understood why many find the case tedious but argued that he staunchly believes he deserves the opportunity to tell his side of the story.

“It is definitely frustrating but you just gotta, it’s fight or die at this point, right. I don’t claim to be innocent, I am innocent,” he explained. “The truth is the best defense. The truth which they know nothing about.”

During Monday’s hearing, the 37-year-old was charged with six counts of felony disorderly conduct. His attorney Tina Glandian submitted a motion asking the circuit court to dismiss the case.

Glandian argued that given that her client had already been punished in the original case by forfeiting his original $10,000 bond double-jeopardy should apply to these current charges.

“He is holding up, we will get through this. We have faith that the system will eventually work,” she told the publication.

On Wednesday, a federal judge tossed out the actor’s malicious prosecution lawsuit against the city of Chicago and several police officers. The city had sued him in April 2019 for reimbursement on the money spent on his case which included overtime pay for cops. They sought more $130,000. In November, he countersued and stated that the city had already accepted $10,000 and that he was being targeted.

U.S. District Judge Virginia Kendall ruled that Smollett did not have grounds to sue until the case had been resolved.

Last March, the actor plead not guilty to 16 counts of the charge in the same courthouse. Weeks later Cook County State’s Attorney Kim Foxx’s office angered police and local officials when it abruptly announced it was dismissing the case altogether.