Morehouse President David A. Thomas wants incoming students to 'be prepared for a successful transition to college' 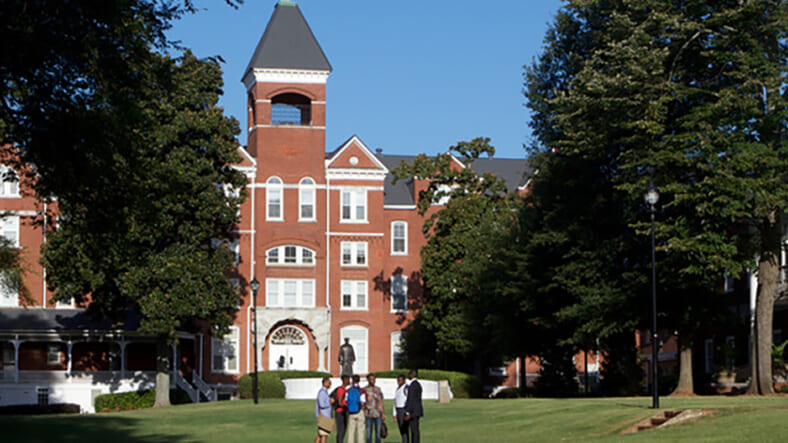 Morehouse College is teaming up with a tech giant to give incoming students a technological advantage for the fall semester.

The Atlanta historically Black college announced that it partnered with Microsoft to provide Surface tablets for new enrollees, the Atlanta Journal Constitution reported. The announcement was made during Morehouse’s “Virtually Admitted-Students Day” via YouTube Saturday, amid a coronavirus pandemic.

The Microsoft Surface doubles as both a tablet and a laptop computer. Personal computers have become even more integral as college campuses closed abruptly and in-person classes were moved online in March due to the deadly COVID-19 outbreak.

MXP.1 News – Morehouse is partnering with Microsoft in a campaign to address the digital divide that will equip newly enrolled students for the 2020-21 academic year with Microsoft Surface 2-in-1 tablets that run Windows 10 and can be used in either tablet or desktop mode. pic.twitter.com/nX2goee6W9

The partnership was fostered by Morehouse’s desire to level the playing field for students. In a news release, President David A. Thomas stated that students at historically Black colleges and universities, HBCUs, are most impacted by the “digital divide” that can be felt in low-income communities. Nearly half of households that earn $30,000 a year do not have home computers, a critical component of the new stay-at-home normal.

“We are grateful to Microsoft for partnering with us to help level the playing field in technology for our new students,” Thomas said in the press release. “The digital divide is another battlefield in the fight for social justice because it is directly linked to income disparities between racial groups.”

With over 90 percent of Morehouse’s 2,200 students qualifying for financial aid, Thomas is happy that this initiative will help students and their parents be “be prepared for a successful transition to college.”