The former team captain revealed on 'The Last Dance' documentary, how he once had to fly to Las Vegas to get his teammate

25 Apr 1997: Michael Jordan and Dennis Rodman of the Chicago Bulls hit knuckles during their 98-86 win over the Washington Bullets in the NBA first round playoffs at United Center in Chicago, Illinois. Mandatory Credit: Jonathan Daniel /Allsport

The ESPN documentary The Last Dance continues to spill all the hot tea about Michael Jordan and his Bulls teammates, particularly during his last season with the team.

Last night, the second night of the series, Jordan shared that he once had to fly to Vegas to retrieve his teammate, the brash and outspoken Dennis Rodman, from the bed of his then-girlfriend, Carmen Electra. The former MTV video host and actress stated that it could be “hazardous” being Rodman’s girlfriend due to his off-court antics.

Jordan said the trip came after a meeting where he implored Bulls’ coach, Phil Jackson to urge Rodman not to travel. Jordan was convinced that the star rebounder would not return on time. And he was right. After four days, MJ himself went looking for Rodman to bring him back to Chicago.

6 Jun 1997: Guard Michael Jordan of the Chicago Bulls stands on the court during a playoff game against the Utah Jazz at the Delta Center in Salt Lake City, Utah. The Jazz won the game 104-93. Mandatory Credit: Brian Bahr /Allsport

Despite his off-court behavior, The Last Dance rightly explained the sheer talent and drive that Rodman had to be one of the best Power Forwards in the league. A seven-time rebounding champion, “The Worm,” was known for his toughness and ability to grab the ball back by any means necessary.

Prior to his time with the Bulls, Rodman won back-to-back championships with the Detroit Pistons-the team that drafted him in 1986. That team was known as the “Bad Boys,” who were also featured in last night’s series. 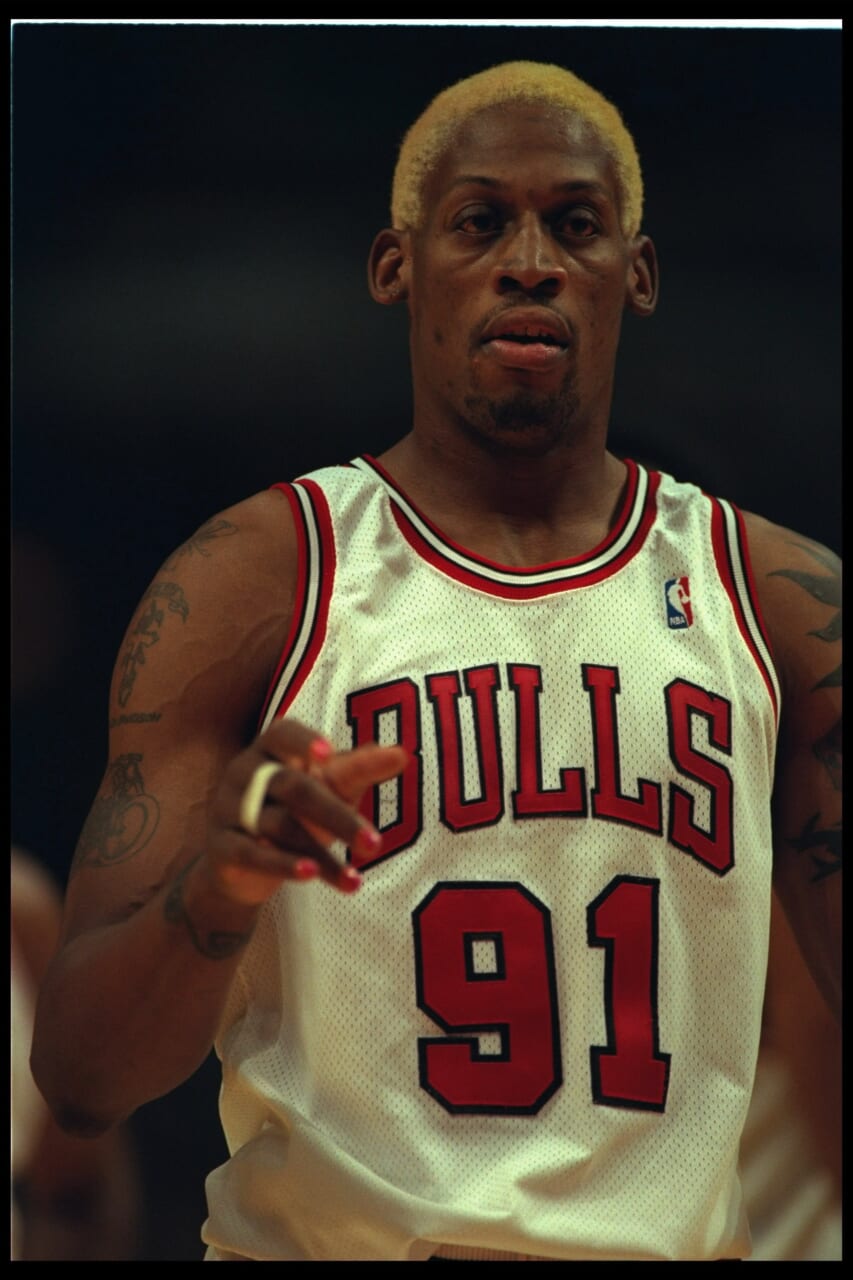 Rodman is a five-time NBA champion, two-time NBA all-star, and two-time NBA defensive player of the year. In The Last Dance, the eccentric star talked about his practice schedule where he would hit the gym as early as 3 am to work on his rebounding skills.

READ MORE: Dennis Rodman believes 10-20% of pro athletes are gay and should come out

Dennis Rodman retired from basketball in 2006 after departing the NBA in 2000. On April 1, 2011, Rodman was inducted in the Naismith Memorial Basketball Hall of Fame.