The president misspells the award, seems to confuse it with another and deletes his tweet after an onslaught of critique 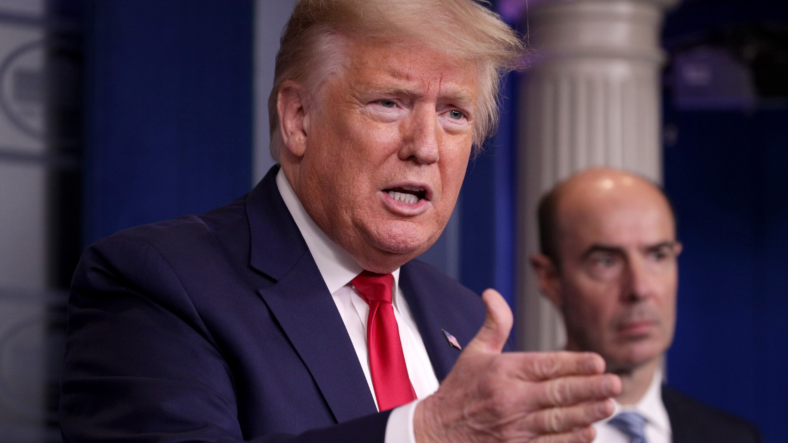 President Donald Trump posted then deleted a tweet on Sunday lashing out at the news media, again. In the tweet, he questioned whether reporters who won “Noble Prizes” for their work on the Russia investigation would return them.

The tweet was mocked on Twitter as the ‘Nobel Prize’ was not only misspelled and usually not given to journalists. It is likely that the president was thinking of the Pulitzer Prize.

He continued the rant in a three tweet thread further stating that he could give the “Nobel Committee,” a list of people whom he considers “real” reporters. He then asked with the committee would demand the prizes back.

The president is repeating his usual rant about reporters getting the Pulitzer Prize, except he is repeatedly calling it the “Noble” Prize. pic.twitter.com/Lt8XM2QJTr

Frequent Trump critic, George Conway-spouse of Trump Aide, Kellyanne Conway replied that the president is in “so over his head, you can’t see the surface.” Conway even went so far as to change his Twitter handle to “George Conway, Noble Committee Chair.”

Those reporters are indeed noble. You are ignoble. You are also ignorant. You refer to the wrong prize, and have misspelled it, to boot.

You’re so far in over your head you can’t even see the surface. https://t.co/1lkcL1tnoM

ABC News reporter, Will Steaken stated the blunder was one that Trump allies would criticize Democratic presidential hopeful, Joe Biden, for.

This is the kind of statement Trump allies would rip Biden to shreds for making https://t.co/UgwFoCoeeF

Other political analysts point to this latest blunder, amid the COVID-19 pandemic, as evidence that the president’s mental state is unraveling.

Noble prizes? First of all, it’s Nobel prizes. Second of all, I think he means Pulitzers; reporters don’t win Nobels. Third, at a time of a pandemic, why isn’t this string of tweets prima facie evidence of the necessity of the 25th amendment being invoked? https://t.co/1UTYgs1u2J

The Nobel Prize is awarded for literature, physics, chemistry, physiology, medicine, and the well-known peace prize. It is likely that the president was talking about the Pulitzer Prize which is awarded to journalists. In fact, he may have been directly referring to Maggie Haberman of the New York Times who won the Pulitzer for her writing about the Russia investigation. The last time that a Nobel Prize has gone to a journalist is in 2015 when Belarusian writer Svetlana Alexievich won the award in the literature category.

Strangely enough, Alexievich won the honor for her work documenting life under the rule of the Soviet Union.

Former president, Barack Obama, won the Nobel Peace Prize in 2009 for his “extraordinary efforts to strengthen international diplomacy and cooperation between people”.

Trump later tweeted that he was being sarcastic about the “Noble Prize,” defining the word noble: ‘having or showing fine personal qualities or high moral principles and ideals.’

Does anybody get the meaning of what a so-called Noble (not Nobel) Prize is, especially as it pertains to Reporters and Journalists? Noble is defined as, “having or showing fine personal qualities or high moral principles and ideals.” Does sarcasm ever work?

It is the second time that the president implied that he was being “sarcastic” after being skewered in the media for comments. On Friday, he implied that people could ingest disinfectants to cure them of the coronavirus.

The United States is nearing one million cases of the deadly virus and over 55,000 people have died.